Statues are repositories of enduring truths about ourselves

The aphorism ‘behind every fortune, there’s a crime’, has considerable truth, no doubt. The new sensitivities around bequests and bursaries of questionable provenance from the super wealthy of bygone ages has forced a rethink about honouring them in public memorials. It is indeed sobering to consider that grand foundations like universities may have been paid for at least in part by the blood money of slavers and racist colonizers. Whether the endowments of today’s billionaire donors to ‘woke’ causes stand up to ethical scrutiny is a question for another time no doubt.

Is there any fortune that can be said to be ethically clean by all reckonings ? We are all flawed and all of us swayed by the mores of our times. It is certain that future ages will look back on the early decades of the 21st century with a great deal of disapproval or worse. They won’t define the values of our age in the same way we do as their perspective will include knowledge of the remote and collateral consequences of our behaviour and of the inconvenient truths the powerful of our time try to suppress.

What will future generations make of our concern for black lives in one context, police brutality, but not in others, gang killings and genocidal levels of abortion? Maybe they will be amazed at our obsession with past wrongs while blithely ignoring the horrors of our own time? What will they think about the hypocrisy of mining the past for wrongs and purposefully tracing their impact on the present, while profiting from indentured labour in ‘the dark satanic mills’ of South East Asia and China ?  Will they see this mindset as a genuine effort to force history to rhyme with justice or a campaign to promote a culture of victimhood for political ends? Will they muse at our punishing climate goals at home while changing nothing in the consumption culture that continues to spew pollution into the atmosphere of developing countries? Will they wonder why we fret frantically about alleged rights abuses in a fully democratized super power while averting our eyes from the glaring, daring abuses of another avowedly undemocratic one?

Anyone who claims to understand history should know that it is largely the story of powerful individuals whose weaknesses tend to be eclipsed by their achievements until they come to light, when the reverse tends to happen. When Michelle Obama moved into the White House, there was much wistful comment about the descendant of slaves occupying a grand house built by slaves. Nobody thought to mete out retrospective justice to George Washington. But we have come a long way from 2008. In today’s virtual purge of historical icons on the wrong side of social progress, the name of George Washington has yet to emerge. It will be awkward if and when it does, The man celebrated as the founding father of the New World’s great democracy, after whom its capital city is named, whose face emblazons its currency, who won liberty from the greatest colonial power the world has known could not be brought down without dislodging a lot more, one imagines.

It is time to step back from the iconoclastic rage sweeping the western world and ask where it is leading us ? Where will it stop? The foundations that benefited from slavers’ bounty had confiscated their sites from monasteries in many cases. Westminister Abbey takes its name from the Benedictine monastery that stood on the site till the Dissolution in 1539. Trinity College Dublin likewise stands on the site of a former dissolved Augustinian monastery. Who would suggest payback for the religious orders concerned? The new avengers of historic wrongs are unlikely to turn over those stones. I doubt anyone who might be said to have a material interest in the question would want to either.

It is not just the ethical provenance of institutions and memorials that is in the line of fire from ideological iconoclasts. Most artists were people of their time too and some even transgressed basic codes of decency common to all times.  Dickens and Tolstoy wrote stories of inspiring love but they were not good husbands or fathers themselves. Enid Blyton was emotionally abusive to her own children while she wrote books to delight the children of strangers.  These days authors can suffer public odium for far less.  This week, Harry Potter author, the usually ideologically sound JK Rowling, was expelled from the ranks of the woke because she believes that biology not choice determines sex.  The lead actors from the film versions of her books, Daniel Radcliffe and Emma Watson, publicly denounced her views.  Daniel Radcliffe, in a classic display of no cost virtue signalling, expressed regret that ‘ the experience of the books is tarnished or diminished for readers’. In saying so he put clear water between the author and her work from which he continues to benefit.

There are statues such as Bristol’s Edward Colston, whose claim to public gratitude resides solely in the bequests he made to his native city from his fortune as a slave trader. There is every reason to review his place in any kind of hall of fame. That should be done by the relevant authority, however, not by a mob on the loose. In general however, there is a lot to be said for keeping memorials of flawed greatness as a lesson to future generations to pause before investing too great an expectation in the emerging icons of their own time. And particularly to pause before making them unaccountably powerful.

There is an elaborate memorial to the anti-Semite and musical genius Richard Wagner in Berlin. His music became something like a soundtrack to the political chimera that was the Third Reich. It is right that it remain.  It stands indicted by other memorials like the extraordinary statue of the unknown prisoner in Dachau, with hands buried in pockets, emaciated face tilted upwards in an attitude of defiance. What is glorious, transcendent and magnificent in great art is dwarfed by the unvanquished spirit of an oppressed people. Like great statesmen, including Winston Churchill who wrestled the destiny of Europe from Adolf Hitler, the legacy of great men and women is mixed. Memorials help us to be aware of that.

Tearing down memorials is virtual and tokenistic. Human nature persists. Anything that helps us understand ourselves should not be erased or ‘cancelled’. Irish people were once downtrodden in their own country and the countries to which they emigrated. They carried a sense of inferiority that was imbued into them by centuries of colonialism that took their language and stymied the development of their culture. They were not helped to equality along a path of shattered statues, political slogans and patronizing affirmative action that  perpetuates victimhood. On the contrary, one might say. When Britain’s Queen Elizabeth visited Ireland, she offered the rather insipid regret that  ‘some things might have been done differently or not at all’ in the shared history of both countries.  Is that all there is to say about enforced tithes to Protestant clergy, evictions, famine?Or is it best to avoid raking coals when everyone is finally getting comfortable together ? That was the thinking back in 2011.  Would it be good enough today?

The minorities of today who have yet to fully live down the stereotypes history has bequeathed them have nothing to gain from their woke champions. What they are doing is exacerbating tensions, perpetuating a sense of exclusion through coercive,counter-productive remedies like ‘hate speech’ legislation and cautions about micro-aggression that are as close to ‘thought crime’ as it is possible to go.

There is a certain kind of befriending that belittles and demeans. Barack Obama when he did not need the race issue as an electoral strategy spoke of empowering marginalized minorities through education across a wide spectrum including education in taking responsibility as parents and citizens. Today he has been co-opted to the cause of ejecting Donald Trump from the White House and so is playing woke politics instead of offering the constructive comment that characterized his presidency . His statements when in power showed he understood well what many black intellectuals like Thomas Sowell are saying today which is that it can take several generations to complete the social and behavioural change needed to defeat racism.

The exploitation of ethnic and other forms of identity politics has only served to accentuate differences that really should be of no account in a fair and humane society. The reason grievance politics has such electoral traction is not because it commands the overwhelming loyalty of the minorities concerned- it does not- but more because it enlists the support of middle class liberals who need worthy causes to recover the moral identity they appear to have lost with religious belief.

The future of work: Out of chaos may come a new and better order 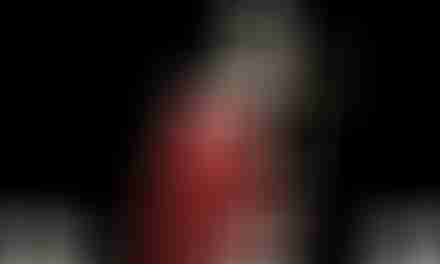