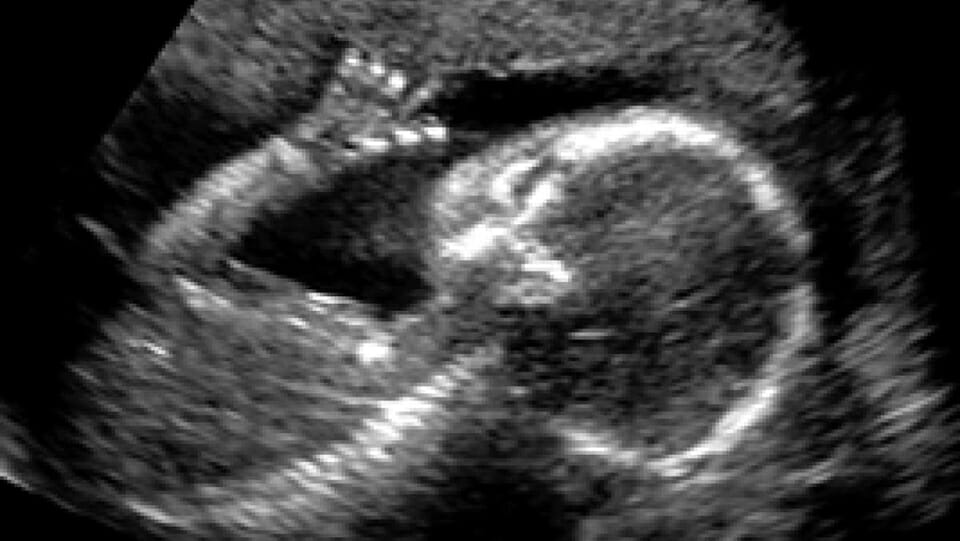 A paper examining the practice of late-term abortion and feticide in Irish maternity hospitals paints a deeply disturbing picture of the brutal reality of Ireland’s abortion regime.

Three medical professionals from various departments of University College Cork sought to look at the experience of 10 Fetal Medicine Specialists who provided abortion in Ireland in cases where the baby had a severe life-limiting condition – though the term “fatal fetal anomaly”, which is offensive to many parents, is used in the paper.

The study shows that Irish doctors are deeply divided on provision of late-term abortion, and that even those carrying out the procedure saw it as ‘brutal’, ‘awful’ and ‘emotionally difficult’ – referring to it as ‘stabbing the baby in the heart’.

“I remember getting sick out in the corridors afterwards because I thought it (feticide) was such an awful procedure and so dreadful,” one doctor is quoted as saying.

Abortion providers said that they faced “widespead opposition” from other doctors, and in particular from neonatologists who care for babies after birth. Half of the specialists providing late-term abortion said that they experienced “opposition with conscientious objectors” and others shared that there was ‘a massive uncomfortableness’ and ‘suspicion’ with abortion. “Half of the participants shared feelings of disapproval and disrespect from local, national and retired colleagues,” the paper notes.

The reluctance of Irish doctors to embrace abortion is a ray of light in this grim paper which is utterly indifferent to the humanity of the little person whose life is being summarily ended.

To understand the very natural reluctance of many doctors to embrace late-term abortion and feticide, it is important to also understand what is being performed. According to the Royal College of Obstetricians and Gynaecologists (RCOG) feticide is carried out after 21 weeks and 6 days of gestation to ensure that there is no risk of a live birth.

The RCOG cautions that in “cases where the fetal abnormality is not lethal or the abortion is not for fetal abnormality and is being undertaken after 21 weeks and 6 days of gestation, failure to perform feticide could result in a live birth and survival, which contradicts the intention of the abortion”.

A study published in the British Journal of Obstetrics and Gynaecology clarifies that potassium chloride is injected into the baby’s heart to induce a fatal heart attack. As recently noted, the administration of potassium chloride is considered so painful that both the American Veterinary Medical Association and the authorities in charge of USA executions consider it necessary to firstly administer an anaesthetic and/or a paralytic to avoid pain or suffering to the animal or the prisoner being put to death.

There appears to be no such obligation to administer similar pain relief to babies being put to death in late-term abortion. In fact, Simon Harris refused even this small shred of humanity to permeate his legislation when he rushed it through the Dáil in 2018.

In the UCC study, the authors note that the specialists carrying out abortion were fustrated by conflict with neonatologists and were “unclear as to who will look after those babies’ if a baby was “born alive following an abortion by induction of labour and without feticide”

This would leave the doctor who performed an unsuccessful late-term abortion “begging people to help” them provide palliative care if the baby survived, the study recorded.

It is worth recalling at this point that when the issue of children being born alive following an abortion was put to Simon Harris in 2017, he dismissed the idea as ‘scaremongering.’ Worse still, when Deputy Danny Healy-Rae informed the Committee on the Eighth that he had met abortion survivor Melissa Ohden, Fine Gael’s Kate O’Connell  (no longer a TD) snidely responded: “She remembered it well, did she?”

The paper suggests that some babies will survive abortion in Ireland, and will be left to die. Palliative care might be given, but no effort will be made to save the child. This is utterly monstrous.

Doctors have concerns about these babies surviving – but only, it seems, that they may survive for too long. “None of us want to be in a situation where we thought, ah sure deliver and then the baby is alive six weeks later and there’s all the issues that go with that,” one is quoted as saying.

The authors of the paper are clearly supportive of abortion provision. Their disapproval of colleagues who hold to the maxim that doctors should not kill their patients is evident, especially in referring to conscientious objectors as “obstruction” – a term favoured by abortion extremists such as Sinn Féin’s Louise O’Reilly or former TD, Ruth Coppinger.

One deeply disquieting section of the paper implies that the law should be broadened because some conditions afflicting the baby are not ‘fatal’ enough.

“Despite identifying the need for collaborative working, nearly all participants experienced ‘conflict’ or ‘opposition’ when discussing the fatality of conditions. Half of the [Fetal Medicine Specialists] described meetings as ‘divisive’ involving ‘contentious cases’,” the authors note.

So it appears that some other doctors are actively opposing a default to abort babies with a severe disability. The paper implies that this is a hindrance rather than an expression of fundamental decency.

Then they get down to brass tacks. The legislation as it exists is “difficult” and “restrictive” because sometimes babies are diagnosed with a condition where they might live longer than the 28 days referenced in the legislation. They coldly describe these babies as ‘not clearly fatal but clearly awful’.

“Non-fatal is a whole different ball game. You have got a baby with life limiting, with a poor quality of life which may limit the duration but it is certainly going to have an impact on the parents and the other children in the family and the rest of their lives. That is a much bigger deal and I feel for those parents now, I feel they are completely and utterly abandoned really by the system,” one abortion-providing doctor is quoted as saying.

These abortion providers have plenty empathy and sympathy for themselves, if not for the child so callously described. They fear getting a diagnosis wrong, and complain – or lamented to use the language of the study – having to bring cases to other doctors for discussion as some medics were “too ‘vocal’ and ‘strong’ with their ‘anti-abortion’ opinions”.

The paper was published in September 2020, some 16 months after the shocking case of a baby boy who was aborted in the National Maternity Hospital in Dublin came to light. The baby’s parents were wrongly informed that he had been diagnosed with Trisomy 18 and would not live long after birth. They say that they were led towards a termination by the doctors dealing with their case. After the baby was aborted tests showed that he was perfectly healthy.

There is no mention of this case in the paper – no reflection on how it might give pause to doctors who seem to be busy telling mothers that termination is the best option. Instead there’s an implication that the law needs to be changed fast so that less severe conditions and disabilities can also qualify for late-term abortion.

Though that is not its intention, the paper is, without any doubt, one of the most disturbing and alarming assessments of late term abortion practices that are currently being carried out in Irish hospitals. .

It is a ‘service’ that is light years away from the unhinged euphoria that swept through Dublin Castle following the 2018 referendum result.

The study does offer a devastating insight into how the doctors who engage in late term abortion and feticide actually feel. This again, as we shall see, will bear zero resemblance to the persistent attempts to ‘normalise’ abortion as just another medical procedure, which doctors would be more than willing to provide:

We have quoted at some length from the study here because it is likely that most readers may not have access to the full article. If you can, we suggest you read it.

If not, then at least you are a little bit more aware of what the painful reality of late term abortions looks like in our hospitals. It would make you weep for humanity.

Angry mob to 2FM: No, you can’t “discuss face masks”