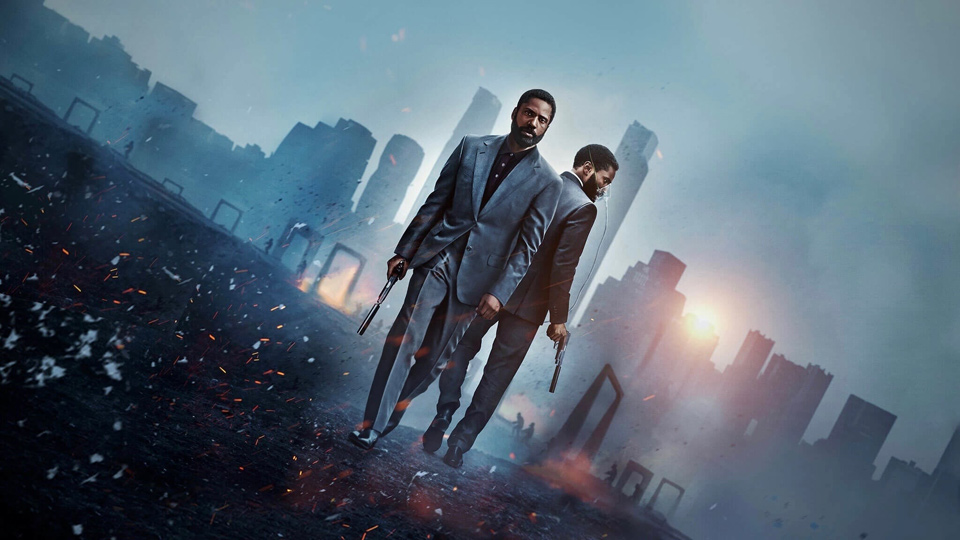 You thought diving into the concept of layered dreams was hard to follow in Christopher Nolan’s Inception? Or perhaps it was the apparently plausible yet highly theoretical physics of Interstellar that cooked your bacon. Well, none of these comes even close to the mind-boggling experience of Tenet.

Now, I’m not the sharpest knife in the drawer. I’m just an average guy with an average brain so when it comes to assessing film narratives I’m a good litmus test for what most people will get from a film. And right off the bat I confess that I didn’t get the main plot of Tenet. Only after much supplementary reading is it making a little more sense.

Tenet is impossible to follow unless you grasp the concept of “time inversion”. On top of this the audience has to be prepared to watch scenes where people are travelling forwards in time while at the very same moment other people are travelling backwards through time — this means some people and objects are moving normally while other people and objects are in reverse.

Is your brain beginning to hurt?

So I recommend you do a 30-minute read-up on the concept of time inversion. (Try this article in CinemaBlend or this one in ScreenRant.) Or if you’ve got a good head on your shoulders then plunge in, don’t do any prep work and see if you can stay with the main plot and subplots from start to finish.

The story follows a protagonist whose name is never revealed, played by John Washington. So let’s refer to him as Protagonist.

After an act of bravery working for the CIA, the Protagonist is handpicked for a special mission called Tenet. If he fails in this highly confidential mission it will spell the end of the world, as he learns from Kat, (played by Australian actress Elizabeth Debicki), the estranged wife of the bad guy:

Kat: As I understand it, you’re trying to prevent World War III. Protagonist: Nuclear holocaust? Kat: No. Something worse.

The mind boggles. What could be worse than a nuclear holocaust? Playing Elvis tracks backward over sky-mounted loudspeakers? Playing them forward?

It is something worse. The Protagonist learns about time inversion — that objects and even people can reverse through time. Certain physical properties, no need for the supernatural, can make this happen.

The Protagonist is given an assistant, Neil (Robert Pattison), to help him uncover the secrets of what’s happening. They want to learn why a group of people want to bring about the end of the world, how they got hold of technology to invert time, how they’re planning to use it and how they can be stopped.

The action sequences are amazing to watch only because they’re completely original — it’s action as you’ve never seen before.

There’s a car chase and hostage situation where half the vehicles and people involved are travelling backwards and half are travelling forwards, yet they’re all involved in the single event. There’s hand-to-hand combat where one person is in reverse and visually  they’re moving in reverse while their opponent isn’t.

These visually stunning moments look completely realistic because very few visual effects were used. Most of the explosions, stunts, fight scenes were filmed live and on location.

Two other aspects made it worth watching: the acting was top drawer. The British star Kenneth Branagh probably had the most difficult character, a narcissistic and sadistic Russian arms dealer, but he nailed it. And there is an interesting subplot that revolves around a marriage and questions about how two people stay or fall out of love.

As a spectacle, Tenet is one of the most intriguing espionage films I’ve ever seen. But “intriguing” doesn’t mean comprehensible. It means that Christopher Nolan blends mystification with superb action sequences. I’d give it an A as a thriller, an A as a brain-teaser, but just a C as a human drama.

Review: Rambo, Last Blood – a travesty of a movie