A report from the Roman Province of Judea

“I, Lucius Tacitus, write from the Province of Judea in the month of Aprilis, the XIX year of the reign of the August Caesar Tiberius.

Events have come to pass in the Province this past month which must be brought to the attention of the August Caesar, Tiberius. The Province has long been an unsettled sector of the Empire populated by a uniquely troublesome people, causing great anxiety to the imperial governance. This people, separated from the other peoples of the Empire by their religion of Judaism, need to be governed with intelligence by a procurator who understands the complexity and volatility of the situation.

The present procurator, Pontius Pilate has held authority in the name of the August Emperor for nearly ten years. He is an inflexible, merciless and obstinate man, who shows little awareness of the religious sensitivities of the Jews.

The people of this province are a headstrong, discontented people. They constantly demand special privileges from the Emperor in the name of their religious beliefs. The magnanimity of the Emperor is seen by them as a weakness which only serves to encourage rebellious incitement. It is perhaps time, especially in light of what recently took place, that this policy be reconsidered.

However, for this to be accomplished effectively the appointment of a new procurator is essential. Pontius Pilate is a man capable of both immense cruelty -as the Emperor is keenly aware, having already reprimanded him- and of great indecision, which can be used by the religious leaders of the Jews to have their way, even when this is not in the interest of the Empire.

The procurator’s vacillating intemperance –being sometimes infirm and sometimes vicious- lacks the sobriety and authority necessary to maintain Pax Romanus in this corner of the empire. His imprudent rule threatens the stability of the province.

During the past month an event occurred during the Jewish religious festival of Passover which shows the gravity of the threat to the imperial governance of this Province.

The most obvious threat is that posed by the Jewish religious leaders to Roman jurisdiction, who briefly challenged and usurped Roman justice. By threatening to cause a public disturbance, they forced Pontius Pilate to acquiesce to their demands and had a man executed according to their laws and not those of Rome. Such a situation cannot be allowed to occur again if Roman Rule is to be maintained in the Province. If Rome cannot have her laws adhered to in this god-forsaken piece of desert, then the entire empire is at risk.

The other situation which needs immediate action from Rome is this question of the freedom of religions which do not acclaim the divinity of the Roman gods. How long can we allow such threats as those posed by the teachings of a man from Nazareth (a small town in the middle of the desert) known as Jesus, who was the centre of the recent disturbance in Jerusalem. This threat is somewhat more troubling than that of law and order since it is of a religious nature, so it requires close monitoring. This is the reason that I, your loyal subject, recommend the appointment of an intelligent governor who is loyal to Rome but who also understands the religious sentiments of these people.

The unrest centred on the Jewish religious leaders, inciting the mob to usurp Roman law in an attempt to eradicate a threat to their religious authority. They were worried that this man Jesus, who claimed to be the Christ – the hoped-for Messiah of the Jewish people- was threatening their influence over the Jewish people and, led by their high priest Caiaphas, decided he must die.

This Jesus fellow did have a following among the people of the countryside in Galilee (Herod’s sphere of influence), which did not really cause much upset to the city-based religious hierarchy centred around the Jewish temple in Jerusalem. However, this religious elite were moved to action when rumours began circulating that Jesus had raised a man called Lazarus of Bethany (a town near to Jerusalem) from the dead.

People claim to have seen this; and many who have flocked to see Lazarus remain convinced that this man, Jesus, is the ‘messiah’ of whom their religious prophesies speak. This seditious thinking was gaining support amongst the people of this volatile province.

According to witnesses this Jesus claims to be the light, and to follow him ‘is to walk in the light while all else walk in darkness.’ His ideas are capturing the Jewish imagination and are an affront to the illumination of Roman civilisation. He says that while all else will pass, including Rome, he is eternal.

He was then brought, bound, in the middle of the night, before a religious court consisting of a council of Jewish religious leaders -an act which is against their own religious law.

It ruled that this Jesus should be executed for claiming that he was the Holy One of God who would destroy their temple. We all know how seriously they take their Temple. The August Emperor will remember that previously he has had to order Pontius Pilate to leave that place alone.

Early on the Friday morning he was brought to the Praetorium of Jerusalem where Pontius Pilate addressed the assembled gathering. Presented with an unlawfully seized prisoner, and in one of his moments of doubt and uncertainty, Pilate decided to have him scourged to see if this would placate the religious leaders. 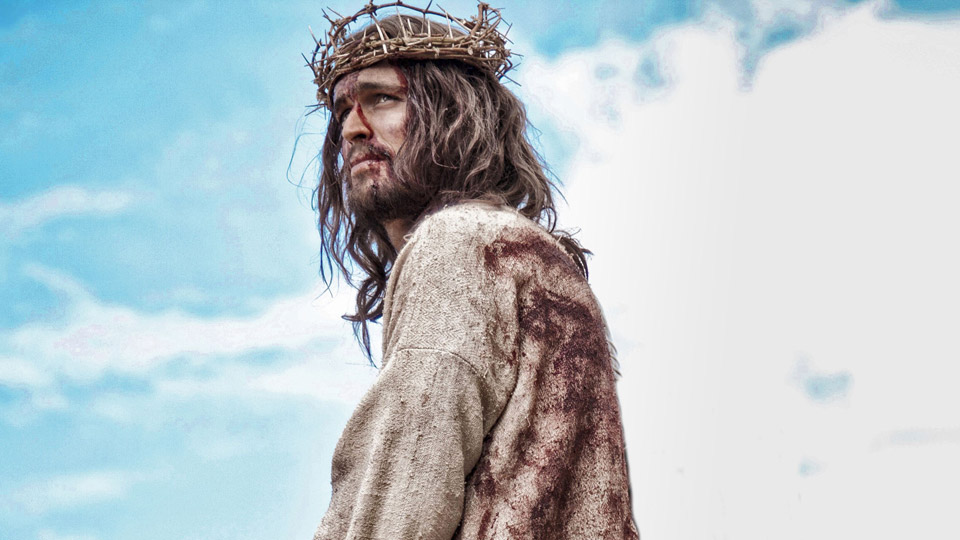 Unknown to Pilate, the soldiers scourging Jesus – in mockery of him – placed a crown of thorns on his head and clothed him in purple robes and then hailed him in mock adulation as ‘the king of the Jews’. Pilate then presented Jesus to the crowd from the Judgement seat. ‘Behold your king’, he said, whereupon they replied: ‘We have no king but Caesar’.

Even the sight of him after the scourging did not appease them. They demanded that Pilate have Jesus crucified as he had broken their religious laws.

Again Pilate tried to placate their thirst for blood by offering to release a single prisoner, as is the custom in Passover. So he let the mob choose between Jesus and a man called Barabbas.

The crowd demanded, though they have no love for Barabbas, that he be released and Jesus be crucified, and so Pilate let a man go free whom Roman justice had found to be guilty. Adding insult to injury he also stated publicly that he found no guilt in the Nazarean, and in a public show of aloofness he washed his hands of the ensuing events. In dread of violent unrest Pontius Pilate lost control of the situation and let the mob, rather than his authority as a procurator of Rome, dictate his actions. To appease the mob, he had this man Jesus crucified.

How can this man claim to be the enforcer of Roman justice? Under Pontius Pilate the religious leaders rule the province – not the emperor. The threat to Roman authority cannot be understated. This gravely undermines the authority of the Emperor. 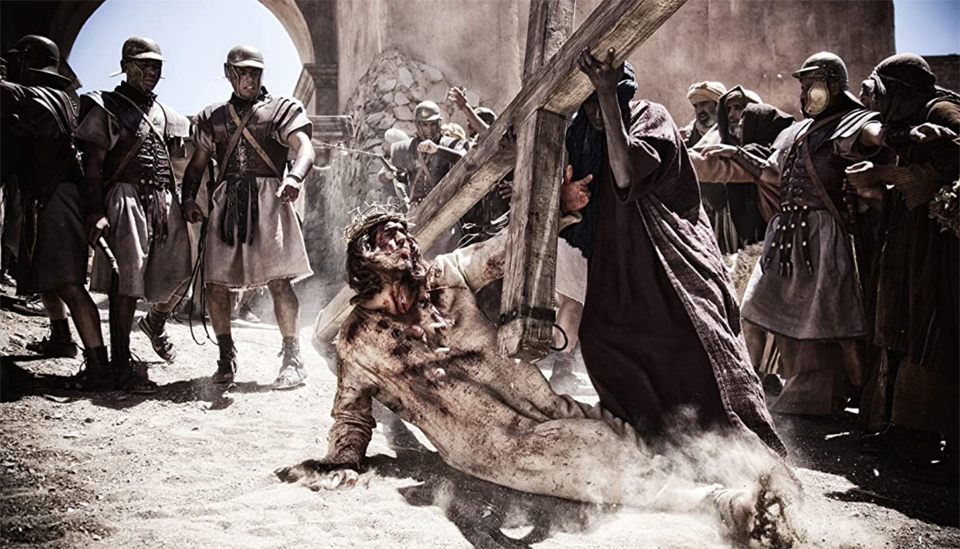 The soldiers took the condemned Jesus and made him carry his own cross to a place known as the place of skulls, called Golgotha in Hebrew, where they crucified him. In a petty and badly judged gesture, Pontius Pilate had the charge posted over the head of the condemned man, ‘This is Jesus the Nazarene, the king of the Jews’. This provocation upset the Jewish religious leaders; so while at one moment he is giving in to them, in the next he is causing them discontent.

As evening approached, the chief priests of the Jewish religion demanded that the executions be terminated as their holy day was beginning. They stipulated that the legs of the criminals be broken so that they would die at once. Who is ruling in this Province, the religious superstitions of the Jews or the procurator of the Roman Emperor?

The leader of the cohort of Roman soldiers, a Centurion named Longinus, was given this task. As is our practice, he broke the legs of two of the criminals but when he came to the Nazarean he saw that he was already dead and he cast his spear into his side, and at once there came out blood and water. This had a profound effect on him, and his companions now report that he speaks of being converted to the preachings of this Jesus. 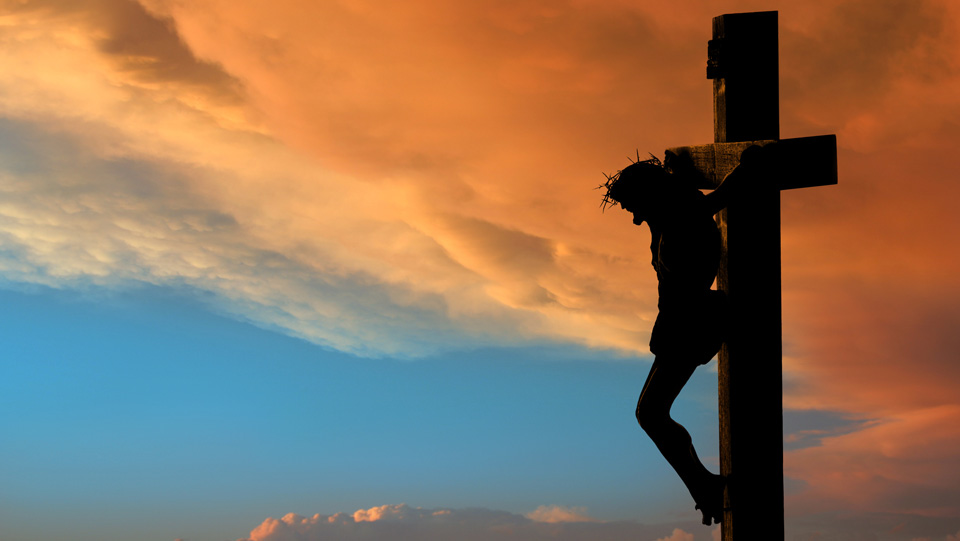 Some followers of Christ took his body from the cross and buried him in customary fashion in a tomb near the place of crucifixion. But by the first day of the following week (Sunday), someone else (perhaps more of his followers), had removed the body. Strangely enough they removed the body but left the cloth in which he was buried in the tomb.

The concession to the Jewish religious leaders allowing them to maintaining a judicial authority in the province is an overt threat to Roman rule and the stability of the province. The Jews are a factional people which leads to small internal conflicts in the province, the fact that there are two authorities to appeal to make this an intractable problem. These Jewish religious matters are not of little consequence to Roman interests, and the new procurator should keep a sober interest in their developments. To rule here, one must understand the internal animosity between the various Jewish tribes such as the Zealots, Samaritans, and the Galileans, and be able to leverage them when required.

This is a problem that changes unpredictably.

For instance, the crucified man, Jesus’s followers have a strong devotion to him that may supersede their loyalties as Roman subjects. It is based largely on claims of God-like powers. For instance, when he was apprehended by the soldiers in the garden of Gethsemane one of his supporters was said to have struck off an ear from one of the temple’s guards. Witnesses swear that he reattached the ear so that the guard is perfect again. 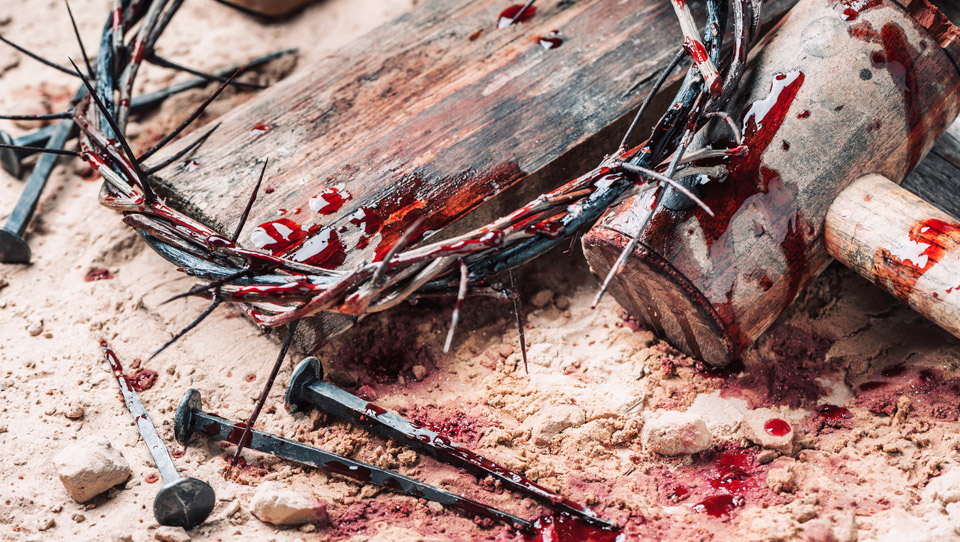 Other people swear that they have seen the Nazarean walking in their midst – that he has risen from the dead.

They are now proclaiming him their ‘Messiah’ – a prophesised saviour of their people who will lead them to a new kingdom. I need not explain what a danger this poses to Roman rule in the region.

It should be made clear to these religious fanatics – who are vassals of Rome -that Rome does not bow to the mob. Rome represents order.

One thing is clear, Pontius Pilate does not have the strength to impose Rome’s rule. He has let his Roman authority be used by elements with interests extraneous to Rome and he has let Roman soldiers collaborate in the clandestine politics of these people.

Although the Jews claimed to be speaking in support of Caesar the question which must be asked here is, ‘who is the real friend of Caesar, is anyone in Judea loyal to Caesar’?

Even though he is dead, the teachings of this Jewish proselytiser are gaining a following and they are taking hold in this province. From the evidence of the Roman centurion Longinus it appears that these teachings could have a corrupting effect even in the heart of the empire. It is a threat that could spread and must be controlled.”