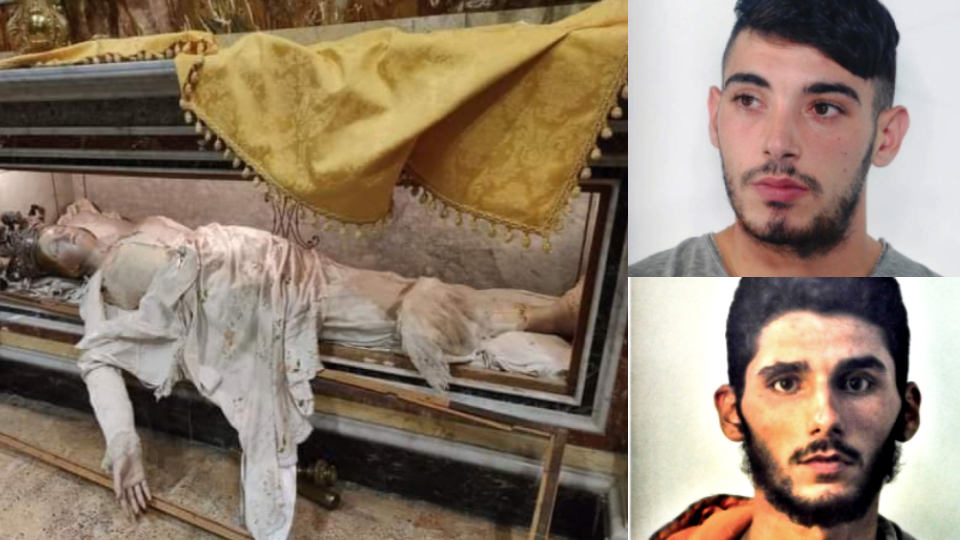 The Church of Saint Agata of Sicily in the Italian province of Caltanissetta has reportedly been vandalised for the second time in a month, with thieves causing serious damage to the church and scattering consecrated Eucharistic hosts on the ground.

Vandals broke down the door in the middle of the night, and after breaking the tabernacle and altar, several relics of Saint Agata herself were damaged. A glass case containing an effigy of the sleeping Madonna was smashed, with the sculpture’s arm being ripped off and cast on the floor. The library of the Jesuit college connected to the church was also targeted, and several of the more valuable church items were stolen. This is the second attack of its kind in recent weeks.

Local political leaders condemned the attack, with the Deputy leader of the Forza Italia party stating his “indignation” at the incident. He expressed “solidarity with Father Sergio and the whole parish community”, and said he hoped that all those responsible were “identified and prosecuted as soon as possible.”

Two Italian suspects, Nisseni Giannone Salvatore (20) and Naselli Alessio Pio Raul (25) are currently in custody after being detained by authorities. The men were initially noticed hurrying away from the church in the middle of the night by police, and after a brief car chase, were apprehended with a variety of stolen goods in their possession, including a golden relic, a golden brooch from a statue of Mary, a container for holy oils and 161 euros worth of coins which they had stolen from the vending machines in the Jesuit library. Several gilded candlesticks were also found torn off the walls – it is unclear whether this was simple vandalism or whether the suspects intended to return for them later.

They were subsequently identified by CCTV footage at the scene, as well as two other apparent accomplices – a man and a woman – who have yet to be identified.

The two arrested re awaiting charges and the stolen items have since been returned, with the vending machine company donating the 161 euro to the renovation and repair of the church. The NGO Etnos, which is currently helping victims of the coronavirus pandemic, has also pledged its assistance.

Saint Agata of Sicily (231 – 251 AD) was martyred for her faith at the age of 20, and is venerated in the Catholic church as the patron saint of rape victims.