Just when many of us have become virtual prisoners in our own homes to help fight Covid-19, authorities have decided that they might start releasing actual prisoners from actual prisons during the crisis. First those with three and then those with six months left on their sentences would be released, say authorities, and maybe even those with up to a year left to go. Given we don’t have a strong idea where this crisis will end the authorities may feel compelled to allow out even more than that once they have crossed the Rubicon and given their first Coronavirus commutation.

Imagine for a moment you are the ex-partner of an abusive criminal in jail for public order offences. Or an elderly person, terrified already of the virus, in a community targeted by aggravated burglars. Imagine how you might feel reading that authorities are going to wilfully turn additional criminals out onto the streets when you’re already doing your best to adapt to this situation we find ourselves in and survive with your mental health intact. In prison, criminals will have to face Covid-19 like the rest of us. Let out, the rest of us will have to face increased crime along with Covid-19. In a crisis where policymakers must triage different needs, that is the wrong choice.

The Prison Service and Department of Justice have offered a variety of reasons for considering such a move. With 4,343 prisoners in our jails we are operating at 97% capacity. If guards and other support staff such as caterers become ill it could become difficult to maintain order. Many prisoners have serious underlying health issues related to years of drug abuse and large numbers are being maintained on methadone.

The arguments for releasing prisoners under these extraordinary circumstances are also arguments for deploying resources to keep the prisoners where they are supposed to be for the good of public order. If the concern is that inmates may cause trouble inside prison if there are insufficient guards monitoring them night and day, what exactly are they going to do when they get out? Or if a suddenly released drug addict is back on the streets without their medicated fix as our public health teams struggle with the virus, what will they do for cash to feed their habit?

There are strong arguments for Ireland to develop a more rehabilitative prison system. We know from countries like Norway and The Netherlands that softer prisons do work in helping first time offenders to kick the habit of crime. But these arguments are for another day, when we do not face a national crisis of unprecedented proportions. We must deal with what we have right now.

Right now what we have in Ireland are career criminals, half of whom are convicted of another crime after their release from prison. The majority of those re-imprisoned are thrown back in for public order, drug, extortion and burglary offences and half are caught again within 6 months of their release. Precisely the type of people you do not want to release onto the streets during a crisis.

If you go and read court reports for a variety of common offences you will read story after story about convictions of individuals with dozens if not more than a hundred priors. When released into the community these burglars, thieves and thugs will not decide to forego convictions number 40 through 50 out of a sense of social solidarity. Many of them will see opportunity in this time to take advantage. Expect to find them cracking open shuttered shops and warehouses or preying on isolated elderly people.

Police in the UK have said that during the Coronavirus outbreak they may need to curtail their investigation of crimes and response times are expected to rise. Our own Gardai have not made such a statement, but it is fair to assume that they will face similar struggles to the UK. This is precisely the kind of environment that a multiple-convicted criminal will thrive in once turned out.

The idea that prisoners be kept inside during a virus outbreak is seen as cruel by some. Turning them onto the streets to terrorise their communities, our elderly, their ex-partners and families is crueller. None of us have chosen the Coronavirus, but our incarcerated population chose prison. At this time when we are trying to reassure people against this most insidious and silent threat of the virus, we propose releasing criminals who make it their business to terrify at least and irreparably harm at worst their victims. The wellbeing of these terror-inducing thugs must be triaged against the wellbeing of law abiding citizens.

We must prioritise the safety of our prison officers and those who work in prisons by providing them with adequate protective equipment and perhaps socially distancing them from prisoners. We can and should move prisoners around based on their risk with the virus to help isolate them from one another. We should provision for the military to assist in keeping order if prison staff are becoming ill or if prisoners decide they don’t want to behave. If public order offences become more prevalent during the crisis, we should open more temporary prison facilities rather than emptying out the ones we have in a revolving door. Just as the HSE is looking for an additional 10,000 beds for patients we can find space for prisoners if the criminal underbelly decides to take advantage. A double fence, guard towers and the tents that are good enough for our soldiers serving overseas in the event of a real pinch. If prisons become more dangerous because prisoners decide to take advantage, we should treat them to the no-nonsense approach. These measures rather than commutation of sentences might soften the cough of anyone thinking of taking a JCB on a joyride to their local supermarket. At a time when we are asking all citizens to act responsibly to help combat the Coronavirus, nothing less should be expected of incarcerated prisoners.

If I was a prisoner and these were government policies, I would not be happy. As it stands, it is ordinary and vulnerable citizens who will have to be worried for themselves if authorities carry through their promise to turn out hundreds of offenders before their time is up. Political leaders have garnered a reputation for making the correct decisions belatedly on Covid-19. They should make firm decisions around prisoners early, so that these criminals cannot visit heightened fear and suffering on communities at an already tough time.

Alan Donoghue is a businessman based in Dublin. 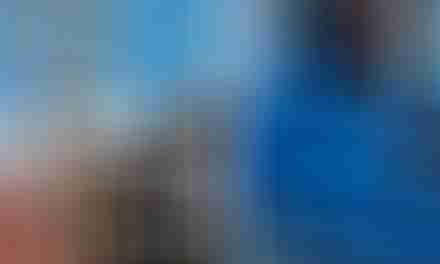 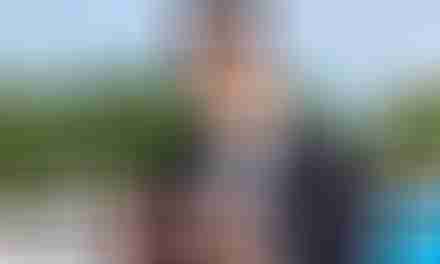