Public advice on surface contagion with Coronavirus has been dumbed-down 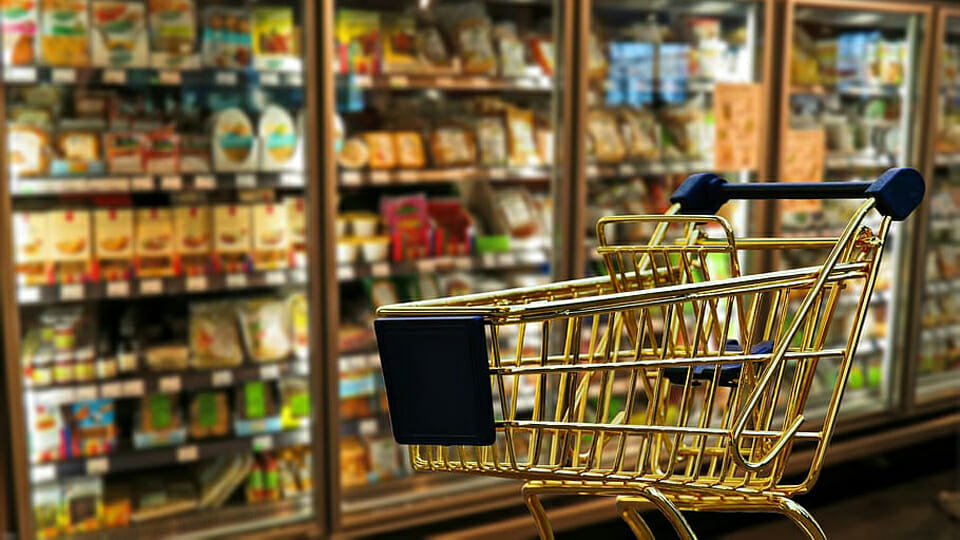 Data from several studies indicates that surfaces remain unsafe for longer periods, with the implication that refrigerated plastic food packaging could carry a greater amount of Coronavirus than other surfaces.

Broadly speaking, Western health authorities, as well as the mainstream media, have supplied a rather straightforward public health message on dealing with potential sources of contagion involving Coronavirus, frequently reiterating the line that the virus survives for up to 72 hours on solid surfaces and 24 hours on cardboard.

Unfortunately the issue is more complicated, likely having genuine implications for health.

New statistical data from the United Kingdom has indicated that chefs are one of the groups of workers most likely to die from Coronavirus, along with taxi drivers and public transport workers. Chefs stand out in this at-risk cohort because their jobs usually do not involve substantive exposure to the public, especially in relatively small enclosed spaces.

Just as the media often fails to report that levels of infection are commensurate with rates of testing – at times for overtly partisan reasons – there has also been a notable failure to explain that the viability of Coronavirus depends upon temperature and humidity (other than when having reported on a small number of studies), where common environmental variations carry a multiple in terms of Coronavirus survival rates!

It is important to note that data on the requirements for infection (i.e. the rate of viral exposure), and the broad viability of Coronavirus outside of hosts, remains unclear. However, the survival of the virus within homes, and workspaces, is surely a point of very serious concern given that SARS viruses are far more robust than flu viruses – particularly the present incarnation which appears to survive several times longer in certain environments than the old form of SARS that so blighted the Far-East. 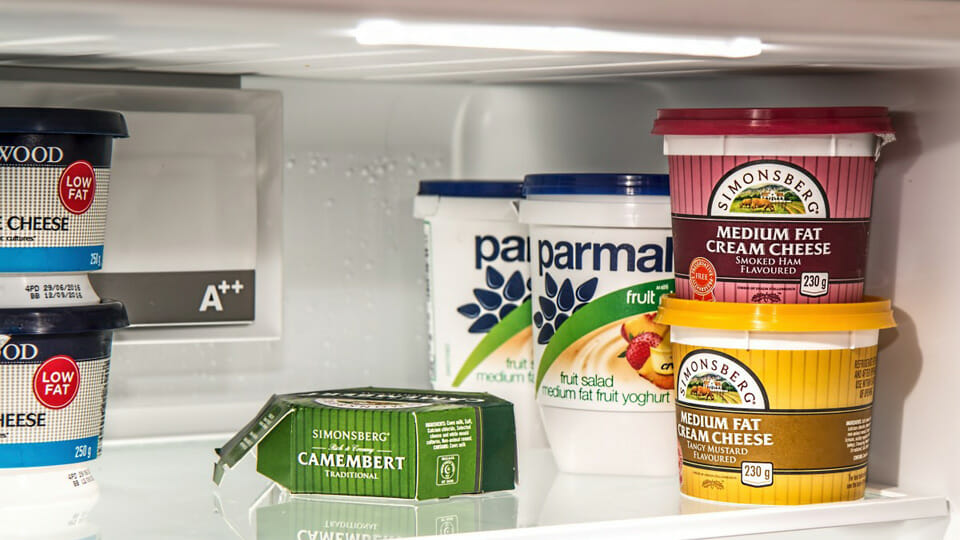 Such information would surely be of interest, and perhaps even of great significance with regard to the handling of food, for the multitudes living with the burden of lockdown, those that are continually being warned, or bullied, about safety, with every available means of communication?

It may, therefore, be quite shocking to hear that there are seemingly divergent opinions on the time periods that Coronavirus survives on common surfaces found within homes at room temperature since some studies from the most reputable of sources do not seem to conform with the much cited 72-hour rule!

On March 17th, the New England Journal of Medicine (NEJM) published a study supported by the US-based National Institute of Allergy and Infectious Diseases (NIAID), which stated that the virus survives as viable on stainless steel and plastic for no longer than three days, while it only survives for a day on cardboard.

By contrast, a study funded largely by same organisation, published in The Lancet on April 2nd, claimed that the virus survives for less than seven days on the same surfaces, and for four days on glass and paper money.

The contrast between these two studies is considerable. We have all heard of the three-day rule for solid surfaces and 24 hours for cardboard, as endorsed by Ireland’s HSE,  for example:

“A recent study published by The New England Journal of Medicine (NEJM) reported that the virus that causes COVID-19 (SARS-CoV-2) is able to persist for up to 24 hours on cardboard, in experimental settings (e.g. controlled relative humidity and temperature). There is no evidence of the infection being transmitted through contaminated packages that have been exposed to different environmental conditions and temperatures.”

US governmental public health advice is similar but more cautious:

“In general, because of poor survivability of these coronaviruses on surfaces, there is likely very low risk of spread from food products or packaging.”

While it is clear that Coronavirus principally passes through coughing, one may ask why food packaging in particular is described as low-risk when it is so often of a material that allows for best longevity, and is exposed to public environments, and, why were the results of the former study widely endorsed while the latter has been largely ignored – indeed, could this issue have a role to play in the high fatality rate of those most involved with the preparation of food?

Two factors may be involved, one related to Coronavirus’ application on surfaces which suggests that the spray method used in the NEJM-published study could be more releastic because it attempts to replicate real-life transfer though coughing and breathing, rather than through direct application with a pipette as per the later study found in The Lancet.

However, the study published in The Lancet could be more applicable in some domestic and working environments because it measured the rate of viral decay at a higher relative humidity (the amount of water vapour in an environment) of 65%, rather than 40% as per NEJM, albeit at a similar temperature (21-22 degrees Celsius).

“Generally coronaviruses survive for shorter periods at higher temperatures and higher humidity than in cooler or dryer environments.”

The statement is factually correct but emerging epidemiological evidence suggests that SARS viruses have greater immunity to such conditions and that differences will be quite marginal compared to equivalent flu viruses. This may partly explain why environmental humidity does not seem to impede Coronavirus’ survival on static surfaces.

Humidity may also contribute to the spreading of Coronavirus in processional kitchens where excessive water vapour is commonplace, thereby assisting viral longevity. The greater temperatures of such environments may also pose a higher risk for transferrance of contamination because sweat may enter tear ducts and the mouth.

Unfortunately the common temperatures found in homes are also a good environment for Coronavirus, while very high but thankfully rarely experienced ambient temperatures are destructive to it:

“The Journal of Hospital Infection study also found that spikes in temperature made a difference in the life spans of coronaviruses. An 18-degree-Fahrenheit jump, from 68 degrees to 86 degrees, decreased how long SARS lasted on steel surfaces by at least half.”

By contrast, much the temperature range found in fridges are close to an ideal. The study published in The Lancet found that the virus’ life-span increases substantially:

As a consequence, it may be argued that refrigeration, despite its reduced humidity in all but vegetable drawers, allows for much greater Coronavirus survival rates.

However, it isn’t all bad news because these studies also demonstrate that the scale of potential virus contagion rapidly declines within hours. The NEJM-published study found that:

While plastics are sometimes maligned by climate-change advocates because finding cleaner biodegradable alternatives are less than clearcut, and choice is often motivated  by sentiment, the implication of this research points quite strongly toward plastic food packaging, which is so prolifically brought into the home, as being the greatest source of concern, not least in cooler or very humid environments.

Perhaps the most significant singular inference to be taken from these studies is that that continuously refrigerated plastic food packaging, such as that used for fresh meat and fish, has the potential to carry a greater amount of Coronavirus than many other surfaces because it remains in a cold environment from packaging through to its distribution and sale, where it will be exposed to more sources of potential contamination that has the capacity to remain viable since the virus can survive several times longer than on unrefrigerated plastic-packaged foodstuffs. Refrigerated environments will also help prolong half-lives so the risk of contagion will probably be of a higher intensity.

Based on the above information, it would be a sensible precaution (especially when living with those vulnerable to Coronavirus) to transfer such packaged foods into bowls soon after unpacking shopping, while of course taking care not to touch both the plastic packaging and the bowls, in case of transfer, before very thorough hand-washing, and to cleanse any surface with which contact is made. Please note that the removal of such packaging may increase the rate of food decay so may precede the “use by’ date, especially for some red meats that carry blood which should be dried up or washed away to improve preservation.

The divergent studies also pose questions over Coronavirus’ longevity on other surfaces. It may be surmised that copper contains minerals that are inimical to the virus, which explains it’s rapid decline on such a solid non-porus surface. The considerable divergence in the viral survival rates of copper clash with that of other solid surfaces, which would suggest that the longer viral survival rate of stainless steel would be closer to the virus’ length of survival on other commonly-used metals.

The survival of Coronavirus on cardboard may be a lot longer than 24 hours in more humid environments, perhaps up to 2.5 days if the difference between the two studies is indicative. The two studies largely agree that Coronavirus survives for only a short time on paper but The Lancet-published study states that Coronavirus only disappears after four days on paper money. This finding suggests that coated glossy forms of paper provide a better surface for Coronavirus, where petro-chemicals are often added to make paper more resilient. Plastics in fridges may allow Coronavirus to survive for in excess of two weeks but in much dwindled quantities.

With self-isolation in mind, many articles have appeared suggesting what foods are best and safest for freezing. However, the same care, with the potential transfer of Coronavirus in food packaging, should be applied when freezing food because the virus may survive for several years on and within such containers if prior forms of SARS are indicative – the food itself may also carry a risk of contagion but the levels of virus would be far lower, given the porous surfaces, and would be easily destroyed with cooking. To cite one Middle Eastern source:

“While some have voiced hope that extreme temperatures may help kill off the virus, one expert warned that the rest of the coronavirus family has the ability to withstand freezing temperatures – and the new form could be equally persistent.

“Research into similar coronavirus strains has shown that, in general, coronaviruses are stable in freezing temperatures and have been shown to survive for up to two years at -20 degrees Celsius…”

Common sense dictates that greatest care should be exercised with the defrosting of foodstuffs like cooked meats when they are stored in their shop-sourced plastic housing because such may be handled shortly before the ingestion of food.

Given the months that have elapsed, where the public has largely aclimatised to various epidemiological issues involved with the propogation of Coronavirus, it is surely time for both the mainstream media and respective national health authorities to better explain the complex way in which of Coronavirus interacts within domestic and work environments. The ever-present demand to behave safely cannot always be fulfilled through simplistic sloganeering.

Rob Harris occasionally contributes articles to several websites on contentious political issues (not to be confused with the popular English novelist (1957-) of the same name). He lives in Dublin.