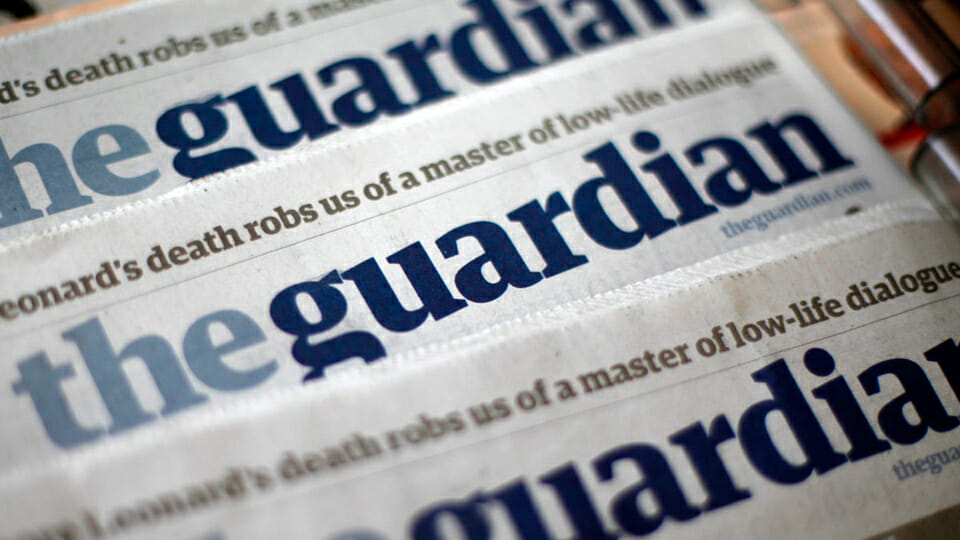 The British newspaper, the Guardian, is possibly the most tediously woke media organ on the planet. It never found a progressive cause it didn’t like and constantly lectures us ordinary folk on our many failings including our “privilege” and our need for shame and for re-education.

The past week, the paper has been unusually quiet on revelations that it was, in fact, build on profits from the slave trade.

Originally called the Manchester Guardian, it was founded by John Edward Taylor in 1821 with profits from a cotton plantation that used slave labour. During the Civil War in the US, editors sided with the South against President Abraham Lincoln, who sought an end to slavery saying, ‘It was an evil day both for America and the world when he was chosen President of the United States.’

Now, 16,000 people have signed a petition calling for the Guardian to live up to its own standards and close its doors.

The newspaper continues to carry articles supporting the current move to tear down statues and pointing to the members of the House of Lords whose families made ill-gotten fortunes from slavery. It has also published articles saying that “it’s time for Britain to think seriously about reparations for slavery”.

Indeed. Though it might be an idea to get your own house in order first.

Time to consider all the risks and harms of lockdown

The coronavirus in Italy

Have tech giants made strategic blunder leaving them open to massive libel costs?