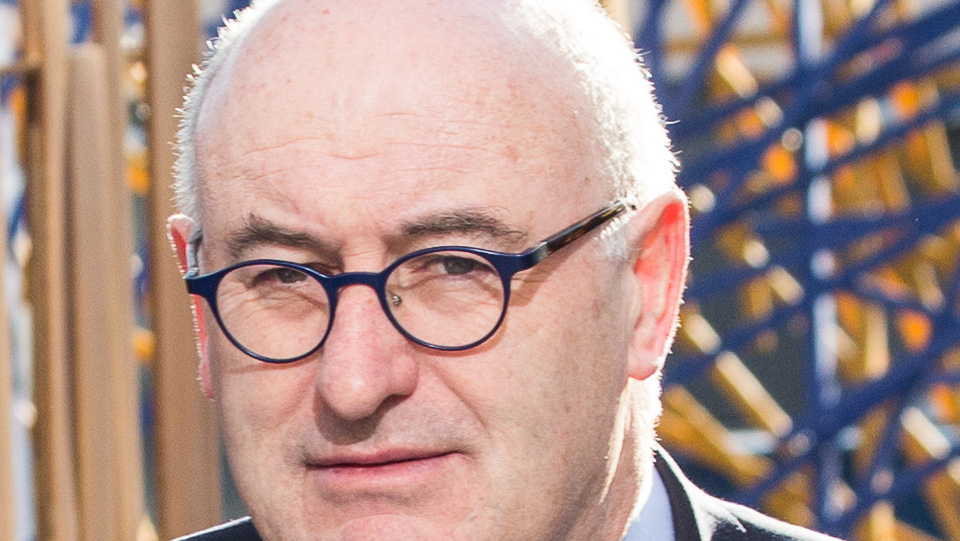 I have known Phil Hogan for more than 40 years and I remain astonished at his rise but even more amazed that he has fallen just when his presence was useful to the country. He was not Jacques Delors but an Irish commissioner was likely to be far more useful to Ireland at the Brexit negotiating table than a Latvian engineer or a Danish socialist.

It is an act of bizarre, wilful, stupid national self-sabotage that Ireland has thrown away the EU Trade Commissionership at the height of the Brexit negotiations, the equivalent of a perfume maker cutting off his nose with a broken bottle because he had a cold. There is a solution to the mutilation but that will require a national realisation of what is at stake in Brexit and a display of political maturity that is very likely beyond the reach of politicians and an Irish media that, to put it charitably, lacks maturity or restraint.

The foundations for this piece of national self-sabotage were laid long before three weak party leaders and an angry electorate combined to get rid of Phil Hogan. It was the myopic attitude of Ireland’s political and media class to Brexit that provides the background. Instead of seeing an acrimonious exit of the United Kingdom from the EU as an existential threat to Irish prosperity, leading politicians and journalists viewed the UK’s decision as an opportunity to make the sort of stupid remarks a drunken soccer supporter might make after a 2-1 penalty shootout victory over the English team and to put the boot into the Unionists in a manner that had not been seen here since the early 1970s. Varadkar in particular seemed to develop a sort of political Tourettes that led one to believe his next move would be to sing Come out You Black and Tans while burning a carefully posed effigy of Teresa May and Prince Charles. They did not take Brexit seriously.

Phil Hogan had not, despite the flattery of the Irish media, had much of a career. His ability at electoral politics reduced FG to one seat in the five seat Carlow Kilkenny before the 2011 FF meltdown and his sole four year term as a cabinet minister hung the dead albatross of Irish Water around the party’s neck. Hogan was posted to the EU Commission for the same reason that most commissioners arrive in the corruptopolis of Brussels, he had become a political liability to his party and the opportunity to kick him upstairs was safer than kicking him to the kerb. The Commission is a lucrative crypt for the failed. However, Fine Gael’s survival in 2016 meant that Hogan was the first Irish commissioner to get back to back terms. That scored him the Trade post last December. At a time when the EU was about to negotiate a trade agreement that affected Ireland far more than any other EU state, the Trade Commissioner was going to be an Irishman.

Hogan brought no special talents to the role in my opinion, he has never negotiated as much as a sweet shop rental and he too suffered from the Brexit Myopia of Irish Politics but as the sole Irish commissioner we might have at least expected he would be aware of and concerned by the issues for Ireland in any negotiations. The Oireachtas Golf Society Dinner did not just finish his career, it exposed him. Hogan’s initial apology does not even qualify as such, his failure to tell the truth about his travel arrangements led Commission President Ursula von der Leyen into an embarrassingly inaccurate defence of him and he crowned a this astonishing display of incompetence with a beyond Padraig Flynnesque display of tin eared arrogance. When, speaking of the Garda stop, he told RTE’s Tony Connolly  “If they’d known I was a European Commissioner or a politician they wouldn’t be stopping me”.  Commissioners have a huge staff budget, was there no one close to him to write a proper apology, get him to tell the full truth and then shut up? Mopping up a Political mess 101.

Brexit Myopia and the Luxury of Purity, that insane belief that politicians have to be perfect to be useful, have cost us dearly. Despite what the media would have you believe, a good outcome for the UK is in Ireland’s best interest. Strengthening the British hand may be historical anathema but it’s economically vital. Phil should do his patriotic duty and go to London to advise the British Government. His suffering, far from the native fields of the K-Club, would at least be a penance.

Hogan’s incompetence intersected with the weakness and stupidity of Martin, Varadkar and Ryan to strip Ireland of the vital negotiating role. Of all of the proposed candidates there are few who inspire much confidence. There is, however, a candidate who has a track record as a negotiator, is trusted by the British and understands the issues. Better still Bertie Ahern has never suffered from the cloying europhilia endemic in FG. Michael Martin should take his pride in his hands and make the pilgrimage to Drumcondra. Asking Bertie Ahern to be European Trade Commissioner may be the most important work of his brief, and thus far miserable, tenure as Taoiseach.

Have 300 cases of Breast Cancer in women been missed because of lockdown?