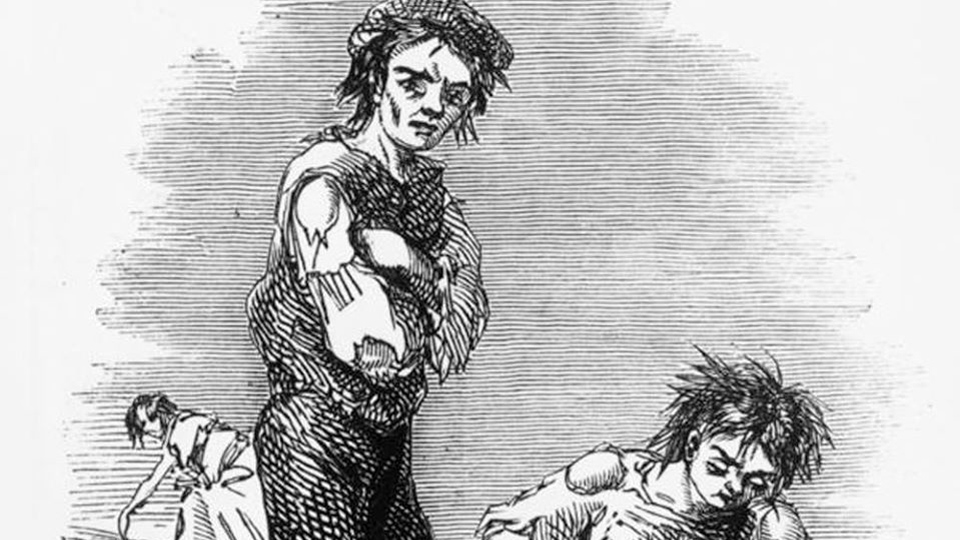 High rents imposed by absentee landlords meant that most people could only afford to live on small tenant farms with inferior soil that only potatoes could grow on; but the potato crop was prone to disease and the farmers did not have extra land to rotate crops.

In the previous years, the crop had failed numerous times resulting in massive shortages of food.

For most people, the only work available was labouring on large farms which grew crops and reared livestock for export to England, but wages were very low. The Irish poor had no choice but to depend on this unreliable crop.

In 1843 a potato blight had hit the USA and spread to Europe by mid 1845. By September 1845 the potato blight hit Ireland with devastating consequences.

Thousands of tons of food were exported between 1845 – 1851 while hundreds of thousands of people starved. Thousands of families too poor to pay their rents were evicted from their homes.

“Then one of our fields had a crop of wheat, and when that wheat was repeaed and stacked, the landlord put ‘keepers’ on it, and on all that we had, and these keepers remained in the house until the wheat was threshed and bagged and taken to the mill.”

Between 1845 – 1851 between one and two million died of starvation and disease and the same amount were forced to emigrate desperate to escape the crisis, they boarded emigrants Canadian timber ships bound for North America. They became known as “coffin ships” because so many died during the voyage.

Starving and desperate, more than 1.5 million Irish sought refuge in the United States. Today many Americans of Irish descent can trace their heritage back to this pivotal time in history.

Illustration: Engraving by James Mahoney commissioned by the Illustrated London News and published in 1847 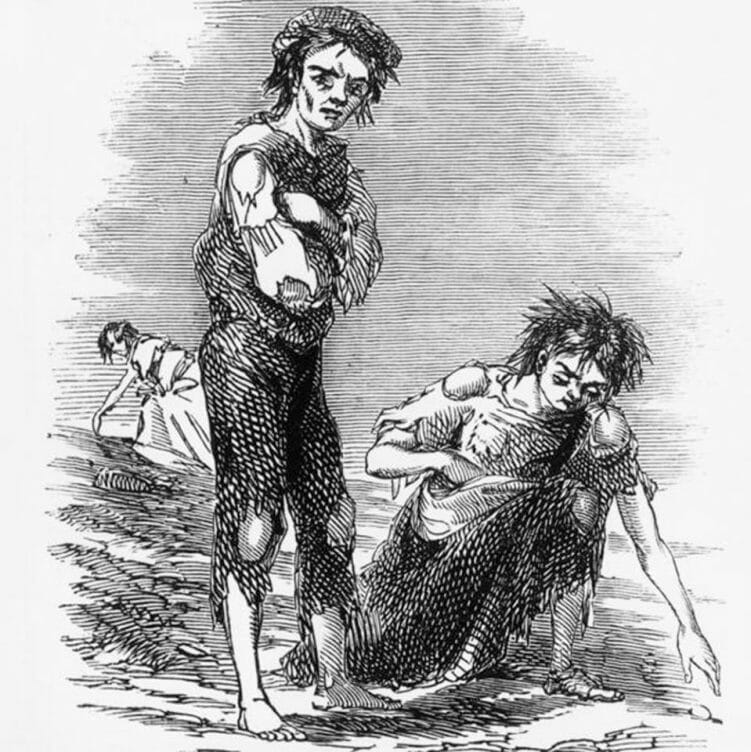