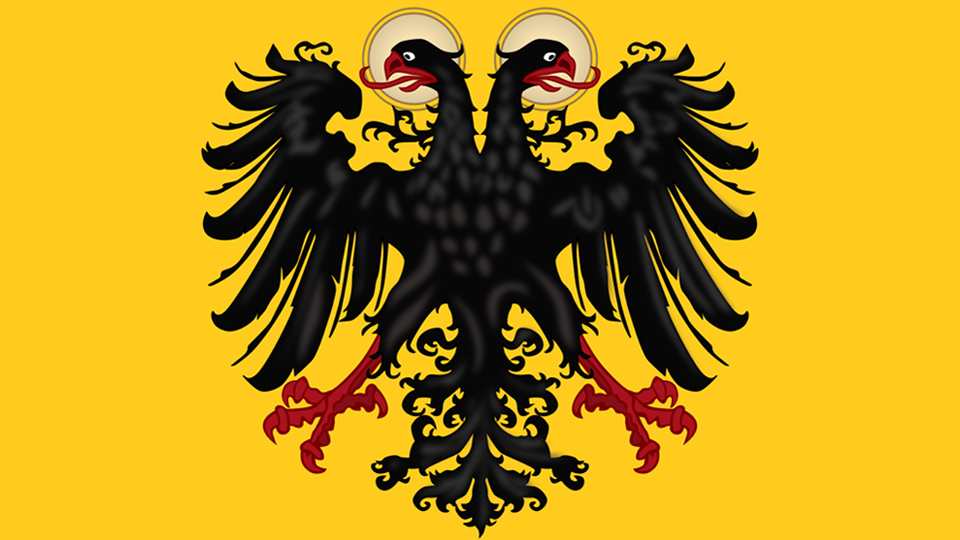 The Holy Roman Empire, founded in the 700’s, was formally dissolved on this day in 1806 by the Austrian Emperor Francis II. It had dominated European politics for a thousand years.

The Empire was founded by the Carolingian dynasty of Charlemagne. In modern terms, it was not really an Empire at all, but a federation. The Emperor was elected from the rulers of the hundreds of small states and principalities that made up Germany, Austria, and the low countries. The title of Emperor was held, over the years, by Kings of Spain, and France, as well as by various Germans and Austrians. It reached its zenith under the Salian Emperors Heinrich IV and V, and then under Frederick Barbarossa, in the high middle ages, when it re-imposed much of the old laws of the Roman Empire on Europe, and was the dominant military power on the continent. But it fell into disunity during the reformation, as the conflict between Catholics and Protestants tore it apart.

By the 1700s, the title of Holy Roman Emperor was largely a ceremonial one, held by the Hapsburg family, who were Emperors of Austria and Hungary. After the battle of Austerlitz in 1805, when Napoleon defeated his enemies in Europe, he decided to create a new, pro-French order in the German states – the so-called “confederation of the Rhine”. This necessitated, he decided, the end of the Empire, and so he forced it to be dissolved.

The Holy Roman Empire, dissolved, after more than a thousand years, on this day in 1806.