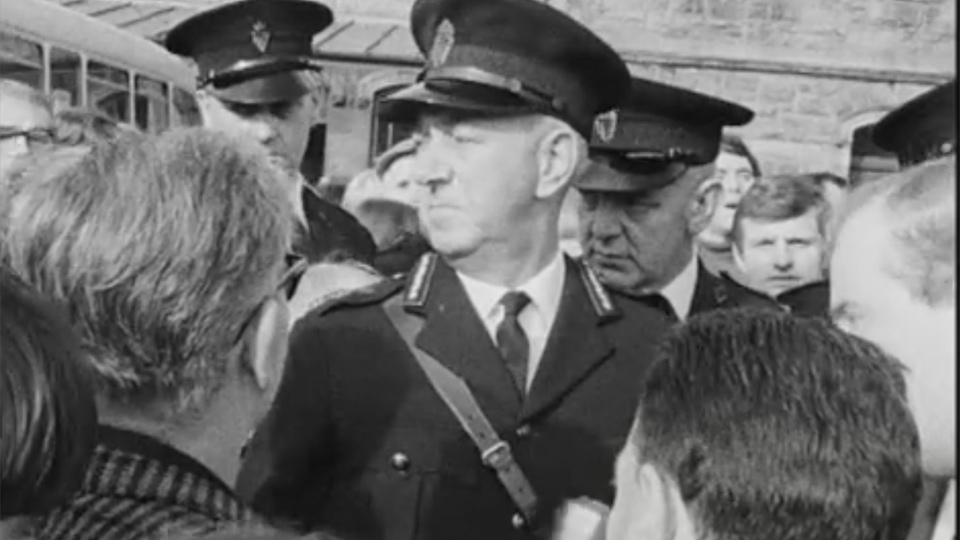 On October 5th, 1968 a Civil Rights march took place in Derry protesting gerrymandering and discrimination against the minority Catholic population. The march, organised by the Northern Ireland Civil Rights Association (NICRA) and the Derry Housing Action Committee, had been banned by the authorities in Stormont but it was decided to go ahead in defiance.

At the time Unionists controlled Derry Corporation and its housing policy, and it was evident that Catholic families were being treated unfavourably when it came to housing decisions. Severe unemployment and economic depression added to the social housing shortage.

Marchers gathered in the Waterside area of Derry, and rows of police officers from the Royal Ulster Constabulary (RUC) hemmed them in on Duke Street before indiscriminately attacking protesters and observers with baton charges. It was the first time that water cannon was used against peaceful protestors under British rule.

BBC reported: “The RUC indiscriminately attacked protesters and observers with baton charges. Fleeing people were struck by baton blows from a gauntlet of officers. Water cannons were used for the first time in the United Kingdom. People, including John Hume, were shot down by a firehose of water. Using a blackthorn stick instead of a baton, the District Police Inspector joined in the beatings. Police conduct was eerily similar to the malevolence exhibited in Birmingham, Alabama by Police Chief ‘Bull’ Connor.”

Labour MP for Belfast west, Gerry Fitt, was struck down by a baton, and taken to the hospital, with blood pouring from his head.

The RUC attack on the march was captured on camera man and the police brutality shocked the nation, and a global audience. October 5th became known as the day that “The Troubles” began.

The Cameron Commission Report issued a year later vindicated the civil rights movement and found that the “police handling of the demonstration in Londonderry on 5 October 1968 was in certain respects ill-coordinated and inept.”

ON THIS DAY: 26 NOVEMBER 1920: The savage murder of the Loughnane brothers by the Black and Tans