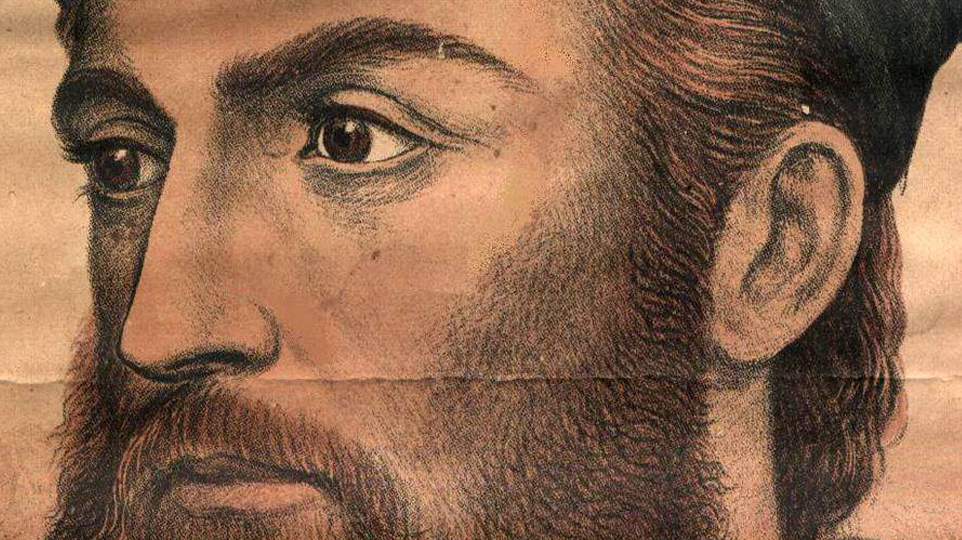 Ó Néill (1585 – 6 November 1649) was a Gaelic Irish soldier and one of the most famous of the O’Neill dynasty of Ulster in Ireland. O’Neill left Ireland at a young age and began the formal continental military career serving in the Spanish army. He was a brilliant military strategist and tactician.

With the Flight of the Earls (1607) Eoghan Ruadh dedicated himself to the restoration, not only of the lands of the dispossessed native Irish in Ulster, and to the protection of the Catholic religion, but also to the restoration of Irish sovereignty.

Following the Irish Rebellion of 1641, O’Neill returned to Ireland and took command of the Ulster Army of the Irish Confederates.

In 1645, O’Neill at last obtained funding and a large consignment of weapons through the Vatican Papal Nuncio to Ireland, Giovanni Battista Rinuccini. This enabled Eoghan Ruadh to properly train, arm and pay his men as professional soldiers and prepare for a full pitched battle which he had previously tried to avoid.

O’Neill’s nemesis was Scottish Covenanter General called Robert Monroe, who commanded the “united British Protestant forces” in Ulster. His force consisted of Scottish and English (including Anglo-Irish) regiments of some 6,000 professional soldiers, many veterans of continental warfare, plus Ulster volunteers, recruited from among the Planter yeomanry, plus about six hundred horse and six field guns. Both Monroe and O’Neill had commanded in battle on the continent. Unlike O’Neill, however, Monroe had no scruples about waging war on enemy non-combatants.

On the 4th July, the scene was set in Benburb, Co. Tyrone, where Monroe came but he was outfoxed by Ó Néill from the outset, it was a decisive victory for Eoghan Ruadh and his men; those who did not fall to Irish swords or drown in the river, fell back as they ran back along the route they came. The British lost probably more than three thousand killed, over half their force, and all their baggage, including flags, banners and weapons. Irish sources report their own losses at seventy killed and two hundred wounded. Monroe was lucky to escape with his life, fleeing so precipitately, that he left his hat, sword, and cloak after him, and never halted until he reached Lisburn.