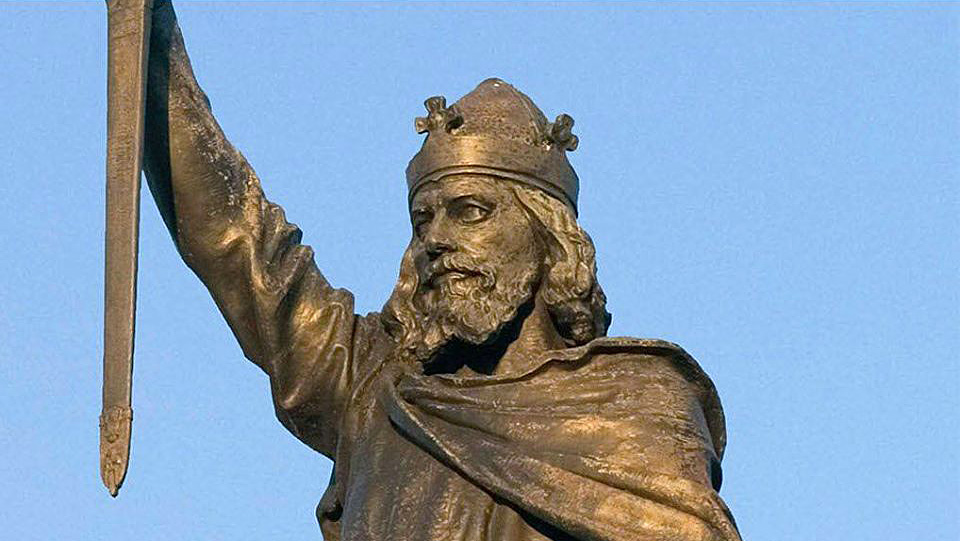 The great heathen army that invaded England (and Ireland) in 865AD came, according to legend, in response to the execution of Ragnar Lothbrook by King Aelle of Northhumbria. Whether that is true, or false, it was the largest invasion that these islands had seen since Roman Times. For 45 years the Vikings dominated Northern England, driving out the local Kings and creating a realm known as the “Danelaw”, where Danish, norse pagan customs ruled. To this day, elements of the old norse language survive in placenames in Northern England – like Cleethorpes in Lincolnshire, and Kirkby, near Liverpool.

Before the Vikings came, England had been ruled by multiple kings – the north by the Northumbrian Monarchs, the midlands by the Kings of Mercia, and the South by the West Saxon kings of Wessex. The Danish invasion forced the English to unite, and it was Alfred the Great, of Wessex, who would emerge as the first proper English King. He won a series of victories against the Vikings during his reign, establishing an uneasy truth with the pagan invaders.

But it was his son, Edward the Elder, who finally triumphed on this day in 910AD. That year,the Danelaw kings assembled a fleet and transported a Danish army, via the River Severn, directly into the heart of Christian England. Edward met them in battle at Tettenhall, and, according to the Saxon Chronicles, was able to corner and destroy the entire Viking army, including most of their Kings and Chieftains. The Danelaw soon fell apart, and England was never seriously threatened by Vikings again. Instead it emerged as a united Kingdom, and would go on to be the dominant power on these islands for the next thousand years.