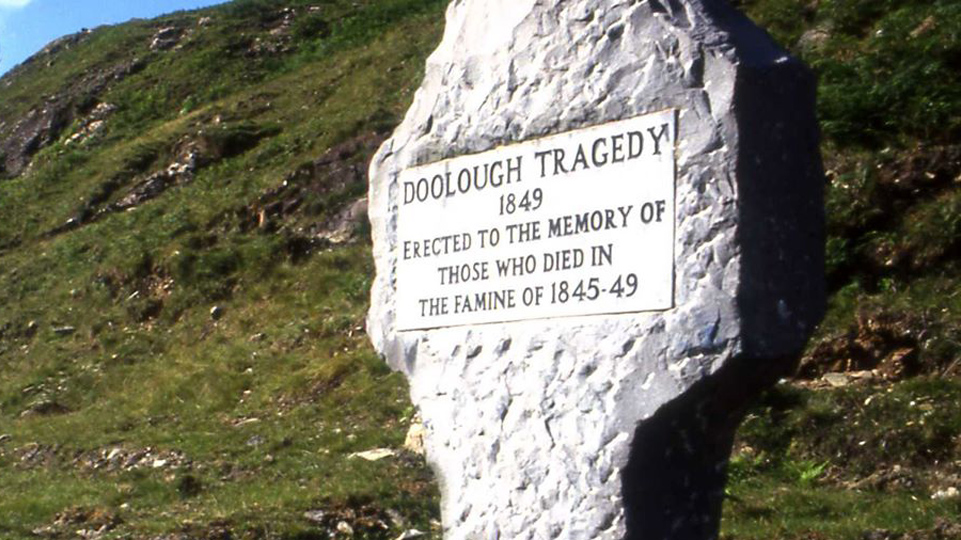 ON THIS DAY: 30TH MARCH 1849, Doolough Tragedy where a large crowd of starving people died on the journey to receive food they had been promised.

170 years ago on Friday night, March 30th, 1849, during the starvation, 600 people, including women and children, were living in the town of Louisborough. The starving people were told to go to Delphi Lodge for inspection and if they did not go, they would be cut off any relief programmes. They were promised food and relief.

On a bleak and freezing cold night they set out to meet the landlord and council guardians in Delphi Lodges. Wearing rags and torn clothes with only shawls for protection in bitter weather conditions, they walked 20 miles, many in their bare feet. When they eventually got to the Lodge the following morning, the starving and helpless crowd were told that the guardians could not be disturbed while they were having their lunch. When they eventually did see them, the people were sent away empty-handed and most of them died on the journey back.

Later, people found corpses – including those of women and children – by the side of the road between Delphi Lodge and Louisborough overlooking the shores of Doolough Lake, with grass in their mouths which they had been eating because they were starving. These memories are still with the local people there today, many calling it the ‘hungry grass.’

According to a letter sent to the Mayo Constitution dated 5 April 1849, two authority appointed inspectors wrote: “In obedience of this humane order, hundreds of these unfortunate living skeletons, men, women and children might have been seen struggling through the mountain passes and roads to the appointed place.”

It was estimated that more than 400 people died at Doolough on what was for them an extremely fatiguing journey back through that terrible night and into the next day. Several people never reached their homes. Local folklore maintains that the number of people who died, given their state of debilitation and because of the ordeals they were forced to endure, was far higher than was ever known. 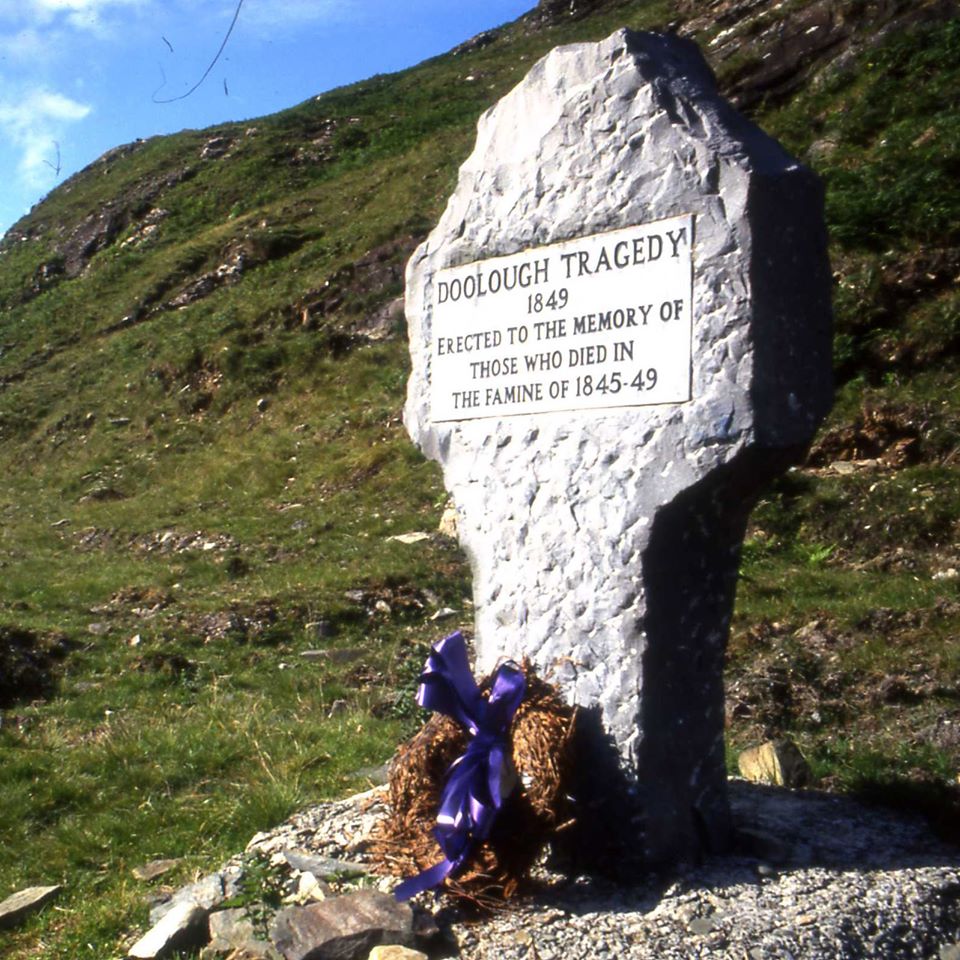 ON THIS DAY: 12 AUGUST 1652: English Parliament under Cromwell passes the Act for the Settlement of Ireland (1652)