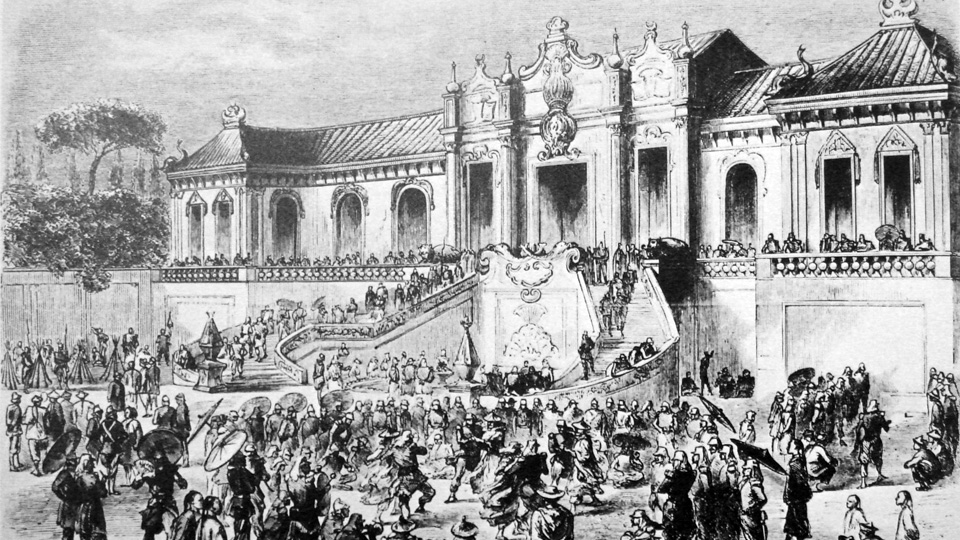 Britain and France declare war on China; It is the second major war in the Opium Wars, fought over issues relating to the exportation of opium to China, and resulted in a second defeat for the Qing dynasty.

The First Opium War began in 1839 and was fought over illegal opium trade, financial reparations and diplomatic status. China was becoming a major force in international markets and countries were jockeying for power. In the late 18th century, the British East India Company, contravening Chinese laws, began smuggling Indian opium into China and became the leading suppliers by 1773. By 1787, the Company was illegally sending 4,000 chests of opium (each weighing 77 kg) to China a year. The Chinese Jiaqing Emperor passed many decrees/edicts making opium trade illegal in 1729, 1799, 1814, and 1831, but smuggling still occurred as the British paid smugglers to take opium into China, causing the population to become more and more addicted.

Thus led the way to what are called the Opium Wars

ON THIS DAY: 29 MARCH 1974: Farmers discovered the Terracotta Army