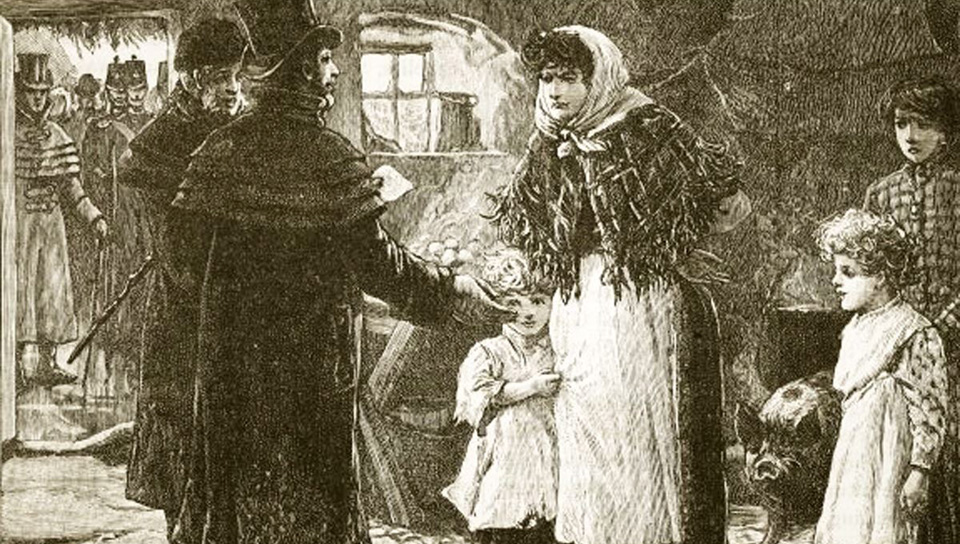 Tithe Wars nó as Gaeilge Cogadh na nDeachúna. People were obliged by law to pay Tithes for the upkeep of the Church of Ireland, which was the official state sanctioned Church. What was ‘owed’ could be taken in the form of money, land, rent, produce or livestock. Struggling farmers did not want to be forced to pay for the upkeep of a religion that was not theirs. They also felt obliged to pay for the upkeep of the clergy of their own religion. So began the Tithe Wars with organized resistance to the payment of tithes. The government responded by compiling lists of defaulters and issuing collection orders for the seizure of goods and chattels (mostly livestock).

The first clash of the war took place on 3rd March 1831 in Graiguenamanagh, County Kilkenny, when a force of 120 yeomanry tried to enforce seizure orders on cattle belonging to a Roman Catholic priest. Encouraged by his bishop, he had organised people to resist tithe collection by placing their stock under his ownership prior to sale. The revolt soon spread. On 18 June 1831, in Bunclody, Wexford, people resisting the seizure of cattle were fired upon by the Irish Constabulary, who killed twelve and wounded twenty; one yeoman was shot dead in retaliation. This massacre caused objectors to organise and use warnings such as church bells to signal the community to round up the cattle and stock. On 14 December 1831, resisters used such warnings to ambush a detachment of 40 Constabulary at Carrickshock in Kilkenny.

Regular clashes continued over the next two years causing the government to reinforce army barracks. Taking stock of the continuing resistance, in 1831 the authorities recorded 242 homicides, 1,179 robberies, 401 burglaries, 568 burnings, 280 cases of cattle-maiming, 161 assaults, 203 riots and 723 attacks on property directly attributed to seizure order enforcement. In 1832, the president of Carlow College was imprisoned for not paying tithes.

It was proving to be an increasing strain on the authorities and police relations and the government were forced to suspend collections. They introduced a law in 1838 called the Tithe Commutation Act for Ireland, which reduced the amount directly paid by a quarter but added the rest in monies payable to landlords 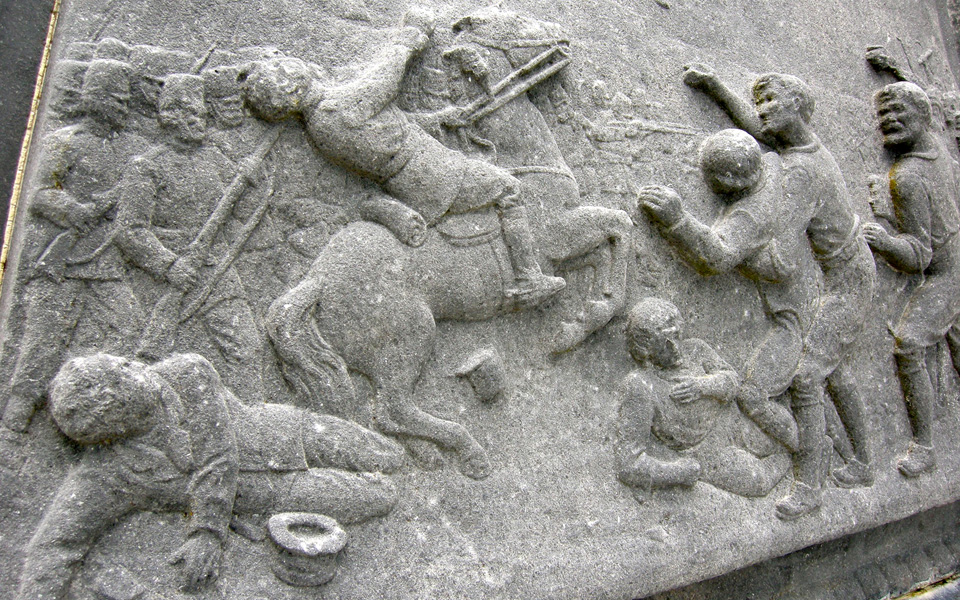