ON THIS DAY: 3 FEBRUARY 1537: Execution of ‘Silken’ Thomas Fitzgerald by Henry VIII and Grey’s legacy in Ireland 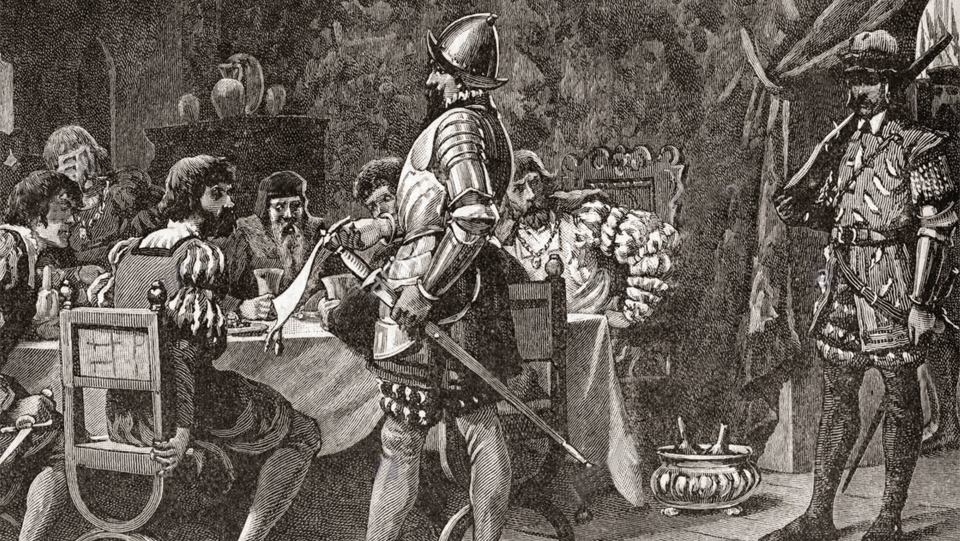 The capture of Thomas FitzGerald, 10th Earl of Kildare and his five uncles in 1537

In July 1534 Thomas FitzGerald, acting Lord Deputy of Ireland and the son of Gerald FitzGerald, 9th Earl of Kildare, attacked Dublin Castle. Thomas and his followers wore silk fringes on their helmets thus giving this event the name “The Silken Thomas Affair”. The attack on the Castle, the seat of power in Ireland, had failed but King Henry VIII wanted to make sure it did not happen again. He made the arrest of “Silken Thomas FitzGerald” a priority.

Thomas now realising his life was in danger sought refuge with King Conor O’Brien in Thomond (Limerick and Clare). For nearly a year Thomas remained out of King Henry’s reach hiding out in Thomond. Henry VIII was acutely aware of how little influence he had west of the Shannon river and later said that “of all the clans in Ireland, the O’Briens are the ones who worry me the most”.

FitzGerald had initially planned to escape to Spain, but this fell through and in October 1535 he was assured by the new Irish Lord Deputy Leonard Grey, that Henry VIII would be merciful, so he gave himself up. This turned out to be a mistake as despite Grey’s assurances that FitzGerald would be treated fairly, King Henry wanted revenge and to teach anyone else a lesson, and Silken Thomas FitzGerald along with five of his uncles, some of which were completely innocent, were executed at the tower of London on the 3rd February 1537.

In retribution for giving Fitzgerald sanctuary, Henry VIII ordered Leonard Grey to attack Thomond. Leonard Grey, Lord Deputy of Ireland known as Lord Leonard Grey prior to 1536, served as Lord Deputy of Ireland from 1536 to 1540. On Henry’s instructions he commanded an army against any Irish who would not acknowledge Henry’s supremacy as supreme head of the Church of England, and renounce the Pope. He had an infamous reputation as a rough, cruel man who had no problem killing large numbers of people, including women and children.

He was implicated in several massacres in Ireland; the most notorious took place at Carrigogunnell Castle in 1536. As an active participant in the Tudor conquest of Ireland, he was one of the figures who brought a new element to Irish warfare, where the killing of Irish women and children by the Tudor English forces was seen as acceptable by the establishment.

As David Edwards, lecturer in UCC, wrote in the book he co-authored with Clodagh Tait and Padriag Lenihan, Age of Atrocity: Violence and Political Conflict in Early Modern Ireland, 2014:

“The killings went beyond usual practice in Ireland; as Grey noted in his own account, there were women and children among those he had killed. It is the very fact that he included this information in his report to London, deeming it a piece of service fit to be recorded, that pinpoints his significance in the military history of sixteenth-century Ireland. Traditionally, Irish warlords only rejoiced in the killing of soldiers, and passed over the killing of non-combatants in silence. Grey (and other English officers of the time) saw all killing as virtuous, an achievement worthy of commemoration.”

Annals of Connacht (pictured below), 1540 AD, wrote about him:

“The English Justiciar that was in Ireland went to England at the summons of the King of England, having well-nigh destroyed the Orders, clergy and miraculous relics of all Ireland and performed ill deeds which it would take long to tell of.” 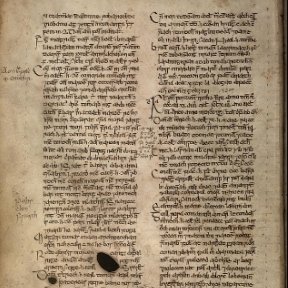 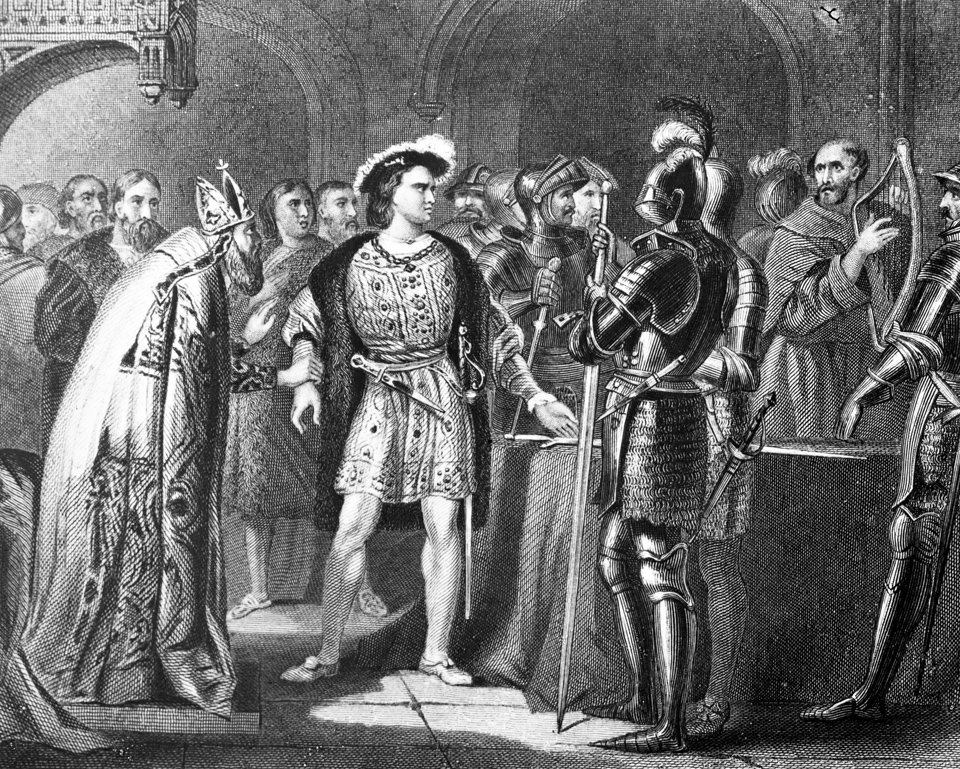 Credit: NLI: 11th June 1536 ‘Silken’ Thomas’, Lord Deputy of Ireland and of the FitzGerald family, walked into St. Mary’s Abbey in Dublin, threw down his sword of office and denounced his king. This lantern slide is from the National Library of Ireland’s Mason Collection