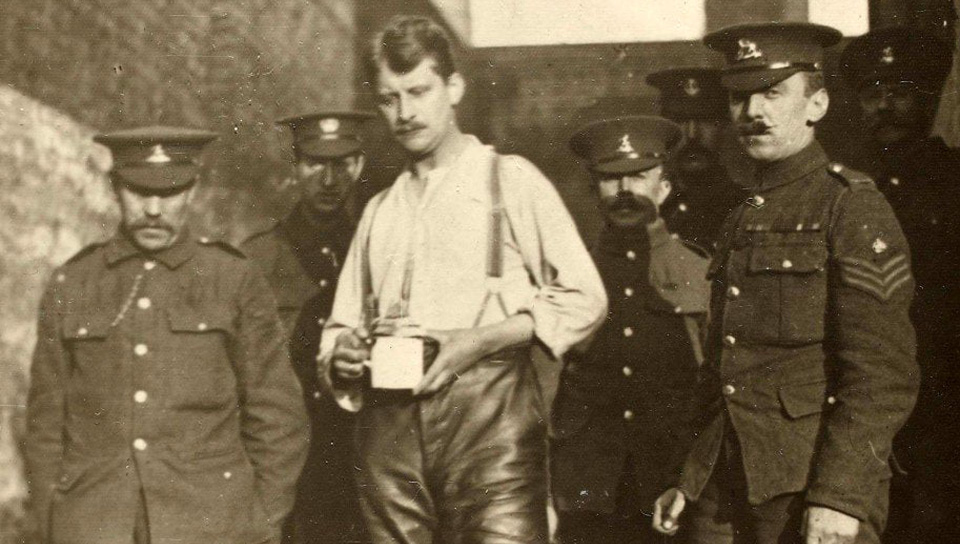 ON THIS DAY: 25 SEPTEMBER 1917: Thomas Ashe died from force feeding during a hunger strike in Mountjoy Prison

Commanding the Fingal battalion, Ashe took a major part in the 1916 Easter Rising where they won a major victory in Ashbourne, Co. Meath. 24 hours after the rising collapsed, Ashe’s battallion surrundered on the orders of Patrick Pearse. On 8 May 1916, Ashe and Éamon de Valera were court-martialled and both were sentenced to death. The sentences were commuted to penal servitude for life. Ashe was imprisoned in Frongoch Internment camp and Lewes Prison in England. While in prison he wrote the poem “Let Me Carry Your Cross for Ireland, Lord”. Upon release, Ashe returned to Ireland and began a series of speaking engagements. In August 1917, Ashe was arrested and charged with sedition for a speech that he made in Ballinalee. He went on the run but was captured in Dublin and detained at the Curragh but was then transferred to Mountjoy Prison

He was convicted and sentenced to two years hard labour. Ashe and other prisoners, including other Kerrymen Fionán Lynch and Austin Stack demanded prisoner of war status. As this protest evolved Ashe again went on hunger strike on 20 September 1917. As this was a breach of prison discipline the authorities retaliated by taking away the prisoners’ beds, bedding and boots. After five or six days lying on a cold stone floor the prisoners were subjected to forcible feeding.

On 25 September, Fionan Lynch saw Ashe being carried away to receive this treatment and called out to him: ‘Stick it Tom’. Ashe called back ‘I’ll stick it, Fin’.That was the last time they spoke to each other. Ashe was carried back, blue in the face and unconscious. He was removed to the Mater Misericordiae Hospital where he died within a few hours.

At the inquest into his death, the jury condemned the staff at the prison for the “inhuman and dangerous operation performed on the prisoner, and other acts of unfeeling and barbaric conduct”. They concluded that Ashe had died of heart failure and congestion of the lungs, and that this was due to force-feeding combined with the previous removal of his bed and boots (which had left him in a physically weakened state).

The death of Thomas Ashe and the subsequent funeral procession had a striking effect on the attitude of the Irish people and became a rallying call to the standard of the Irish Republic.

Thomas Ashe’s remains were removed to the Pro-Cathedral on Thursday evening and placed on a catafalque in the main entrance. Requiem Mass was celebrated by Fr. Michael O’Flanagan on Friday morning before removal to City Hall where his body lay in state for two days. “Tom Ashe’s body lay in state in the City Hall, dressed in his Volunteer Republican uniform, and 30,000 mourners filed by.”

On 30 September 1917 the funeral procession of over 30,000 marched to Glasnevin Cemetery. Michael Collins delivered the funeral eulogy in Irish and English, following the firing of a volley by uniformed Irish Volunteers. The English eulogy being ” nothing additional remains to be said. That volley which we have just heard is the only speech which is proper to make above the grave of a dead Fenian” 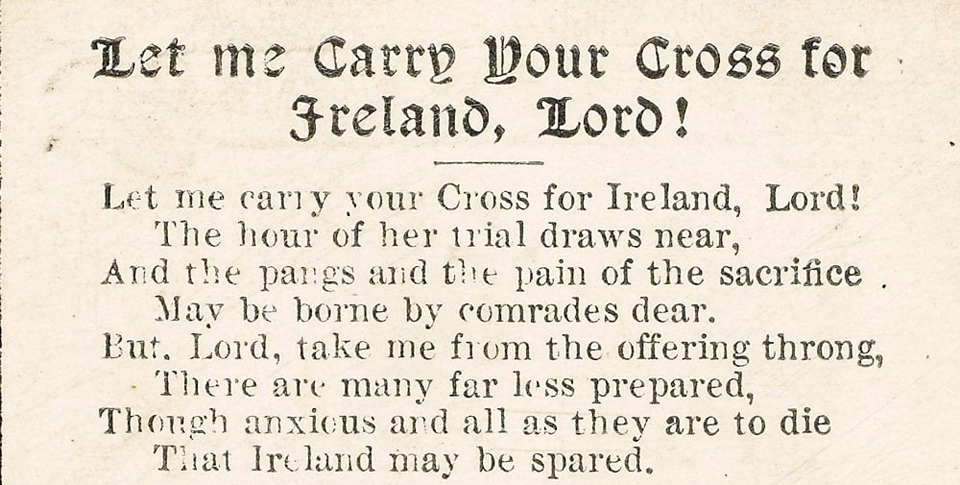 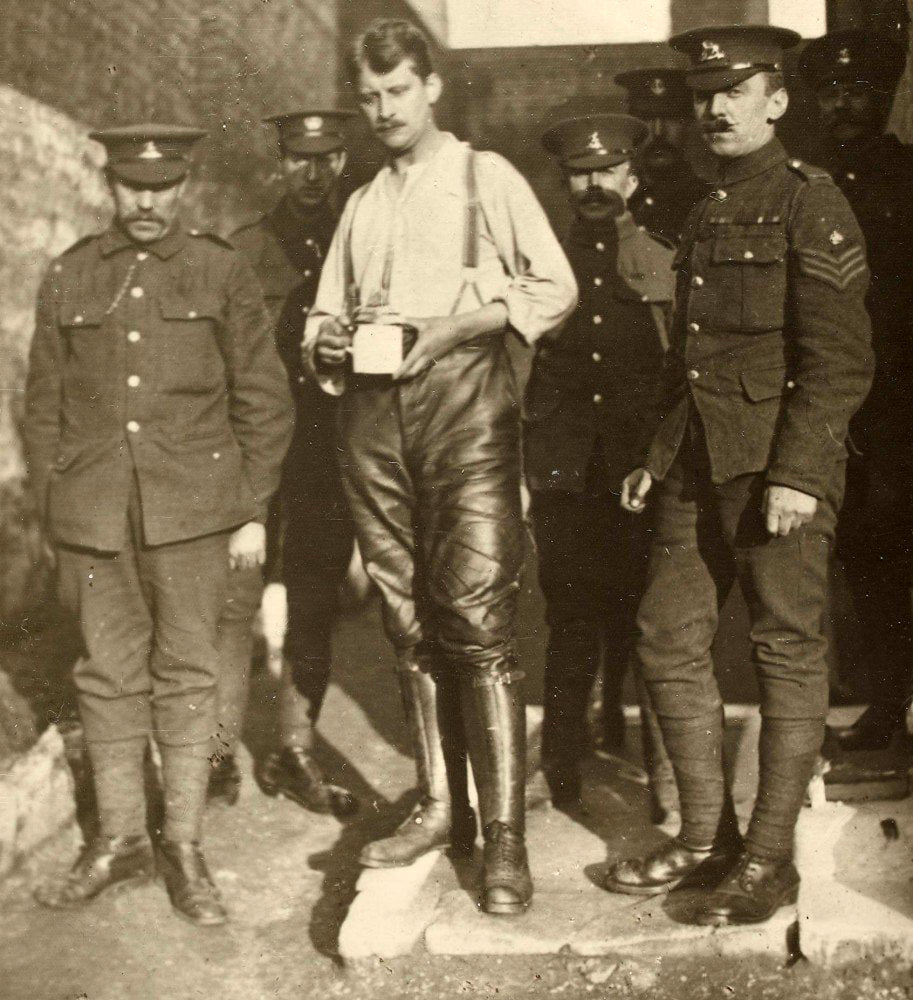