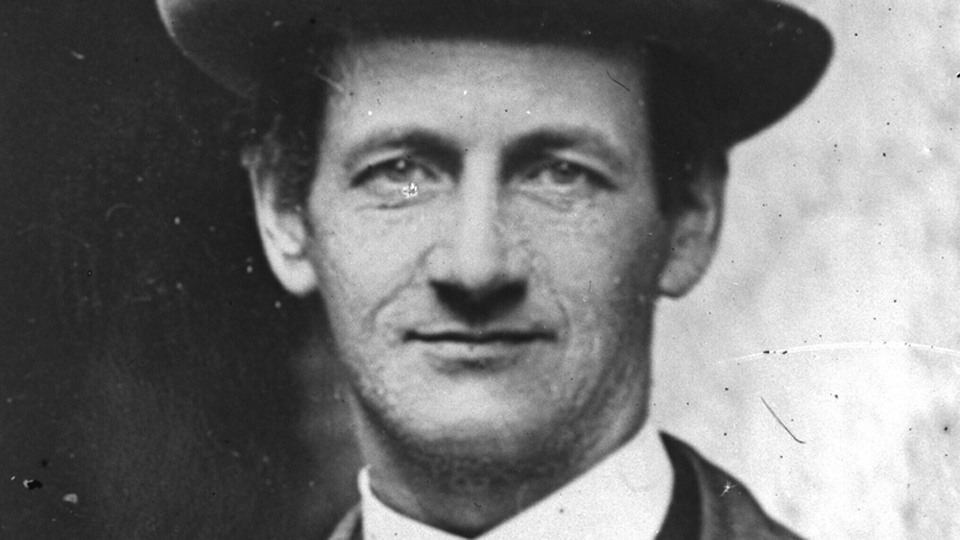 “If I die I know the fruit will exceed the cost a thousand fold. The thought of it makes me happy. I thank God for it. Ah, Cathal, the pain of Easter week is properly dead at last.”

Terence MacSwiney wrote these words in a letter to Cathal Brugha on September 30, 1920, the 39th day of his hunger strike.

The pain he refers to is that caused by his failure to partake in the 1916 Easter Rising. Contradictory orders from Dublin and the failure of the arms ship, the Aud, to land arms in Tralee left the Volunteers in Cork unprepared for insurrection.

He was born into a staunchly nationalist, Cork Catholic family of 8 children. To help support his family, Terence, left school at 15 and found employment as an accountancy clerk.

In 1899 he joined the Gaelic League and remained an active supporter of the Irish language throughout his life; he he co-founded the Cork Celtic Literary Society which adopted a broad nationalist programme; and was among the founders of the Cork Brigade of the Volunteers in late 1913.

MacSwiney’s friend and comrade Tomás Mac Curtain was elected as Lord-Mayor of Cork in January 1920 after Sinn Féin’s success in local elections, but three months later was murdered by disguised RIC men in his home. MacSwiney succeeded him as mayor, he was arrested after a meeting in Cork City Hall on August 12 along with 10 others, on charges of sedition and for allegedly possessing an RIC cipher. MacSwiney immediately began his fateful hunger strike, protesting the authority of the British court in the Republic and died 73 days later on the 25th October.

His last words to a priest by his side were, “I want you to bear witness that I die as a soldier of the Irish Republic.”

Bringing #Ireland's History to Life 🇮🇪
My colourised 1920 footage featuring the funeral procession of the Mayor of Cork Terence MacSwiney who died after 74 days on hunger strike. Huge crowds lined the streets of Cork from Cathedral of St Mary and St Anne to St Finbarr's Cemetery. pic.twitter.com/vkFegYEfXT