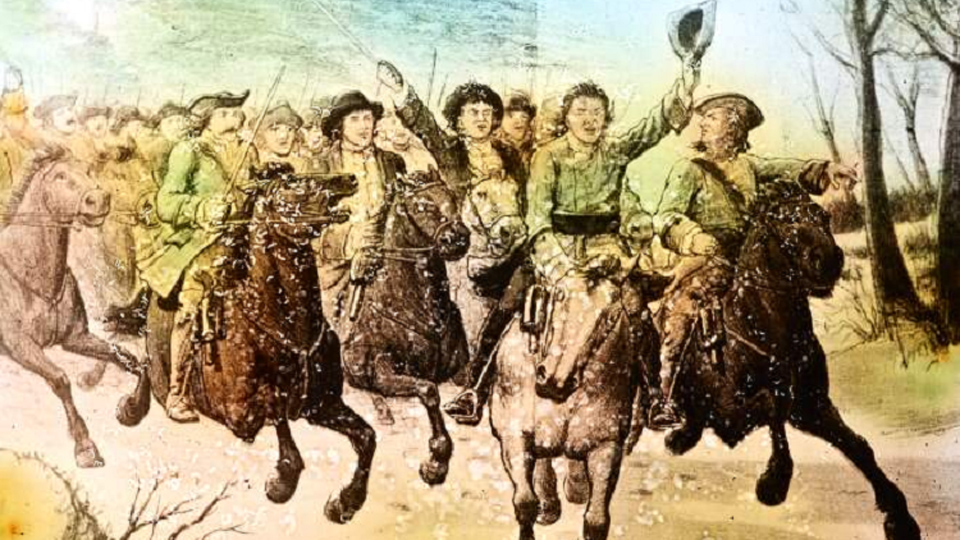 Redmond O’Hanlon is often described as the ‘Irish Robin Hood’ or Scotland’s Rob Roy McGregor. Born in Armagh in 1620 he joined the Irish Catholic rebel forces and served under Owen Roe O’Neill at the Irish victory at the battle of Benburb. He fled to France after the Cromwellian conquest of Ireland; his families’ lands were confiscated under the Act for the Settlement of Ireland which saw a large number of people dispossessed from their homes and lands.

When he returned from France around 1660, and realizing there were be no restitution of his family’s lands, he became a highway man and gained notoriety by charging landlords protection money and then distributing that money to the evicted Irish peasants. Many other dispossessed Irishmen flocked to his banner. The money he extracted, called ‘black rent’ by the Protestant landlords, was used to pay his large network, his clansmen and their families.

According to historian Stephen Dunford, “He is likely to have seen himself as one of the chieftains of the clan and therefore honour-bound to exact justice.”

If Landlords or merchants did not pay protection, their goods and livestock would soon vanish. If they did pay, the received a ‘pass’ which guaranteed that virtually no one would steal anything from them. Redmond made true to his promise of protection; if one stole from a landlord who was protected, the thief would be hunted down and the goods returned. If the thief re-offended, he would be killed. Once the Count gave his word, he adhered to it.

The authorities in Dublin Castle had a bounty on this head and he was a most wanted prize. It was said that he often fitted his horse with shoes facing backwards to confuse anyone chasing him and that he wore a reversible coat, so he could appear as an army official at any moment if in danger of being caught.

According to Stephen Dunford, “Outlaw hunting was then a popular pastime and many adventurers eagerly joined in the chase… It was a lucrative business and in June 1676 alone seven known outlaws had been killed. Two of the most notorious Tory-hunting families in the country were the Cootes of Cootehill and the Johnstons of the Fews, planters infamous for their cruelty and ruthlessness in tracking down and murdering priests. Tradition has it that on one occasion the Johnstons tracked Redmond as far as the shore of Carlingford Lough. With the pursuers at his heels, the outlaw was left with no option but to swim the estuary. He was spotted entering the water by the hunters, they unleashed a ferocious hound and the massive animal plunged into the water in pursuit. The dog caught up with Redmond and a fierce struggle ensued, man against beast, with the outlaw proving victorious: he drowned the dog and escaped.”

Even though priests regularly condemned him and his men, he refused to testify against them when asked, though it would have benefited him greatly.

In 1678, several Catholic priests were arrested and charged with treason, after a false allegation had been made that they were planning a massacre of Protestants.

The Count was offered a pardon from all his crimes by the Anglican Bishop of Meath, Bishop Jones, if he testified against the Catholic priests.

Despite this, the Count refused to falsely testify against them, saying that ‘no offer could induce him to betray an innocent man’.

The Count was never caught but in the end was betrayed and murdered by one who was supposed to be his closest ally – his step brother – Art MacCall O’Hanlon. Art was offered a full pardon if he killed the Count, which he did, and he displayed the Count’s head on a spike as a warning to all other outlaws.

Image is from Mason Photographic Collection by Mason, Thomas Holmes, 1877-1958, Credit to NLI