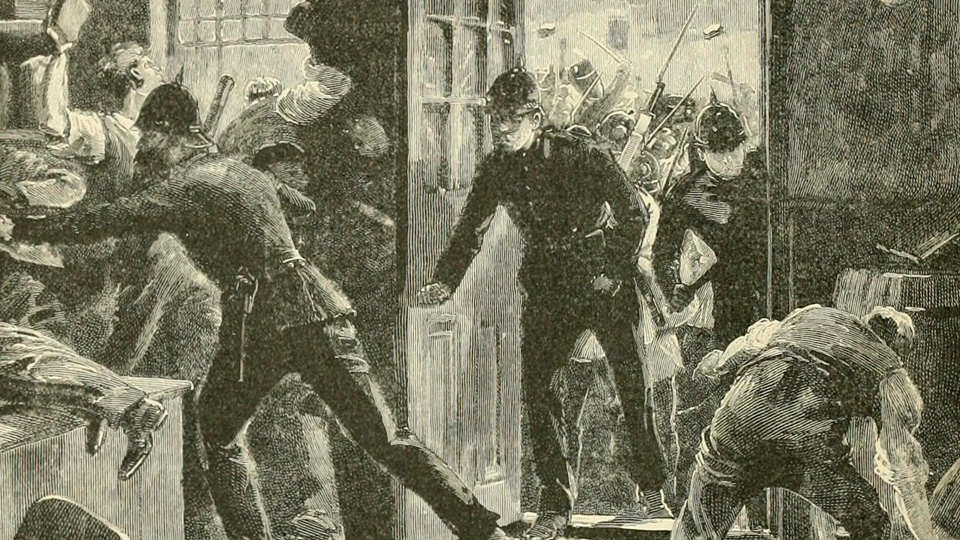 Mayo agent, Captain Charles Boycott, was sent to a ‘moral Coventry.’ He described his plight in a letter to The Times: “…people collect in crowds upon my farm and order off all my workmen. The shopkeepers have been warned to stop all supplies to my house. My farm is public property, I can get no workmen to do anything, and my ruin is openly avowed as the object of the Land League unless I throw up everything and leave the country”

In the autumn of 1880, Captain Charles Cunningham Boycott, a land agent for Lord Eme on his Mayo estate, was called upon by the Land League to reduce rents after a bad harvest. He refused to do so.

Boycott was known as a hard hearted cruel agent with little or no compassion towards tenants facing great hardship. The Land League organised a ‘moral coventry’ against boycott and the tenants refused to engage with him in any way. This meant he had no one to work on the estate that he managed.

He hired Orangemen from Ulster to bring in the harvest, and had 1,000 soldiers for protection. The Land League and the tenants benefited from the massive publicity and Boycott was forced to return home to England.

From then on, the word ‘boycott’ has been widely used to describe the shunning of people, organisations or countries. The tactic of boycotting was used widely in Ireland during the Land War. A new word was added to the English language.

Illustration shows fight between the Land League and Police who were there to evict tenants from their home. 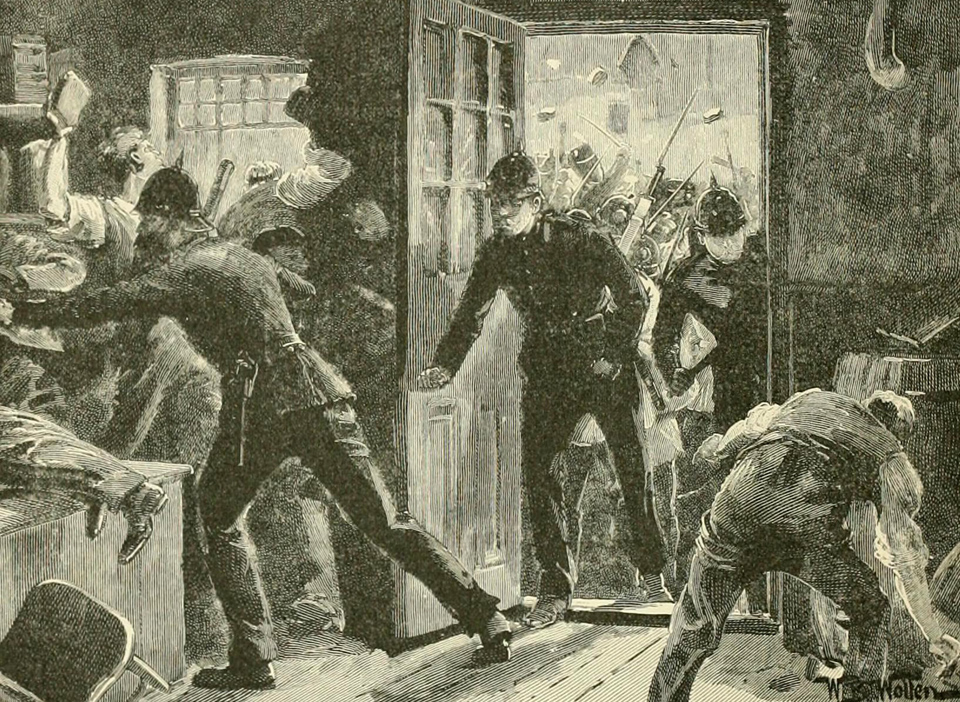