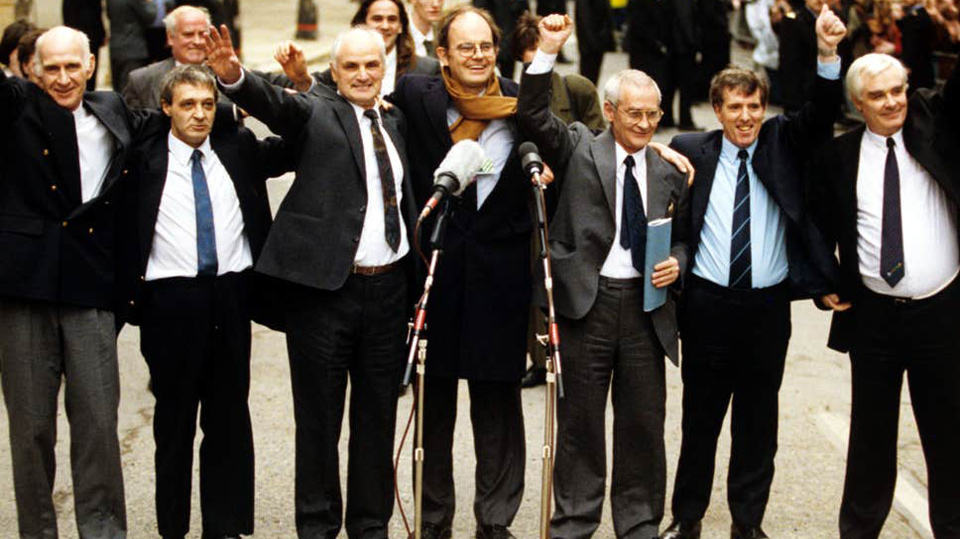 All six had lived in Birmingham since the 1960s, and were arrested on the way to a funeral in Belfast, while in custody they were charged with the bombings. Police brutality, physical and psychological torture resulted in forced confessions which came out during the subsequent trial. The defendants maintained their innocence, saying that police had beaten the confessions out of them. They were convicted and sentenced to lengthy prison sentences. The men wrote that they were abandoned by the Irish government.

In 1985, the forensic evidence was exposed by scientists as unreliable at best, and in 1987 an appeals judge conceded that the same results could be obtained from testing people who recently touched playing cards or cigarette paper. However, it was not until March 1991, with people across Britain and Ireland calling for their release, that the Birmingham Six were freed after nearly 17 years in prison. Seven years later, a British court of appeals formally overturned their sentences, citing serious doubts about the legitimacy of the police evidence and the treatment of the suspects during their interrogation.

It is considered to be, one of the worst miscarriages of justice in British history.

ON THIS DAY: 26 JULY 1914: Volunteers meet the Asgard for delivery of guns