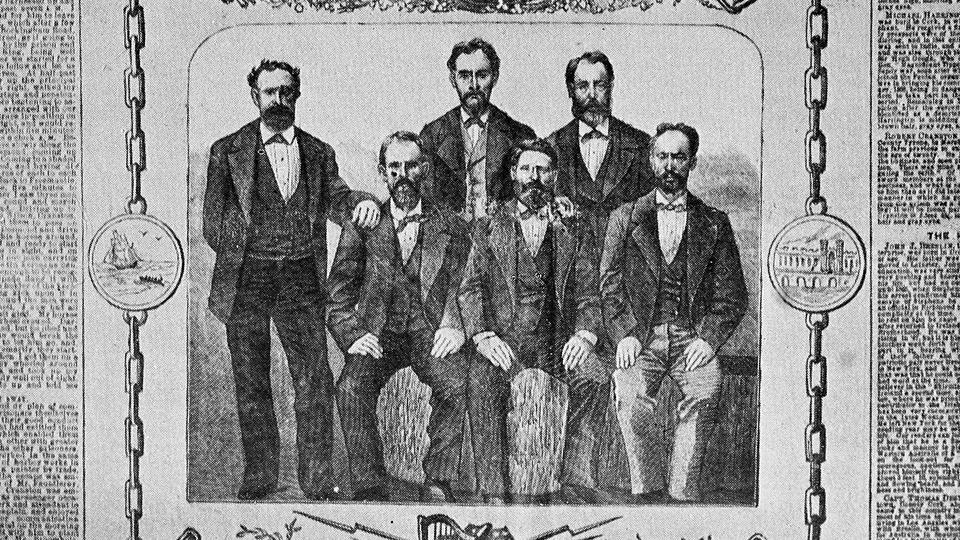 In 1874, a letter was sent to John Devoy, a leader with the Fenian Irish Republican Brotherhood who was living in exile in the USA. He was planning a rebellion in Ireland when informers altered the British authorities and Devoy was arrested, convicted of treason and sentenced to 15 years labour on the Isle of Portland in England. After serving nearly five years there, he was exiled to America, became a journalist for the New York Herald and soon became active with Clan na Gael, the secret society of Fenians in the USA.

The smuggled letter he received was from an inmate named James Wilson writing all the way from Fremantle Prison in Western Australia – one of the most remote and impregnable prison fortresses ever built. “Remember this is a voice from the tomb,” Wilson wrote, which had a big impact on Devoy.

Wilson was one of seven high profile Fenians among the hundreds of Irish republican prisoners in Australia. They had been convicted of treason and sentenced to death by hanging until Queen Victoria commuted their sentences to a life of hard labor.

Their chests were branded with the letter “D” for “deserter” and given backbreaking work carrying stones and building roads under the scorching sun. Wilson wrote. “… we can’t expect to hold out much longer.” Wilson asked Devoy to help them escape from Fremantle prison.

One of the Fenians who had been with Wilson, John Boyle O’Reilly, was transferred to Bunbury, another prison in Western Australia but had escaped with the help of a local Catholic Priest. He persuaded a whaling ship to take him where he sailed to the US where he became a poet, journalist and editor of the Boston Pilot, a Catholic newspaper.

John Boyle O’Reilly knowing the unforgiving and cruel regime in Fremantle persuaded Devoy to rescue the men. It wasn’t hard to convince him. “Most of the evidence on which the men were convicted related to meetings with me,” Devoy later wrote. “I felt that I, more than any other man then living, ought to do my utmost for these Fenian soldiers.”

They were able to get Clan na nGael to fund the rescue – with one member mortgaging his house to finance the rescue – and John Breslin and Thomas Desmond, both Fenians posing as American Business men were sent to Australia to plan the escape. They purchased a whaling ship called the Catalpa, got a captain and crew and which set sail from Massachusetts to meet them there. 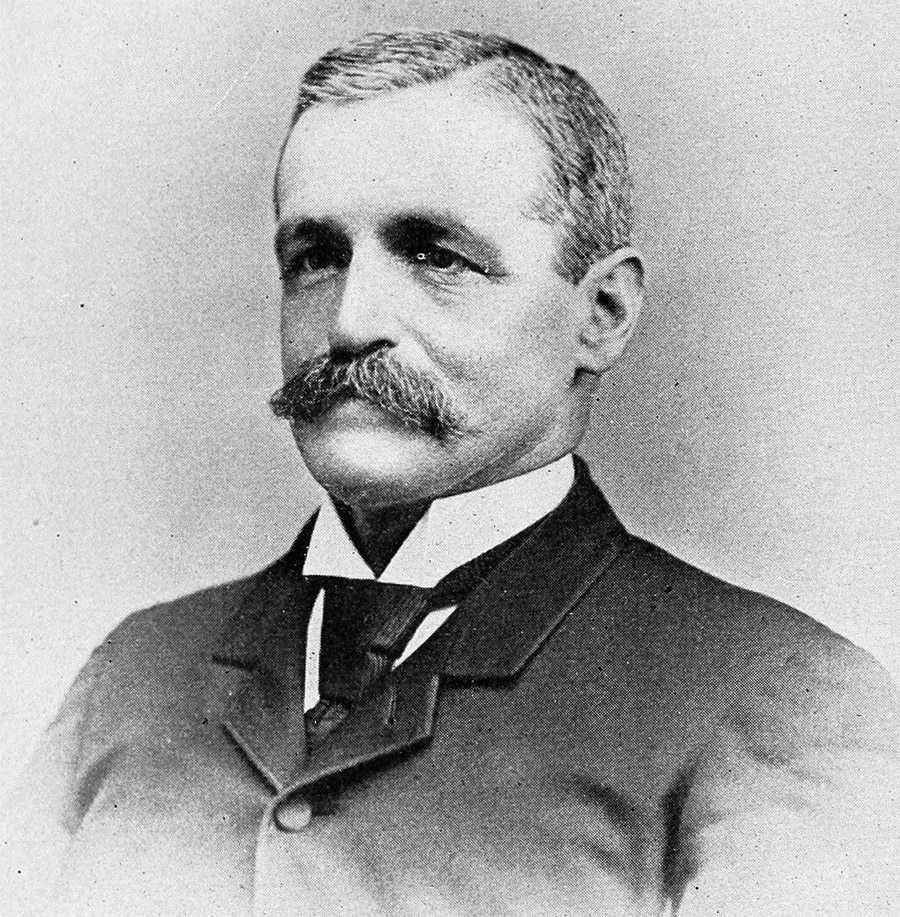 The captain, George Anthony, ran into many problems on the way; from storms to bad weather to faulty devices, to sick and deserting crew. But he continued on; he believed in the mission even though he was Protestant and not a Fenian. The Catalpa finally made it to Australia after eleven months at sea, five months late she dropped anchor off Bunbury on the 28th March 1876.

Fremantle Prison was a medieval establishment surrounded by desert and stone on one side and by shark infested waters on the other. But Breslin found that the security in the prison was somewhat lax, and pretending to be looking for investment opportunities he visited the prison several times on the pretence that he was hiring prison labour. On one of these visits, he was able to get a message to the Fenians that escape was imminent.

He met with Captain Anthony when he arrived and they hatched a plan. They needed to get all six men together outside the walls to make sure no one was left behind. After getting a message to the Fenians, the escape was planned for 17th April and the Capalta dropped anchor about 20 miles out to sea. The six men were outside working or out on concocted tales and they absconded where they met Breslin and Desmond with horsetraps. They raced to meet Captain Anthony who was waiting for them with a rowboat up the coast. They weren’t gone an hour when the prison guards were aware that they had escaped and swang into action with mounted police and trackers following them. At Rockingham Pier, they met Captain Anthony and began to row out to meet the Capalta which would take several hours. They saw the Royal Navy was commandeered to intercept the rowboat. Now the race was on, the men rowing desperately with the authorities hot in pursuit. Exhausted, starving and without energy, Breslin spurred on the prisoners by reading a copy of a letter he has sent the British governor telling him of his part in the Fenian escape.

A fierce storm broke out and at times, the men thought they might not make the ship. The British steamer SS Georgette found the Catalpa but the first mate refused to let the authorities on the ship as it was outside the colony’s three-mile limit. The Georgette followed the Catalpa but running low on fuel, it had to return to shore.

More bad luck befell the Irish, barely making it to the Catalpa from their rowboat, Captain Anthony turned it away from Australia, when the wind went dead and by next morning the Georgette was back, refuelled and heavily armed. The Fenians grabbed rifles and revolvers and prepared for battle, knowing they had no choice. Captain Anthony then said pointing at the Stars and Stripes. “This ship is sailing under the American flag and she is on the high seas. If you fire on me, I warn you that you are firing on the American flag.”

Suddenly the wind kicked up and Catalpa headed out to sea. The Georgette followed for an hour, but Captain Anthony’s previous warning about firing on an American ship in international waters made the Georgette reluctant to engage in fire. Finally the British authorities went back towards the coast, The Fenians were free.

It has been called the most daring prison escape in history, the news sparked celebrations in Ireland and the US. The six Fenians freed were Thomas Darragh, Martin Hogan, Michael Harrington, Thomas Hassett, Robert Cranston and James Wilson. Though the men were free, they were broken, Devoy noted. He’d known them as soldiers, and he was not prepared for the changes that ten years under the “iron discipline of England’s prison system had wrought in some of them.”

But the escape reinvigorated the spirit of other Fenians and Irish nationalists to continue their aims of an Ireland free from colonial rule.

John Boyle O’Reilly, who had escaped Fremantle earlier and persuaded Devoy to start the rescue mission 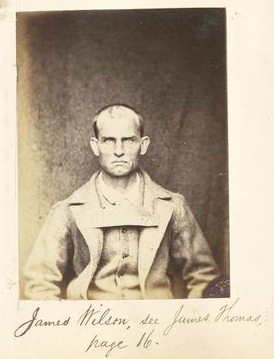 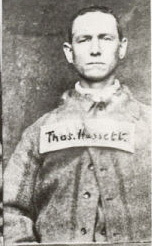 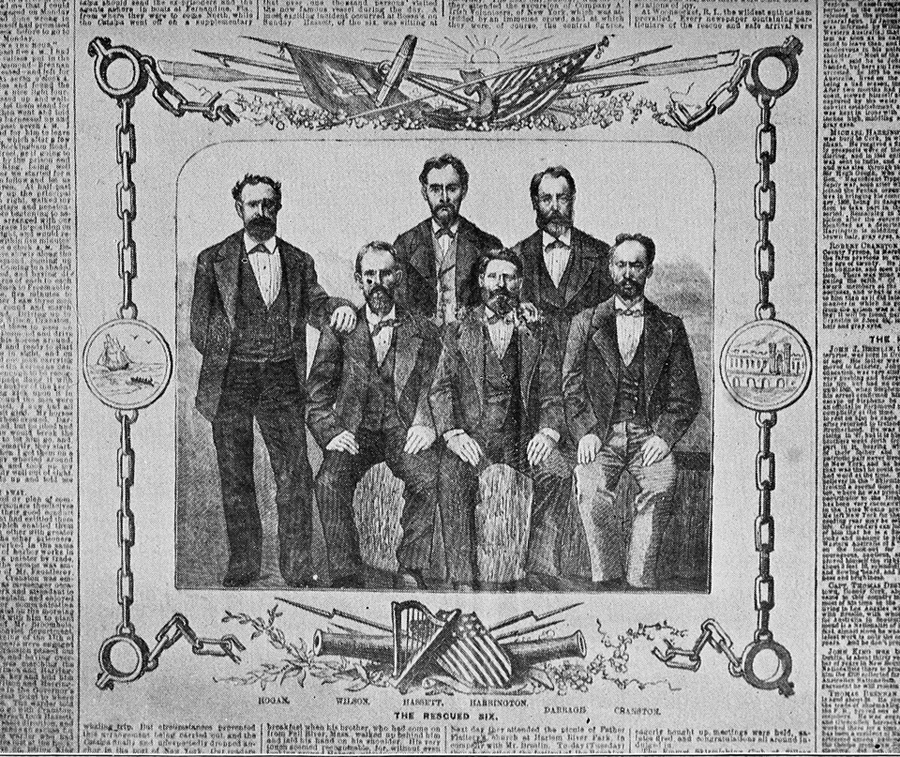