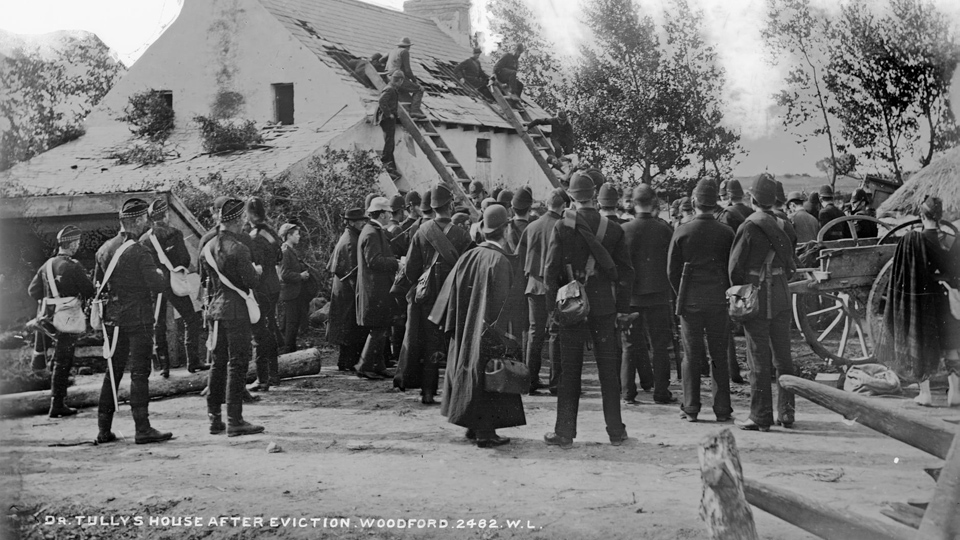 The Plan of Campaign was adopted in Ireland between 1886 and 1891, organised by John Dillon and others in the Irish National League, for the benefit of tenant farmers, against mainly absentee and rack-rent landlords and the tyrannical regime of enforced massive rents and evictions.

Dillon was among those who organised a campaign whereby tenants paid their rents to the Land League instead of their landlords. If the tenants were evicted, they would receive financial assistance from a general fund established for that purpose. As a result of his involvement in this campaign, Dillon spent a number of months in jail.

The Land War of the early 1880s was about to be renewed after evictions increased and outrages became widespread.

In 1887, a rent strike took place on the estate of Lady Kingston near Mitchelstown, Co. Cork. Another of the Land Leaguers, William O’Brien, was brought to court on charges of inciting non-payment of rent. Dillon organised an 8,000 strong crowd to demonstrate outside the courthouse. Three estate tenants were shot by police and others injured. This incident became known as the ‘Mitchelstown Massacre’.

Photograph shows Eviction scene, Woodford Galway 1888, during the Plan of Campaign. The Woodford evictions would become some of the most highly resisted with numerous pamphlets, during the period, referring to them