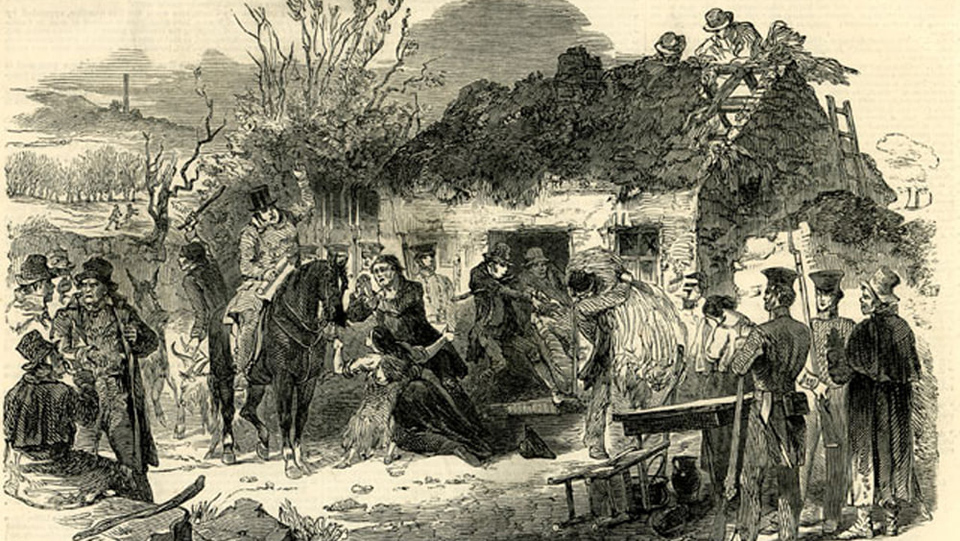 It was founded by the ‘Callan Curates’ Father Matt O’Keefe and Father Tom O’Shea from Cappahayden, near Callan.’

“The Callan Tenant Protection Society which was founded in the Town Hall on the 14th of October 1849, was to evolve into one of the most important movements in Irish history, the Irish Tenant League. ”

In one such incident in October 1849 Henry de Montegomery evicted 35 people in the county, and the two curates were so disturbed by the treatment of tenants and the evictions of families that they set up the Tenant Protection Society in Callan. Thousands of people turned up for the meeting. In a very short time, it evolved into a major movement and the society paved a way for formation of the Tenant League. They campaigned for fair rents and tenants rights. People supported each other and didn’t pay rents and the landlords were forced to move out.

At Ballyhale in July 1850 the Tenant Protection Society reported that 75 families had been evicted in the village and 62 houses had been leveled all of which left more than 550 acres of land lying in waste.

The Bishop at the time, Bishop Walsh did not approve of the priests work and moved them out of Callan as they wouldn’t toe the line as he wanted.

Fr. O’Shea’s family had been evicted from their own home when he was a baby himself.

This organisation was the forerunner of the famous Land League of the 1880s, which finally ended ‘Landlordism’ in Ireland. 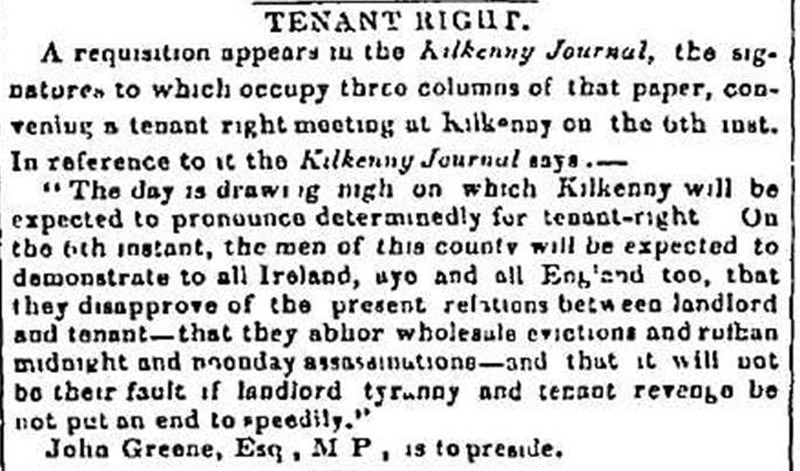 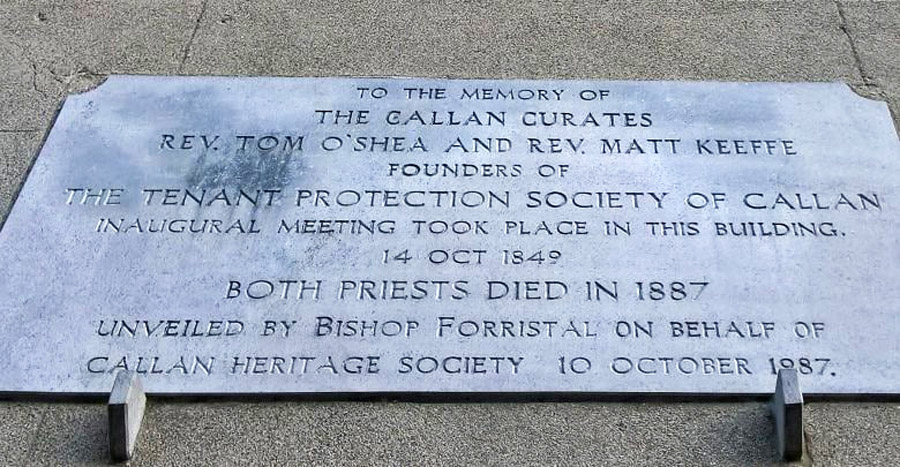