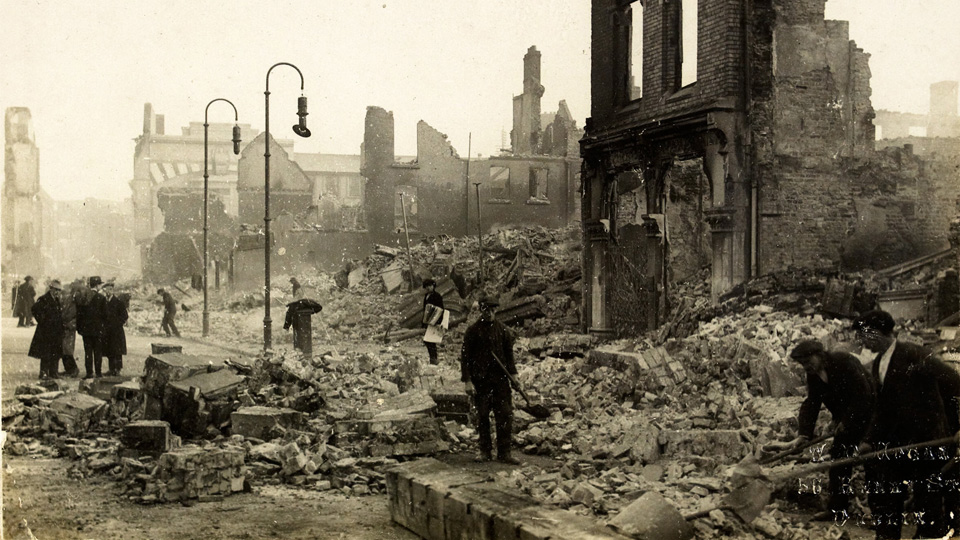 On this night, the Black and Tans burnt Cork City Centre with a devastating series of fires that swept through the city centre; looted businesses, assaulted firefighters and shot at the local population.

The burning and the subsequent controversy is one of the most significant events of the Irish War of Independence; on the day in question, a soldier was killed in an attack on British forces at Dillon’s Cross. Later that day Black and Tans opened fire on a group of civilians near the corner
of MacCurtain Street.

By the next morning numerous buildings on Saint Patrick’s Street were completely destroyed by fires that had been set in buildings along its east and south sides. The City Hall and the Carnegie Library were also completely destroyed by fire, resulting in the loss of many of the city’s public records, which was and is still a huge blow to historians.

Members of the fire service testified that their attempts to contain the blaze were hampered by soldiers who fired on them and cut their hoses with bayonets.

Over five acres of the city were destroyed and an estimated £3 million (1920 worth) of damage was done. Also that night two IRA men, the Delaney brothers, were murdered in their beds by the Black and Tans.