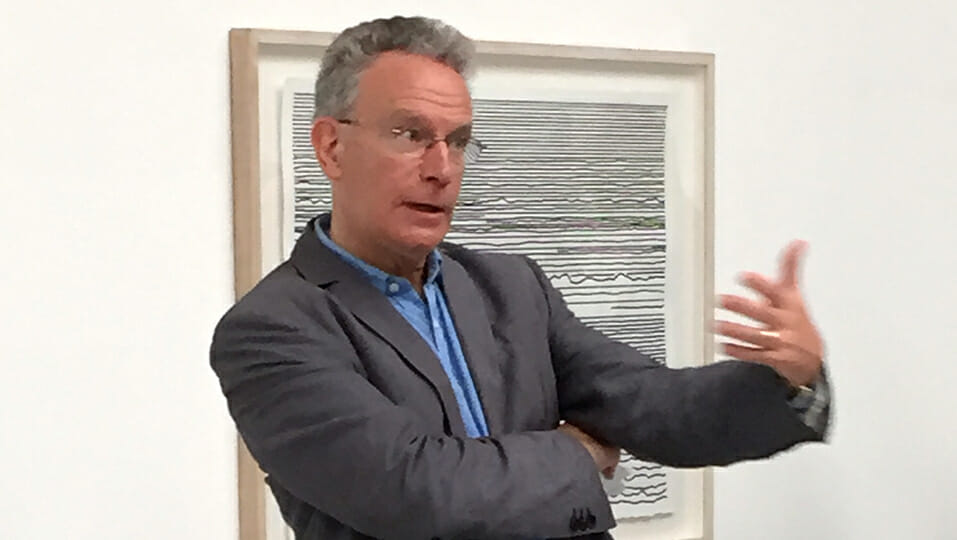 Fintan O’Toole is not shy about declaring what he is.  His working titles are “historian, biographer, literary critic and political commentator”.  To these he adds “acclaimed” columnist, adding that he writes “on Brexit for the Irish Times”, which he calls “a form of self-harm”, adding that it is also “a form of fatal attraction”.

His book is called HEROIC FAILURE, with the subtitle “Brexit and the Politics of Pain, a strange omelette of words designed to sensationalise without conveying meaning.  So much confusion generated in title and sub-title might be thought a sufficiency of word-games.  But no, this is followed by a text cluttered with a smorgasbord of pseudo-analogies and plays-on-words directed at insinuating connections between Brexit and bizarre mythical events and popular culture iconography—connections that are as strained as the position of the Irish Government on what may be the gravest and most critical question that has faced Ireland in independence.

Why, for example, should readers be offered extracts from the pornographic potboiler Fifty Shades of Grey?  More fundamentally, how can such nonsense be given space in a book about Brexit that displays an alarming absence of any analysis whatever of the gross centralisation of the workings of the EU?

O’Toole must, however, be taken seriously, because his book and his now almost ceaseless stream of anti-Brexit articles have brought us unwittingly to the edge of a precipice. Influencing the incompetents who now lead Ireland, his work has become in effect the Gospel of anti-democracy, the Holy Writ of elite contempt for the wishes of working people.

I bought and read the book out of curiosity, my most intense interest in it relating to the fact that it purports to deal with the huge issue currently being played out in these islands and before the world, but in essence between Britain and the European Union.  Under Theresa May, who led the first phase of this gigantic struggle, I regretfully felt that she would lose it, and lose is what she did.

With Boris Johnson I am not so sure, but, I stand with those now seeking to shape Britain’s departure, and align with those who prefer that Britain should pay its way out, and the sooner the better.

I have no equivocations about Britain leaving.  I can barely tolerate the European Union at a distance.  Close up it has been a thorn in my side, personally and politically, since 2008, when, with a few trusted friends,  I helped fight and defeat the attempted imposition of the Lisbon Treaty on Ireland.

To their disgrace, the three larger Irish parties – Fianna Fail, Fine Gael and Labour – failed in that shameful capitulation and then tried again, having promised not to do so.

In effect they had created a super party made up of three parties who had generally been opposed to each other, to create an ominous precedent in eliminating the concept of parliamentary opposition. And then, with hardly a thought – not that they ever had many – they individually and collectively betrayed every voter who had trusted them to represent the interests of Ireland and its people.  We fought the good fight and won. But it was not enough to keep the monster at bay.  As everyone knows, within a couple of years, the EU was to take Ireland over under every conceivable heading.

The EU created a divided Ireland and a divided Britain. The Irish Government, still pretending it was in charge, had a re-run, sold votes for large sums of money and sold its honesty and integrity for even more.  Almost no one knew how to vote.  And Fintan O’Toole, who appeared – then and later – not to have known how to vote, was taken over like the rest of the population. Together, they were carried, like the Egyptians, into captivity.

So, less than a year later, the European Union stepped in and bought Ireland out, took over our finances and our surrender was complete. The invaders faced no resistance as they took over the financial running of our country and placed our Constitution in a secondary role, thereby rendering it a nonsense from cover to cover.

When the EU began the Brexit process it seemed more focused on humiliating Theresa May than on negotiating a reasonable departure.  In this it did not quite succeed, though it did her unnecessary harm.

All this was entirely in keeping with the EU’s essentially vicious and vindictive character.

The same tactics will most likely be pursued against Boris Johnston.  But the game is almost up now, as the British people have found champions who are prepared to implement their will even if the heavens fall.

It is not over yet, but to Fintan O‘Toole’s complete chagrin and embarrassment, virtually nothing gathered for his book is of any help to him. Nothing is turning out as he imagined it would. The might of Goliath has failed to win the day and he, the cheerleader, is left with the omelette of words splattered all over his face.

In due course the EU’s drive for omnipotence has accelerated and grown in confidence and ambition. Our Taoiseach and Foreign Affairs Minister in turn, feel “bigger”, “more impressive”, part of the “wider world”, no longer confined to the modest stage of little Ireland. They meet, as they think, as equals with the bigger, stronger heads of European governments, imagining that the condescension they encounter endows them with “stature”.  But it is all a bit like Fintan O’Toole’s accomplishments being feted by Fintan O’Toole himself.

They – I mean both our political “leaders” and our alleged leading public intellectual, as well as others in government and in the media, have played multiple roles in the effort to bring Britain to its knees. The most significant shift represented by this sorry episode has been a ramping up of Irish cravenness under the guise of self-importance. We have sided with the new imperialists of Europe, with whom the relationship is, alas, a low-grade and servile one, offering no redeeming comparison whatever with our proud history of seeking independence from such imperialism while also, in the time of our independence, creating the many ties that nowadays bind our people with our nearest neighbours.

The lack of a dissenting view among either politicians or commentators is closely linked to the fact that there has, in truth, never been a real change of government since 1922. In my view, until there is a Labour Taoiseach, the establishment will adhere to one line (“the green jersey”) on major policy issues out of moral cowardice.

The one-party-state mentality has become deeply embedded in our political culture, and is getting worse. The evidence of where it leads is there for all to see but they refuse to see it. None of them can get past their moral cowardice, their fear of being outside the consensus.

HEROIC FAILURE: Brexit and the Politics of Pain, by Fintan O’Toole, is available from Amazon.

Bruce Arnold, OBE, is a journalist and author who has lived in Ireland since 1957. Bruce has worked for the main Irish newspapers based in Dublin – The Irish Times from 1965; The Irish Press and the Sunday Independent. He also acted as Dublin correspondent of The Guardian. He has edited Hibernia and the Dublin Magazine (1962–68; formerly The Dubliner). He was educated at Kingham Hill School and at Trinity College, Dublin. He is the author of more than 20 books, and an honorary Fellow of Trinity College Dublin, a Fellow of the Royal Society of Literature and an honorary member of the Royal Hibernian Academy. He was awarded an honorary doctorate by University College Dublin.

PROF RAY KINSELLA: Living in fear forever is no life at all

PUP is being taxed because the State is broke – so why do they keep wasting money?