No, Ireland Does Not Have the 3rd Highest Quality of Life in the World 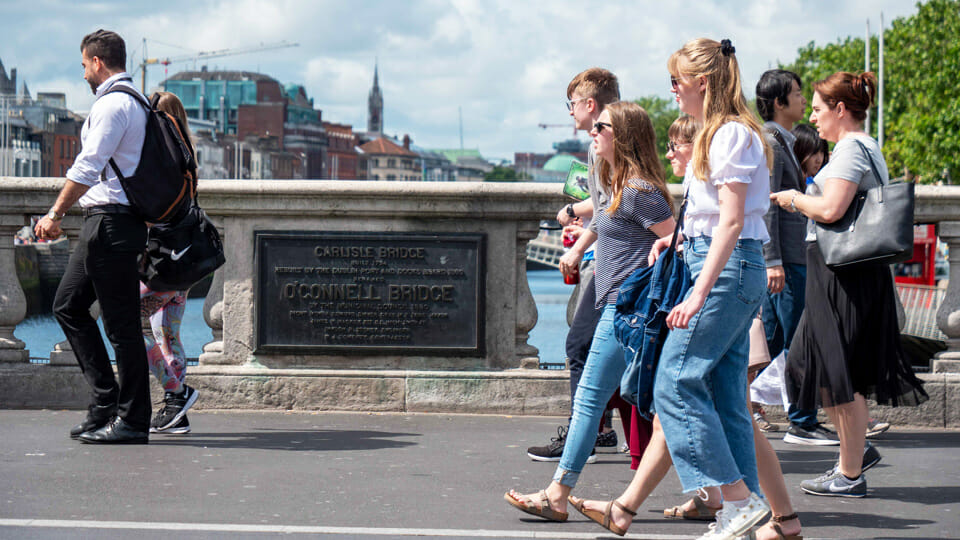 Earlier this month, picking up on the 2019 United Nations Human Development Report, An Taoiseach Leo Varadkar tweeted out, “Worth reading. No country is without its problems but overall we’re doing pretty well. At least according to the @UN: Ireland has third highest quality of life in world…”

But the amount of evidence that can be stacked against the claim that Ireland enjoys the 3rd highest quality of life in the world is overwhelming, which leads one to wonder why anyone would be disposed to give it credence.

While politicians brag about increased GDP and high employment, many ordinary citizens struggle to pay their rent, get access to quality healthcare, or find a school for their kids.

The obsession of our political establishment with statistical indicators of development follows a growing international trend toward technocratic politics – a style of politics in which political decisions are justified by supposedly “scientific” criteria such as opinion polls and statistical reports.

In reality, however, technocratic politics harnesses the tools of social science not to uncover the truth, but to rationalize politicians’ policy commitments and insulate them against public criticism.

In Ireland’s case, the political establishment’s obsession with quantative indicators of economic and social development is built on a desperate need for affirmation and praise by the international community for our “modern” way of life and our success at adapting to the global economy.

The UN Human Development Report provides a welcome tool of government propaganda in the build-up to an election. But there are good reasons to be skeptical about the proposition that Ireland is topping the global charts in its quality of life.

First, just talk to people living in Ireland about long commutes to work, the difficulty of finding a school for their children, the exorbitant cost of childcare, prohibitely high insurance costs, their struggles to purchase or rent a home, or our spectacularly mismanaged health service, and you will have good reason to doubt the claim that Irish people enjoy a quality of life that far outpaces that of their counterparts in other countries.

Second, other reports loudly contradict the notion that Ireland ranks high in quality of life by comparison with the rest of the world. For example,  according to the Expat Insider 2019 report, Ireland fares pretty abysmally as an expat destination. According to that report, among 64 countries, Ireland ranks 53rd in quality of life, 60th in leisure options, 55th in personal happiness, 58th in travel and transportation, and 49th in health and well-being.

Some of the findings of the Expat Insider report were already anticipated by a report issued early in 2019 by the National Competitiveness Council on the “Cost of Doing Business in Ireland,” which indicated that Ireland’s impressive rate of economic growth (6.7% in 2018) and low unemployment rate (just 5.3% in 2018) went hand in hand with a rising cost of living, an acute housing shortage, childcare costs well over the EU average, increasing traffic congestion in Irish cities, and increasing commute times for many Irish workers.

The so-called “Human Development Index” ranks countries in terms of a composite value calculated based on the following three variables: life expectancy at birth, expected and mean years of schooling, and gross national income per capita.

Knowing that on average, people in Ireland spend more years in school, live longer, and have a higher gross income per capita than most of their counterparts in other countries tells us next to nothing about how people would assess their overall quality of life, whether they feel financially stressed, whether they enjoy high quality relationships with their neighbours, whether they feel safe in their homes and streets, or whether they currently have access to good quality healthcare.

It is therefore at best extraordinarily naïve, and at worst downright manipulative, for opinion leaders and politicians to cite the infelicitously named “Human Development Index,” as evidence that Ireland (to use our Taoiseach’s words), is “doing pretty well.”

It must be truly galling for people to hear their political leaders selectively citing statistical reports alleging that all is well on the home front when so many know, by first-hand experience, that many Irish people have seen a significant decline in their quality of life over the past decade.

Political and opinion leaders should subject statistical reports to critical scrutiny before tweeting them out as “feel good” headlines. In these challenging times of Brexit and global political instability, we deserve better than to be fed empty propaganda about our quality of life.

Closing our eyes to the current downward trend in our quality of life will not make things any better. Until we wake up from our complacency and stop papering over our problems with feel-good tweets, we will be in no position to address the crisis that is shaking three areas critical to our quality of life: health services, education, and housing.