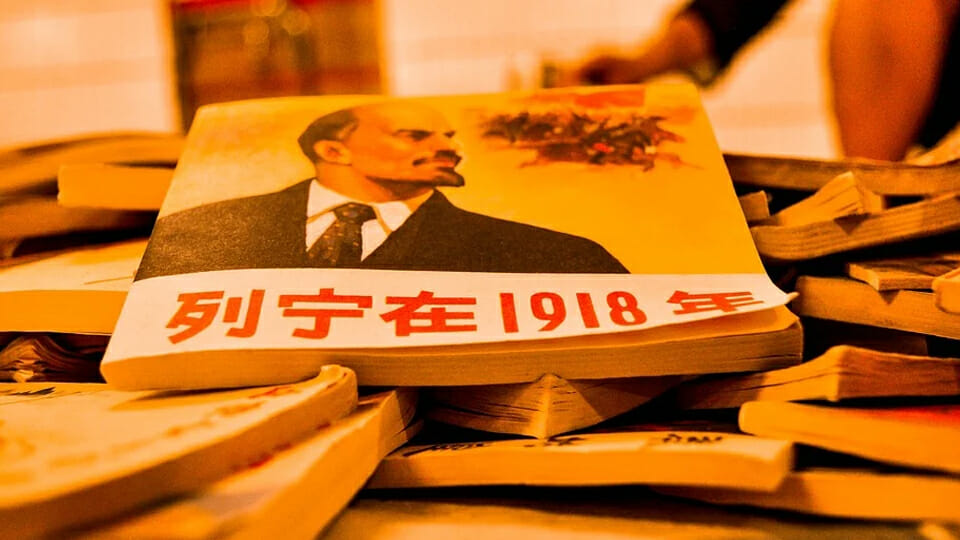 For years, Bernie Sanders’ critics have accused him and his campaign of political radicalism and holding fringe, far-Left positions. His opponents often claim that he is a crypto-socialist (if not full-blown communist) who wants to smuggle dangerous and extreme ideas into the White House under a moderate guise. Sanders, of course, vigorously denies these allegations. However, it’s not hard to see why someone would make them.

From his refusal to condemn ruthless Communist dictators like Cuba’s Castro and Venezuela’s Maduro, to having his honeymoon in the Soviet Union, Sanders certainly has never helped his own case in this area. But through it all, the 78-year-old has maintained that he is not actually a socialist as many fear, but a democratic socialist – something which (he tells us) is completely different and much more benign.

How surprising, then, when after Sanders announced this week that he was suspending his presidential run, his press secretary took to Twitter to announce that she could finally drop the word “democratic” from the “democratic socialist” label.

On the plus side, I can drop the “Democratic” from my tweets about why Socialism is good. 😉

For some it was the moment when the mask slipped, and a leading member of the Sanders campaign admitted the truth – that she was a full-blown socialist without a “democratic” qualifier. Of course she only admitted it after her candidate could no longer get elected – had he stayed in the race, she would have no doubt kept that fact to herself. But now, as Bernie fades into political obscurity, the truth is revealed.

It’s hardly a surprise that a high-ranking Sanders campaign representative would feign having more moderate views to win support. As revealed by Project Veritas this year, prominent Sanders staffers have been caught on a plethora of occasions promoting what can only be described as political violence and extremist positions that no rightwing or conservative candidate would get away with.

For example, Iowa field organiser for the Sanders campaign, Kyle Jurek, was caught on video saying that the US would have to “spend billions” on re-education camps to “de-Nazify” the population. He claimed the purpose of Sanders’ free education programs was to “teach you how not to be a f**king Nazi”, and that “Milwaukee will burn” if his candidate failed to secure the nomination (Milwaukee being the location of the 2020 Democratic National Convention). He added “The cops are going be the ones that are getting f**king beaten in Milwaukee.”

Perhaps most outrageously, Jurek defended the legacy of the Soviet concentration camps, saying “There’s a reason Joseph Stalin had gulags”, and claimed they were actually “a lot better” than people think.

Chances are most people reading this article won’t have heard any of this, but it’s been freely available on video for months now. Do you think such a tape from the Trump campaign or any Republican would be overlooked in the same way?

But as Shakespeare tells us, “a rose by any other name would smell as sweet”, or in this case, as foul. People like Sanders can label their systems whatever they like, but the truth always comes out in the end.

Operation ‘Back to Life’: How Israel is Leading the World’s Vaccination Campaign

Why do the elderly request euthanasia in the Netherlands?