MARY KENNY: My friend has quit her job rather than teach under Covid-19 restrictions 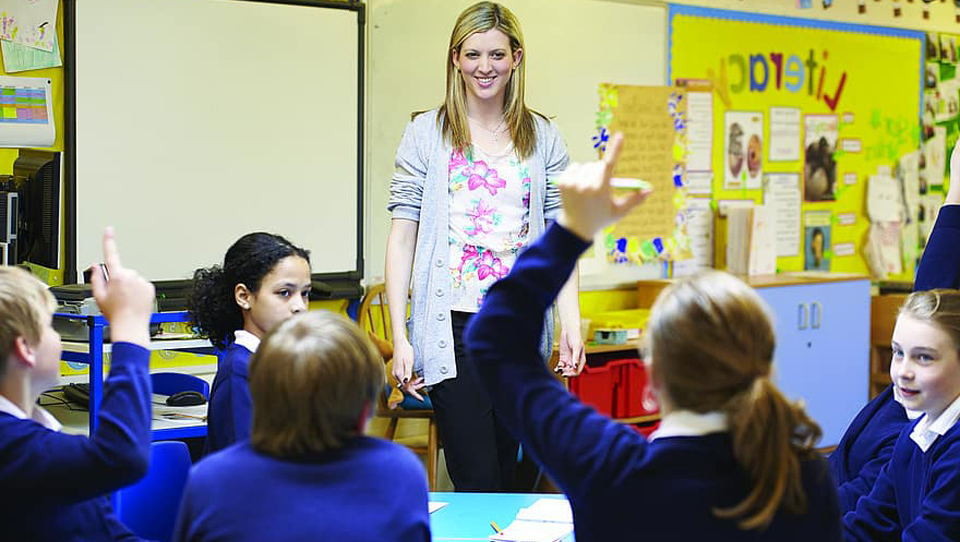 Since March of this year, or perhaps earlier, it’s safe to say that opinions greatly differ with regard to all things related to Covid19.

However, in the midst of much disagreement and what has become a very contentious subject where one can hardly express an opinion that goes against the WHO or RTE without being labelled a conspiracy theorist, I think there’s one thing that most people agree on – we need to reopen our schools as soon as possible so that our children can return to some degree of normality.

We’re told that for the government the return of children to school at the end of the month remains “a primary objective”. But let’s be honest, we have been hearing about the reopening of schools being a priority for months now, yet parents across the country are feeling confused and anxious as to what awaits their children on their return to school in just a couple of weeks.

One such parent is my friend Deirdre, a dance teacher of twenty years at an academy for dance and performing arts in the Limerick region.  She explained that “The people that run the academy are genuinely caring people who have done amazing work with kids throughout the years. They’re all coming from a place of compassion but their compassion is being manipulated”.

After attending Covid19 training that was provided by the HSE, Deirdre has decided to leave her job. She says: “What they’re asking us to do, as teachers, I can’t consciously do that. The idea of standing in front of a group of teenagers and teaching them to dance with a mask on, and that they can’t touch or interact with each other: you’re literally taking the humanity out of their education”.

So what has Deirdre  been asked to do? What happened at this Covid training that was provided by our health board to provoke such a reaction? When asked to walk me through the training, she said the following:

“We were told by the instructor that we need to change our thinking, we need to change our teaching and that this will go on for at least twenty four months and they don’t know how long after that. The protocol would be that children come in and stand on their little distancing circle. This training was about three to four weeks ago, they told us that children aged seven and up would wear masks while dancing and doing drama”.

This is an academy of performing arts, of dance, drama, and music. For anyone who has been inside an academy like this, or attended a stage school, or participated in their local youth club and danced and sang to their hearts content on Friday nights as I did when I was only a tot, then you will know that this is totally unworkable. It doesn’t take a degree in medicine, or science, or immunology to see these measures are not compatible with teaching in a performance academy.

Furthermore, these guidelines regarding face coverings for children were given weeks before official guidelines came out concerning the latter. Deirdre further explained that “When I asked what studies have been done to show this is safe, I was told that they might come out in a year.” She feels these measures are being put in place in schools throughout the country, and the HSE instructor has no scientific evidence to hand when asked if this is safe for children or not.

On the other hand, there are doctors who take a different view in regard to providing safe environments for children in dealing with coronavirus. Professor Mark Woolhouse, an epidemiologist from the University of Edinburgh, said that there has not been one documented case of covid being transferred from a student to a teacher in the world.

So although we haven’t a single documented Covid19 case between teachers and students, parents are expected to nod and smile at these drastic changes that are being made. Many parents are deeply concerned about their children going back to school in September if this is the standard of training being provided by the HSE.

Deirdre also confirmed that under these new guidelines, the parent teacher relationship would change drastically. She went on to say that “We won’t be communicating with the parents anymore. Parents will only be dropping off and collecting. We are not to have contact with them. To me, having contact with the parents is important at the end of a class. A child may have had a bad time at class, many of the kids have ADHD, Asperger’s, and autism and when you talk to the parents, you get to know the child better, you can help them develop and express themselves individually and be confident in themselves.”

She also expressed concern about children’s mental health with regard to all of these restrictions being placed upon them: “I’m worried about children and their mental state because this removes their humanity, their way of connecting. I think they [restrictions] go so far as to bring on more symptoms like mental problems. We will have far more anxiety, far more panic attacks, and insecurities. You take away so much from a child when you take away their interaction with each other, it’s how they learn to be confident people. What we are doing now is creating weak ones who are full of fear”.

It’s easy for us to sit back and say ‘Well that’s just the way things are now’, but we weren’t denied what children are being denied right now, a normal childhood without constant scare mongering from our media, playing with friends without fear of getting too close together, hugging their grandparents without being told it’s dangerous. The one light for parents at the end of this never ending tunnel (I am suddenly reminded of the original Alice in Wonderland when she fell down the hole) was that schools would reopen in September and life could return to some level of normality. If this is the standard of training given by the HSE, then how different will each school be?

Deirdre said: “At the end of the day, I am a nobody. I am just a teacher. It is down to every parent now to stand up, to approach their principals, teachers, and local TDs and demand to be given transparency on how their children are going to be treated”.

I have no doubt that children will be dealing with huge changes to their school environment in the next couple of weeks. It is up to each parent to ask questions and to assess what effect these changes will have on their children.

How will the lost school days be recovered?