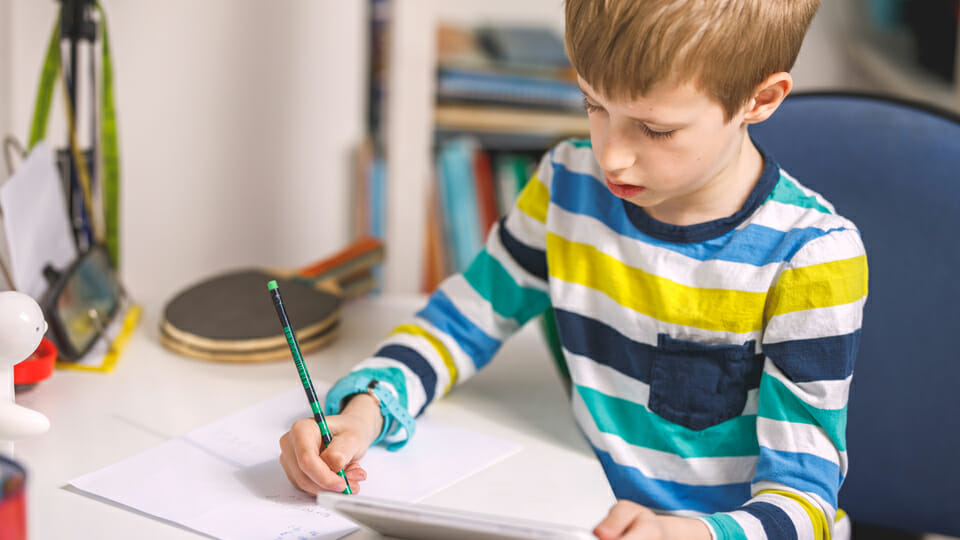 Last week, Harvard Magazine published a hit-piece on homeschoolers. In an interview with Prof. Elizabeth Bartholet, a professor with Harvard Law School, the article highlighted the dangers and risks homeschooling poses to children, and even to democracy.

So concerned is Prof. Bartholet that she has run a workshop in Stanford University on the issue, and Harvard University is planning to host a “Homeschooling Summit” later this year, entitled “Problems, Politics, and Prospects for Reform.” It is an invitation-only event, that seems to be entirely in favour of severely limiting homeschooling, which is to say, the freedom of parents to educate their children as they think best.

Parents have a natural duty and a natural right to educate their children. Any sensible person understands this. The right is not created by the State; it is created by virtue of the fact that our children are our own flesh and blood. Both the right and the duty are, as our Irish Constitution puts it, “antecedent and superior to positive law”.

If parents allow their child to go completely uneducated, would we regard them as being in dereliction of their duty? Of course, because we recognise that they have a duty towards their children that belongs to nobody else. And if I took it upon myself to dictate to you how you should educate and raise your own child, you would rightly say that it is none of my business. Making decisions as to your child’s education is a right reserved to parents. Neither the right nor the duty derives from the law. In each case, the law merely recognises it.

Bartholet claims that educating children at home could be used as a cover for child abuse. However a closer reading of the article – and another by Bartholet, published in the Arizona Law Review – shows that her concern for abused children (which I am sure is genuine), does not stand up to scrutiny as the real reason for her opposition to homeschooling.

We all know that some parents abuse their position of authority. Most democracies recognise the need for the State to step in and remove children from the authority of their parents in cases of serious abuse or neglect. This is only right. However, deciding to educate your child at home is not evidence of abuse or neglect. It is perverse to suggest, as Prof. Bartholet does, that the burden of proof should be on parents, so that they must “win the right” to educate their children themselves. This is nothing short of tyranny.

Prof. Bartholet cites some tragic – and extreme – cases, but without any scientific or statistical validity. As has often been said, hard cases make bad law. And there are plenty of hard cases on the other side, too. We have heard of all-too-many abuse cases in schools and other places of extracurricular activity by teachers and fellow students; yet Bartholet does not propose a presumptive ban on schools, nor suggest that teachers be monitored constantly. No sensible person would, yet this is the approach that should be taken with homeschooling families, according to Bartholet.

While Bartholet’s colleagues, due to present at the Harvard summit, mention a number of (horrific) cases of child abuse, in which parents removed their children from school on the pretext of homeschooling, in almost all cases, the abuse was known to the Child Protection Services (CPS) while the child was in school as well as subsequent to his or her removal. Despite this, the authorities failed to protect the children from abuse, torture and even death. 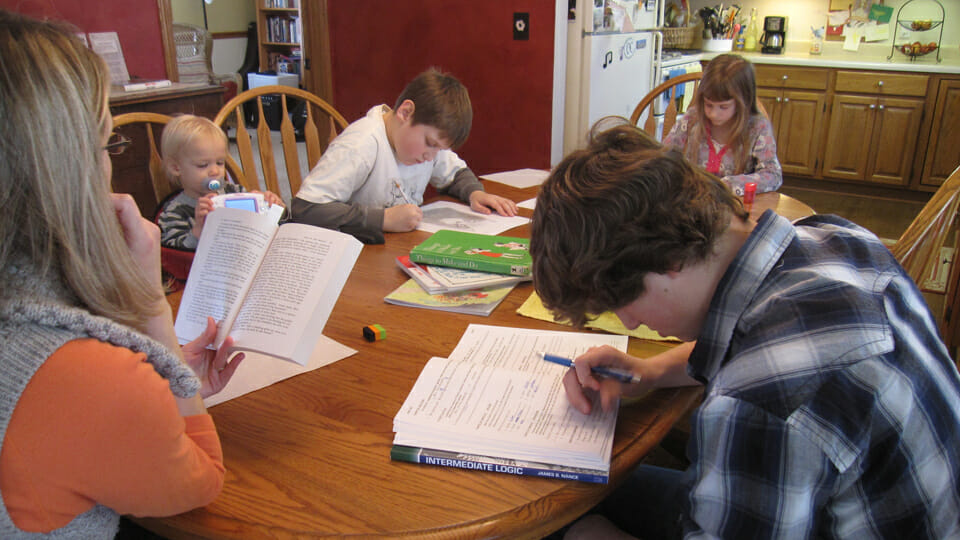 A homeschooling family with children at different levels of learning education

Sadly, the State has an abysmal record in protecting children from serious abuse. This is not just the case in this country.

Bartholet claims that requiring children to go to school from the age of 4 or 5 protects them from abuse, as teachers are “mandated reporters”. Not only does she fail to consider the potential dangers that children might be exposed to in schools from predatory teachers or students, but (seemingly in a sop to parents who might be worried about excessive intrusion by the State) she says: “Parents could still raise these children at home with total control over their lives from infancy until kindergarten.” (Presumably, using her logic, during which time they would be free to abuse them unimpeded.)

The point is, if her concern about homeschooling really stems from a worry about parental abuse, why not monitor parents from the birth of the child up to school-going age, with (for example) unannounced home visits by State authorities? Why not have parents monitored by the State during the school holidays, when teachers – or “mandated reporters” as Bartholet calls them – are absent

Because ultimately, it is not really about abuse. This is evident from the article published in the Arizona Law Review, as well as the Harvard Magazine interview, in which Bartholet cannot – and does not try to – hide her hostility and prejudice towards Christians who do not subscribe to her worldview.

She paints a picture of Christians as racist, misogynist, child-abusers. Not once does she offer an example of good Christian parents who love their children and want to provide the best education for them. She chides homeschooling parents for defending their rights in court (she is a lawyer), and brazenly criticises homeschoolers for being well-financed, organised, and passionately motivated – this from a professor in the university hosting this “Summit”, which, as of 2019, enjoyed an endowment of $40.9 billion.

Bartholet expresses concern about the number of Christian parents who homeschool and want to “isolate their children from ideas and values central to our democracy”. Again she says, “A very large proportion of homeschooling parents are ideologically committed to isolating their children from the majority culture and indoctrinating them in views and values that are in serious conflict with that culture.” Christian parents are the only religious group mentioned, mind you.

She insists that her goal is not to indoctrinate children into a “majority culture” (having criticised parents for wanting to isolate their children from a majority culture). Rather, she wants to expose (other people’s) children to a wide range of values – other than the parents’ own, of course. We have many zealots in this country who feel the same way.

The proposed Provision of Objective Sex Education Bill in Ireland provides that children should receive sex education about gender theory and abortion, regardless of the ethos of the school or the wishes of their parents. Similarly, government advisory committees are busy trying to make certain subjects (particularly to do with values and religion) compulsory in Irish primary and secondary schools, so that parents have no choice or say in what their children learn in these areas.

The real issue, it seems to me, is that Prof. Bartholet doesn’t think that people with a different worldview to hers should be trusted – or even permitted – to raise their own children. She wants to force her views on others, and especially children.

She quotes the Convention on the Rights of the Child, and refers to the duty to provide an education for children. As mentioned earlier, most people recognise the duty of parents to educate their children. But Bartholet selectively quotes from Article 29 of the same Convention, leaving out the part that states: “…the education of the child shall be directed to… the development of respect for the child’s parents.” Rather, she focuses on other aspects, saying that a child’s right to an education should include the right to be educated to participate fully in society and in ways that respect societal values.

I have recently been reading an account of the White Rose movement in Germany during the second world war, in which many young (mostly Christian) medical students organised a resistance movement by publishing pamphlets criticising the Nazi regime. You will not be surprised to learn that they were all executed for their failure to respect the “values” of their society.

The most telling sentence in Bartholet’s article is the following: “the demand for freedom from restrictions amounts to a demand for the state to give parents ‘monopoly control over the mind of a child’.” Yet if the worldview of “society” and school and parents happen to agree – as it does in the case of many children who attend public school – Bartholet has no objection to this form of monopoly.

This, ultimately, is what the movement to restrict homeschooling is about: control. The homeschooling community is seen as the thin end of the wedge, threatening the project by which control-freaks like Bartholet hope to extend their influence over society, from generation unto generation. Even private schools are legitimate targets for her, as some “pose problems of the same nature as homeschooling”. She specifically mentions “religious and other groups” with views outside the “mainstream”.

In recent weeks, many parents and children have had their first – perhaps unintended – introduction to homeschooling. Most will look forward to a return to the school yard, and I wish them well. But some, including those for whom the interruption of normality may have brought welcome relief from bullying or other forms of abuse, may wish to give serious consideration to continuing the homeschooling experiment. Thankfully, we still live in a country that recognises the pre-eminence of parental rights and where the illiberal liberals like Prof. Bartholet do not hold sway. Long may that continue.

Maria Steen is a barrister and commentator