MARGARET HICKEY: Racism is too serious a problem to confuse it with being offended 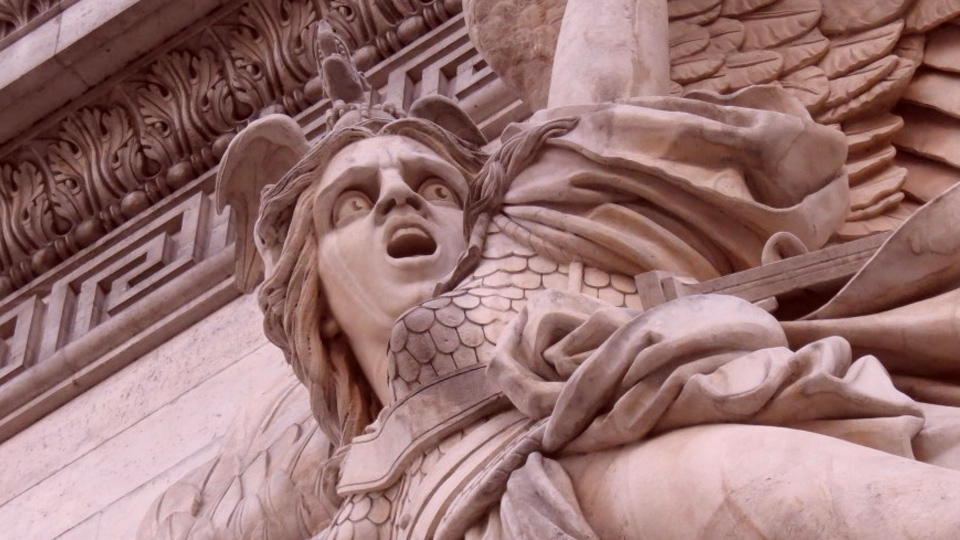 The problem with a charge of racism is that few people are prepared to challenge the strength of the evidence or the good faith of the party making the allegation.  The media tend to report the incident in a way that is sympathetic to the ‘victim’.  Sometimes, they make no pretence at all of sitting on the fence. This happened in the reporting of the incident involving the Covington school boy accused of racially taunting a native American elder. Later, when the apparently incriminating video evidence was shown to have been manipulated, some media outlets paid dearly for their bias.

That might have made media outlets more careful in reporting subsequent charges of racist behaviour.  However, what tends to happen is that complainants are given free rein to voice their indignation and so get to frame the story.   Some time ago, UCD Black Studies lecturer, Dr. Ebun Joseph alleged she was the victim of a particularly calculated racial insult at a Galway hotel.  Having ordered wine, the waitress set a glass -a wine glass- of Ribena black currant juice before her.  She complained and got an apology from management and a complimentary bottle of wine.  In fairness, the incident was very odd indeed and it was not unreasonable of her to demand an explanation as well as an apology.  You don’t expect Ribera to be served in a wine glass.  In fact, there was a simple enough explanation in the end, one that did not necessarily reflect well on the hotel.  The bottle from which the Ribena was poured was apparently a ‘show’ bottle to impress customers.  However, it is fair to say that more people are aware of Ebun Joseph’s complaint than the hotel’s explanation. That is largely because the media chose to highlight some things and bury others in a sea of small print.

The significant thing is that Edun Joseph still appears to think she has suffered a racial slight despite the hotel’s apology and explanation. We certainly can’t say Ireland doesn’t have issues with racism.  But is racism, like hate crime, something that exists only in the eye or ear of the beholder rather than something that can be objectively established?  Ebun Joseph would appear to think so.  Even though nobody seems to have found anything offensive about the rather elegant statues in front of the Shelbourne Hotel before they were removed, the fact that two of them have been plausibly though erroneously described as Nubian slaves means they have become offensive to Dr Joseph.  The explanation from an eminent art historian of their provenance is neither here nor there because again it’s not just about the facts.  If something offends, it offends.  And it’s for her as a woman of colour to decide that, not a white, male, however erudite he may be in the history of art.

This is a strange state of affairs in a world where deliberate, intentional racism is all too blatant and unmistakable. Nigeria, the country in which Ebun Joseph grew up continues to see the most horrific and barbaric violence against minorities.  It is also a country in which slavery is not the stuff of history but a very present reality.  As the daughter of a former senior member of the Nigerian administration, Edun Joseph should know that privilege does not have a colour.  Yet when we speak about racism and slavery, it is its legacy in the developed world we tend to first think about. It is Ebun Joseph who comes to mind as a victim rather than the abducted Christian girls of her native Nigeria.

The British Labour MP, Dawn Butler, who is of African Jamaican descent, has also catastrophized perceived offences before their context is understood.  She once accused chef, Jamie Oliver, of offensive cultural appropriation for taking liberties with a West Indian recipe for chicken.  This sounds more like the pursuit of ethnic hegemony than equality.  Recently, she was in the news again claiming she was the victim of ‘institutional racism’ because a car she was being driven in was stopped at a police checkpoint while driving through a troubled area of London. Butler says her driver was also black but others have said he appears to be white in the video she uploaded of the stop. The Police Federation have asked that the body cam footage of the incident be released. Their request suggests that the officers in question feel the evidence will vindicate them.  Given the high level of serious crime in London and the risks police take to protect communities there, one might expect an MP to allow the police time to respond before going public with such damning comments. Premature public accusations that later prove unfounded can lead to real racism not being taken seriously or ignored.

Seeing how well the victim card can play in western culture, China has sought to deflect legitimate questions and criticism by claiming they are racist or sino-phobic. Early on Dr Tedros, head of WHO insisted there would be no ‘stigmatising’ of China as the world tried to catch up with the lethal virus the country had tried to downplay and deny.  It shows just how well China can read our fastidious wokism and cynically exploit it.  One can imagine their bemusement and disbelief when Cambridge University rewarded lecturer Priyamvada Gopal with a professorship after stating, and doubling down on her statement, that ‘white lives don’t matter’.  The Chinese with their own ancient traditions and modern ruptures will consider with interest how western civilisation discarded values based on millennia of learning and thought in favour of values concocted in less than fifty years in a growing list of grievance studies on the fringes of university campuses. People like Edun Joseph, Dawn Butler and Priyamvada Gopal have helped make the new ideology mainstream. China might think this is what happens with too much freedom. They would be wrong. It is what happens when freedom to dissent is curtailed to allow the consolidation and enforcement of a new orthodoxy.

DAVID THUNDER: The cure for Covid-19 may be worse than the disease