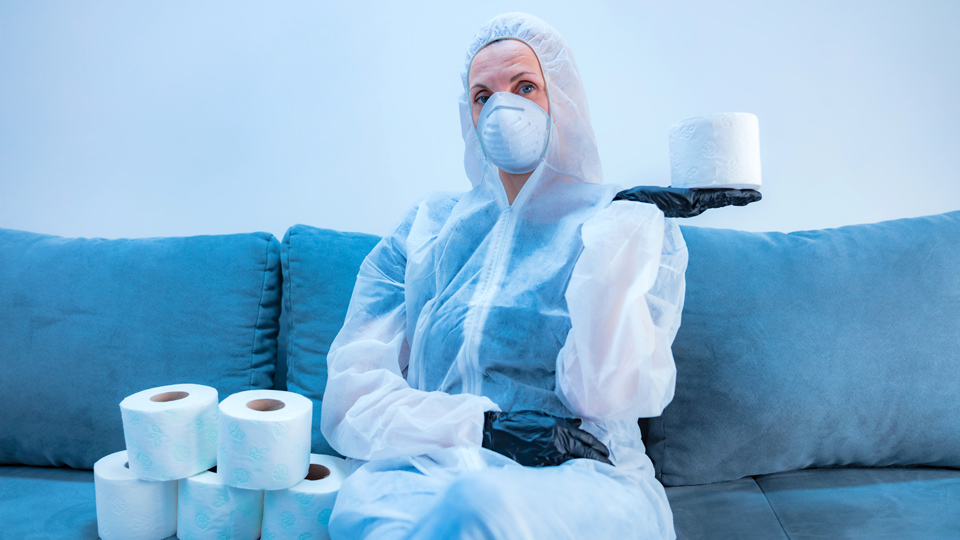 Over the past three weeks the “two movies on one screen” metaphor of American satirist and political commentator, Scott Adams, has come to mind on far too many occasions.

Adams stipulates that in a world of competing narratives, two people can watch the exact same sequence of events happening and, in their minds, come to an exactly opposite understanding of what it was they just saw.

Even though they both were given the exact same information, and saw the exact same footage, or evidence, they come to radically different conclusions. It is as if two movies with wildly different stories were played at the same time on a single screen, and somehow these two movies could be watched simultaneously without the viewer even being aware that the other one was playing also.

Movie 1: A beach in Dublin three weeks ago, crammed to standing room only with sun worshipers and happy swimmers, and throngs of kids diving from a pier. No social distancing, no masks, and no fretting.

Movie 2; At the exact same time: An orderly queue outside the supermarket, all spaced 2 meters apart wearing masks, waiting for a green light to light over the entrance. When people passed in opposite directions, they stepped off the pavement to keep their distance.

Movie 1: I brought my children to the local playground this week. It was packed. Kids milling around, falling, and banging off each other; lots of parents crammed together and talking. No masks.

Movie 2: A facebook parents group stressing about sending their children back to school:  Complaining that there were not Perspex booths to separate each child; showing pictures of sparsely be-desked classrooms, and fretting that social distancing of 2 meters would be impossible in this set up.

There were too many of these and similar situations to recount. Sometimes I had the bizarre experience of seeing individuals arrive at Movie 1 and Movie 2 conclusions simultaneously, without being even slightly conscious of it. For instance, I visited relations in Kerry who complained bitterly about the crowds who were thronging the beach in utter disregard to social distancing norms… while we were at said beach.

I pointed out that we were contributing to the crowding, and they sort of grunted and shrugged.  That’s cognitive dissonance for you.

Somewhere along the line it dawned on me that people are saying they are afraid of Covid-19, but their actions are saying otherwise. It looks like a large section of society just don’t believe it poses much of a danger. Testing this a bit further, I asked many people if they knew anyone who had died of Covid-19.

When you personally don’t know anyone who has contracted Covid-19 and died from it, it doesn’t seem to pose such a threat at a psychological level.

We watch the death count with a morbid fascination, but still, less than two thousand people have died from Covid. That’s about 1 in every 2,700 people. To most people, even subconsciously, that doesn’t seem like a plague. That has an impact on behaviour.

Now I wonder if,  had our former minister for social justice quotes (and Health), Simon Harris, decided it was worth the media opportunity to listen to the experts from the Nursing Home sector, would we have had a much lower Codid19 death count? Would that death rate of approximately 1 in 2,700 be more like 1 in 5,000?

Would we have an official figure of Covid deaths closer to 1,000 than 1,777? Time will tell – though we may never get the full story since Harris, and now Micheál Martin, have slapped down the idea of a full inquiry into the appalling mess the government made of caring for the people most vulnerable to Covid-19.

On a psychological level, it seems as if people have a deeply atavistic groupish tendency to declare their fealty to the group ethos; whether this means rule following, or publicly avowing belief.

On the other hand we have conflicting individualistic tendencies; tendencies which have led us, as a species, to the age of reason, empiricism, and science.

In one way, what we experience informs our actions more than what we are told, and how we act is a better indication of what we believe, than what we say.

Has anybody ever experienced bringing their child to their first day of school? Reading these guidelines, I’d say the authors flew in from Mars in their saucers yesterday.

Imagine the scene on Monday. Little Tomás is brought into school for his first day. Daddy, or Mammy, comes into class with him and sits with him for a few minutes, and then tries to leave. Little Tomás is upset and can’t even see Daddy/Mammy’s face, and clings on nearly hysterical. Daddy/Mammy leaves little Tomás weeping. Teacher, who normally would sit in besides the little pet, saying comforting things -possibly a little hug- and play with him, can only watch helplessly from 1 meter. Little Tomás runs out the door and teacher pleads for him to come back, keeping a distance of 1 meter.

How long will it last? A teacher I know said “2 weeks at most.”

Possibly it will all fall next Monday, though nobody will admit it. We’ll just go on watching two movies on one screen.