“Let me do this little thing.” The intense spirituality of  Patrick Pearse’s writings 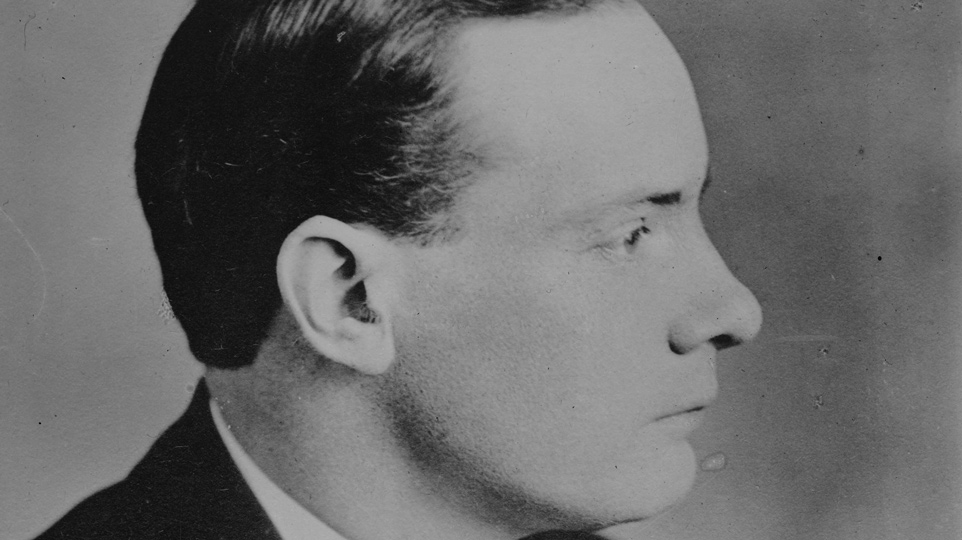 Of all the writing where Pearse elucidates his revolutionary conscience, his poem ‘The Rebel’ is clearest. There is a searing sense of righteous pain in its lines, arising from the sense of a denial of destiny -a betrayal of the dignity of humanity formed in God’s image.

It harkens back to Robert Emmet’s speech from the dock; “When my country takes her place among the nations of the earth, then and not till then, let my epitaph be written”, but the republican revolutionary spirit is overshadowed by a nationalist idea that a nation is formed by the dignity of its people. This is a more universal, more deep-felt concept of natural justice than the more theoretically disposed vision of the republicanism of the United Irishmen.

Who could not be moved by the lines?

“The hands that have touched mine, the dear hands whose touch is familiar to me,
Have worn shameful manacles, have been bitten at the wrist by manacles,
Have grown hard with the manacles and the task-work of strangers,
I am flesh of the flesh of these lowly, I am bone of their bone,
I that have never submitted;
I that have a soul greater than the souls of my people’s masters”

There is nobility in this endurance. There is mortification of the flesh, but no yielding of spirit. It is the same revolutionary spirit of Ghandi who said, “They cannot take away our self respect if we do not give it to them.”

Pearse’s conjoining of extreme empathy and visionary ambition is masterful. The brew is emotional, tempestuous, and purposeful. Its direction is clear, and surging towards a definitive vision.

Pearse’s Irish language writing gets little attention, being dismissed as stories for children. The dubious validity of that criticism aside; and knowing that Pearse wrote with political and cultural purpose; a deeper exegesis of his Irish short stories and poetry uncovers a far more complex and gifted polemic. 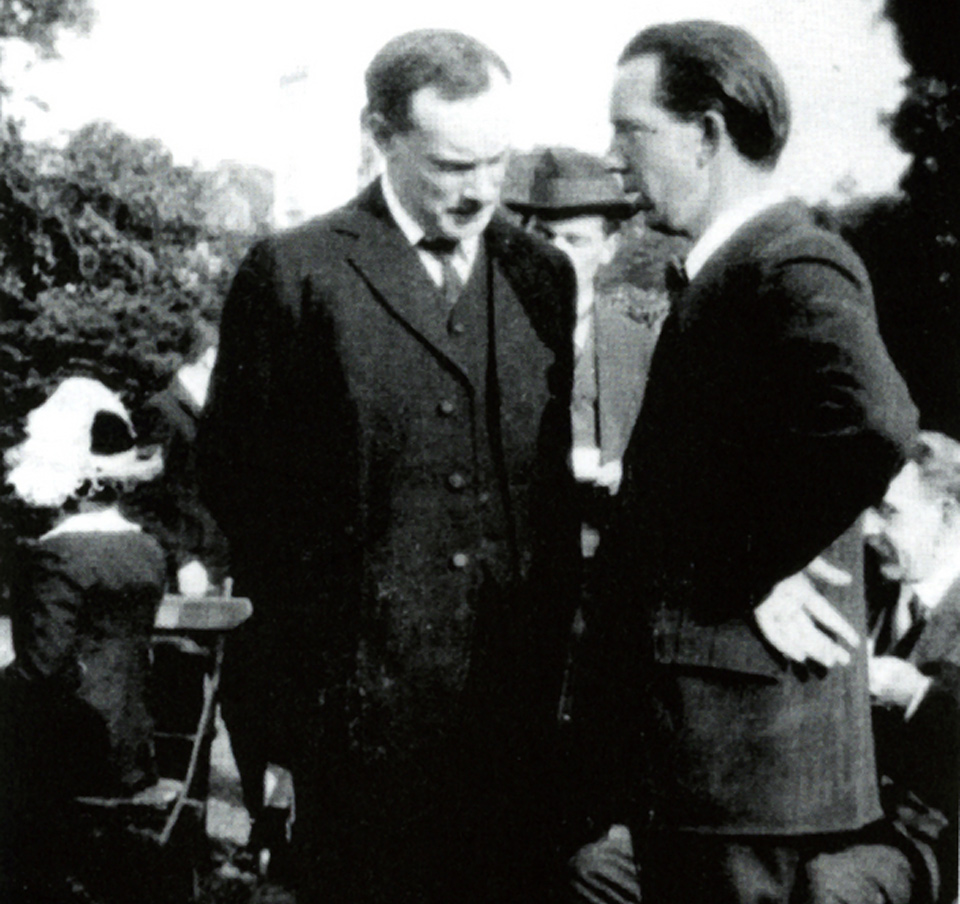 The Pearse brothers, Pádraig and Willie, deep in conversation. (Photo was published in Patrick Pearse – A life in pictures, by Brian Crowley, published by Mercier History)

Pearse was amongst the enthusiasts who formed the Gaelic League in 1893 with an ambition “to render the present a rational continuation of the past.”

In its first years the League published scores of volumes of revivalist literature containing the poetry and stories of the past. This early burst of scholarly energy dissipated however with a shift in focus to the living spoken tradition. Pearse, a scholar familiar with the trends of European literature, recognised the need to deliver on the implied second part of that aspiration; that a tradition of literature had to encompass the life and idiom of the present.

The new Gaelic literature revival formed anew the language of Gaelic writing, rejecting the turgid imitation of the idiom of medieval literature. An tAthar Peadar Ó Laoghaire and Pádraig Pearse were amongst the pioneers of this.

When Pearse began writing Gaelic short stories with modern explosive openings he was attacked as an innovator. To which he replied “one must innovate to save.” The great scholar of Irish literature Aogh De Blácam rightly identifies that in his short stories, set in the Connemara Gaeltacht, Pearse depicts a people “heroic and apostolic”.

He depicted them as he saw them, in a manner widely different from the prejudicial images portrayed by the English satirical magazine ‘Punch’. Through both this bad press and sympathetic reporting, Connemara at the turn of the 20th century had accrued a reputation of poverty racked with violence and ignorance. This reputation, of course, was carefully cultivated by those who –  by denial of the sovereignty and human rights of the people – were primarily responsible for the wretched conditions.

The area had seen migration from the richer soils inland over the previous decades, when the land war and potato blight had resulted in forced evictions. It was poor land which yielded little, but the swelling population brought opportunistic exploitation by middle men, and the fury of the land war.

In 1880 for instance, the RIC attempted to carry out an eviction in An Ceathrú Rua and were attacked by over 3000 tenants who kept them besieged for 3 days in the house.

Reports from the Congested Districts Board described a poverty-stricken society beset with deplorable hygiene and diseases of poverty. In the terrible housing conditions of Connemara (and throughout the urban slums) tuberculosis was a particular tragedy which frequently struck down children. Pearse dealt sensitively with this in his stories in a humanising way. Whatever their other purposes, his short stories, in a practical sense, clearly counteracted the negative image of a destitute and deficient society.

In his stories we frequently see a focus on intimate relationships that exude tenderness and love –especially between generations within a family. We see the home elevated to a place rich with love and culture; a stark contrast to the misery and ignorance depicted in reports of the Congested Districts board.

Where filth –ironically a consequence of extortionist landlordism- is the standard of existence in the image portrayed in the Congested Districts Board’s and media reports, cleanliness and orderliness is sought out in the homes Pearse describes. 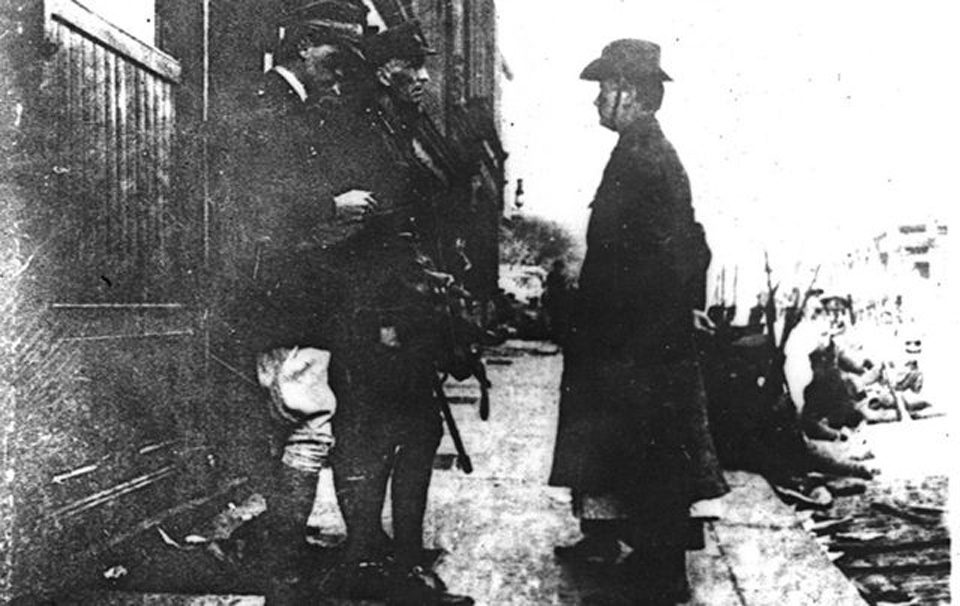 In his first storey from Connemara, ‘An Sagart’ (1905), he sets about addressing this stigma straight away. Within a poor family we have a scene of a mother tenderly scolding her child as she washes him in a tub. In ‘Eoghainín na nÉan’, the child’s mother in a moment of worry-driven distraction cleans every surface of the house again and again. Poverty as he sees it, is a condition people bear up under, it is not a conditioner of brutality.

In ‘Lá Faoin Tuath‘ he describes an evening in a country cottage and we get the sense of an industrious and tightly ordered domestic community. The author descends to the floor and helps a child of the house get the fire ready to cook the meal. The child is capable and affable and well-mannered.

What we see is a community of initiative and industry, and a supportive social and familial network.  The evening sees a congregation of neighbours and family gathering in the house; a coming together in community of industrious independent people who share in a rich cultural dialogue.

‘Eoghainín na nÉan‘ is a particularly sensitive story of a dying child. The seasonal effect on his condition is presented metaphorically as the arrival and departure of the swallows.

Eoghainín touches on a mystical understanding of paradise when he tells of a conversation with the swallows, where they describe the land over the sea “an áit a mbíonn sé ina shamhradh i gcónaí” (the place where it is always summer).  The adults listening weep inwardly as they hold back their grief.

The story follows the course of turning seasons from spring to Autumn. It starts with Eoghainín at the end of the dark winter as he waits in expectation of spring and the arrival of the swallow. The lengthening and warming days bring light to his mood and energy to his frail frame, but the days begin to shorten and the swallows eventually leave. At first one by one, then in flocks and finally the last few depart.

We feel the strength leaving Eoghainín’s frame with the darkening evening and the departure of the final swallows. The story traverses the changing seasons, a reminder that life has its seasons and that sickness can run in bouts.

This is portrayed poignantly in a spectacular metaphor of a setting sun slipping from the sky. It is juxtaposed with the mother’s concern for her child whose life fades inch by inch towards the horizon of winter.

In ‘Fornocht do Chonac Thú’ Pearse presents a radical new idea of the undreamed future in the cloak of an ancient Irish narrative tradition. The Aisling, a quintessentially Irish exhortation, is subverted and takes the narrative form of a Gethsemane heroic struggle.  As always when presenting an idea that stirs the subconscious, he does this with striking visual imagery and the imperative of sharp contrasting dillemas.

Pearse’s brevity and simplicity tack to a metaphysical subconscious. As if conscious that an excess of words only obscures the expression of something instinctive and spiritual, he expresses only the idea, and leaves the unspoken articulation boiling to the surface of the text.  This line from An Rí, where a youth gives his life to save his people where a king has failed, is prophetic for the depths with which it plums the human condition. “Lig dom an ní beag seo a dhéanmah, A Rí” (Let me do this little thing, O king). Was ever an accusation through example and understatement uttered as powerfully?

‘Mise Éire’ invokes a heady admixture of nation, history, mythology, hope sorrow and shame, in six short lines. The pride of a glorious past; the pain of kin-betrayal; the spiritual desolation of a broken vision; the immortal vision crushed, but still immortal. These images touch on fundamental levels of psychology; things that Pearse recognised were being strangled by the “Murder Machine” of the English education system.

Pearse understood the narrative power of symbolic gesture. He understood that revolution as a form of resurrection was more powerful even than the act and will of the revolutionaries. Foremost it was a resurrection of a people’s belief in their own story. Its symbolism and reclamation of the fertile imagination was more important than the possession of fortified buildings. That was the fortification of the spirit he writes of in ‘The Fool’.

“What if the dream come true? and if millions unborn shall dwell
In the house that I shaped in my heart, the noble house of my thought?

After floundering in “the murder machine” of the English primary education system, he preached that the rebirth of an Irish vision was a prerequisite for an Irish nation. In this way he prophesised that the failed insurrection would not be a death.

Hours before his death he wrote of the grief of remembering encounters with beauty.

“Some quiet hill where mountainy man hath sown
And soon would reap; near to the gate of Heaven;
Or children with bare feet upon the sands
Of some ebbed sea, or playing on the streets
Of little towns in Connacht”

These mountainy men and barefoot children are the “heroic and apostolic people” that De Blácam talked of. But as we read it, it becomes clear that this is not a poem of loss. It’s not a poem about death. It’s a poem about the eternal; about a rekindled vision; about resurrection. It is a poem that brings to mind the words of Dante as he emerges to an Easter Sunday dawn

“I will sing about the second realm
Given the human soul to purge its sin
And grow worthy to climb to paradise
Here rise to life again, dead poetry”

What other purpose does poetry serve? 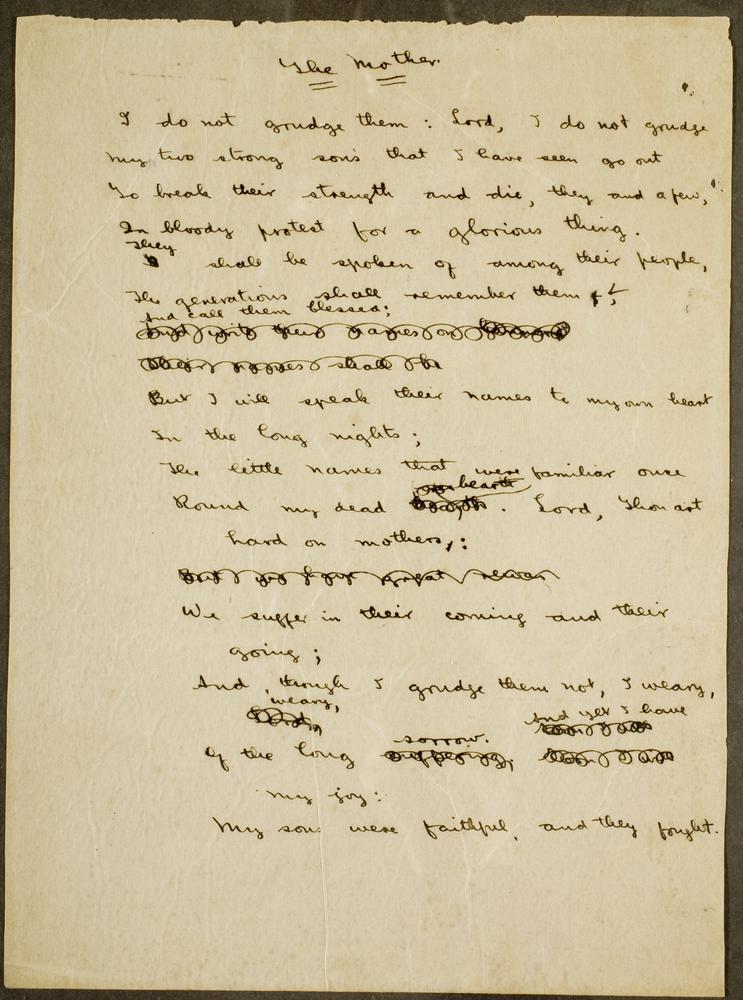 Patrick Pearse wrote ‘The Mother’ early in 1916, at a time when he had come to terms with the probable fate of both himself and his brother Willie.

PODCAST: John Aidan Byrne talks with A.D. Ultman, on the rise of political extremism in the US