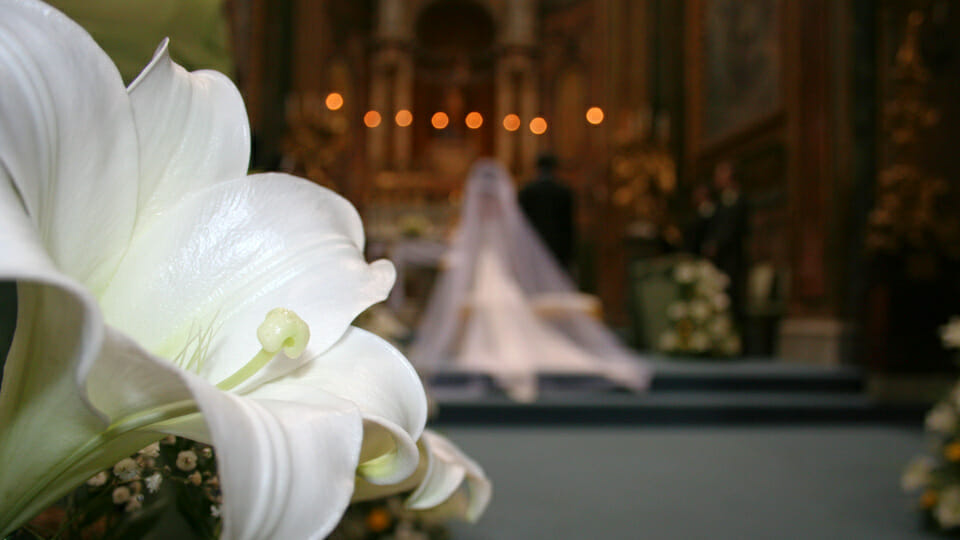 Marriage continues to change and decline in Ireland as the latest figures from the Central Statistics Office show. Fewer marriages are taking place, fewer are taking place in churches, more are taking place between people who were married before and are now divorced, and couples are older when they marry. Same-sex marriage is now permitted.

Just over 60% of the all opposite-sex marriages took place in religious ceremonies, while this is the case only for 22.2% in same-sex marriages.

Half of first marriages were celebrated in a Catholic Church. If we include also marriages involving someone who has been married before, this figure drops to 45.1%. The second most popular religious ceremonies are performed by the Spiritualist Union of Ireland (7.7%), followed by the Church of Ireland (1.5%), and then Presbyterian (0.3%).

Civil marriages were the most popular form for non-religious ceremonies accounting for 30.6% of the total.  In recent years, Humanist Association marriages have also risen in popularity accounting for 9.2% of such marriages in 2019, compared to 8.7% in 2018.

The crude marriage rate (number of marriages per 1,000 persons per annum) for Ireland was 4.1 in 2019. This is the lowest level on record and is below the EU average of 4.4. In the 1970s our figure was above 6 or 7 per thousand. This means that less and less people get married proportionate to the population, and at a later stage.

Just over 12% of opposite-sex marriages involved at least one divorced person.

According to the latest available data, in 2018 there were 5,157 divorces or separations.

This means that today there are about 20,000 marriages per annum and about 5,000 marital breakdowns, which is equivalent to one breakdown every four new marriages. This is not good news, although it is still a lot lower than in countries like Britain, or France, or Sweden.  (See here for a more detailed analysis )

Last year, the Irish Times wrote that “the institution of marriage in Ireland is in pretty good health.”

Quite the opposite, all those figures show that the institution of marriage is in constant decline and deep crisis. As previous Iona reports have shown, the situation is far worse the lower down the socio-economic ladder you go.

The social consequences of this phenomenon need to be considered in depth. For instance, fewer children are born and raised in committed relationships between a man and a woman. Will we ever take stock and attempt to arrest the decline of marriage in Ireland?