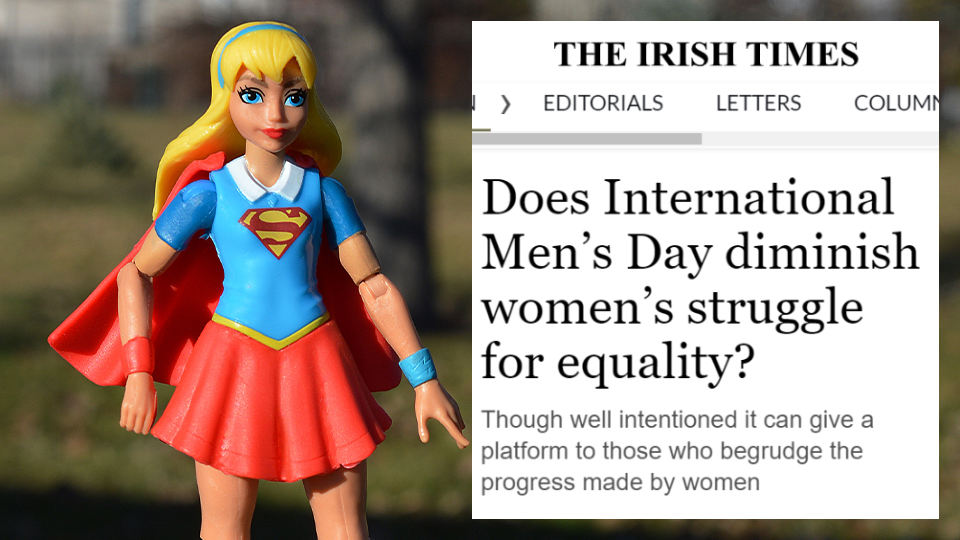 Irish politicians and media talking heads aren’t reliable for much, but one thing you can always count on, with 100% certainty, is this: they will never miss a chance to virtue signal. No matter what the issue at hand is, you can rest assured, if it’s trendy and woke, they’ll be on it fast enough to break the sound barrier. They just can’t help themselves.

This tendency was clearly the inspiration behind a recent and comically un-self aware Irish Times article, entitled “Does International Men’s Day diminish women’s struggle for equality? Though well intentioned it can give a platform to those who begrudge the progress made by women”.

Note that in the headline – the very first line of the article – the author already seems to be asserting that the way to achieve gender “equality” is not to celebrate a day for men’s issues. We’re to achieve “equal” status by leaving one entire half of the population out of the equation. Seems reasonable.

As the article reads:

“Black History Month is marked to celebrate the contributions of Black people throughout history in the face of great adversity, and to challenge racism today. Pride is observed to celebrate queer culture and challenge ongoing stigmatization of the LGBTQ+ community in many countries. The rationale behind International Men’s Day is less obvious. A search of the hashtag on Twitter reveals not only posts seeking to raise awareness of men’s health issues, but also evidence of a deep resentment of female empowerment.”

So in other words, every group of people on earth, from racial minorities, to LGBT people, to women are to be allocated a day of acknowledgement, but a day for men is an attempt to “diminish” others and stemming from “resentment”. Remarkable.

The article goes on:

“Telecoms company Ericsson’s website states: “Gender equality will never be possible without equal focus on both genders. We want a constructive dialogue, to extend our network of role models and to confirm that equality is not a ‘woman’s issue’.”

Now, that sounds pretty reasonable, right? Surely the author will agree with that fairly uncontroversial statement – gender equality is about looking out for everyone. She has to agree with that, doesn’t she?

The fact remains, however, that there is a plain imbalance between the genders in work, society and at home.

Looking a little further into the background of Séana Glennon, the piece’s author, however, it seems like this person is a radical feminist with deep-seated anti-male prejudice. For example, she appears to imply that a majority of boys and men are dangerous, quoting another Irish Times piece about the horrific murder of 14-year-old Ana Kriegal as saying “We need to stop talking about violent men as though they were unusual and peculiar.”

"Equally we need boys and men to be held to task. We need to stop talking about violent men as though they were unusual and peculiar. A really good start would be a guiding principle that values women’s safety over men’s feelings". Thank you @orlamuldoon for this op-ed https://t.co/KeZZXerQ1h

The subtext here seems to be that many – or even most – boys and men are potential violent assailants in waiting. Try generalising like that about any other group in society and see how long your social media account stays active.

All we hear from the media and political classes is about gender equality and women’s rights, and yet on the one day out of the year carved out to raise men’s issues, all the media can think of to do is go on the offensive and attack the day’s motivations.

Then you have politicians, who simply ignored the day, despite waxing lyrical about International Women’s Day every year like clockwork. Because, as we know, one international gender day is in vogue, and the other simply isn’t.

International Women’s Day is a reminder of how far women have come & how much more is needed to address gender inequality challenges. #IWD2020

“As legislators the onus is on us to bring in legislation which will directly support women." @NiamhSmythTD https://t.co/mFbgDX4Gme pic.twitter.com/pLTcgCKU0K 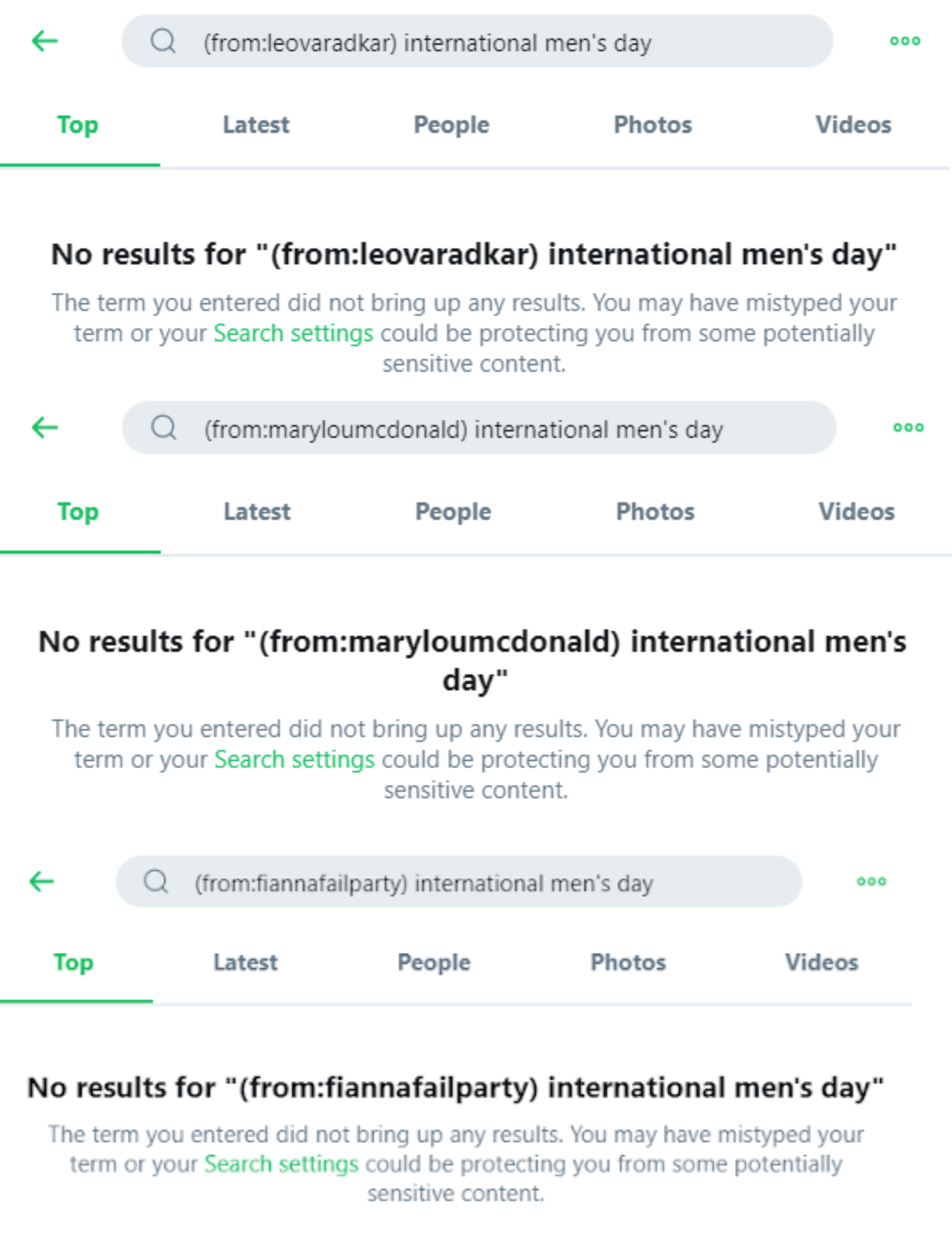 The closest we got was the Abortion Rights Campaign last year telling us that transgender men had a right to abortion.

Happy International Men's Day to the trans men in Ireland who are still fighting for access to gender affirming healthcare. Trans people belong in the fight for reproductive justice and bodily autonomy doesn't stop at repeal #InternationalMensDay pic.twitter.com/mX0p3Ed3mC

Of all the countries that have embraced radical feminist hogwash in recent decades, Ireland is perhaps one of the worst offenders. From gender quotas for political parties, to proposed legislation to “fix” the repeatedly debunked “gender pay gap” myth, and Mary Lou accusing people of “mansplaining” on live TV, this country jumped the shark long ago when it comes to 3rd wave pink-haired lunacy. We give in to any and all hairbrained feminist demands – total unconditional surrender.

But try to raise real issues facing men, like, for example…

…and watch how fast you are accused of holding “resentment of female empowerment”, to quote the Irish Times author.

Men never asked for a day, and we all know these events are mostly symbolic anyway. But the fact that politicians and the media are so conspicuous in their favouring of 50% of the population to the other half’s detriment says it all.