From Hungary to Glasnevin with love 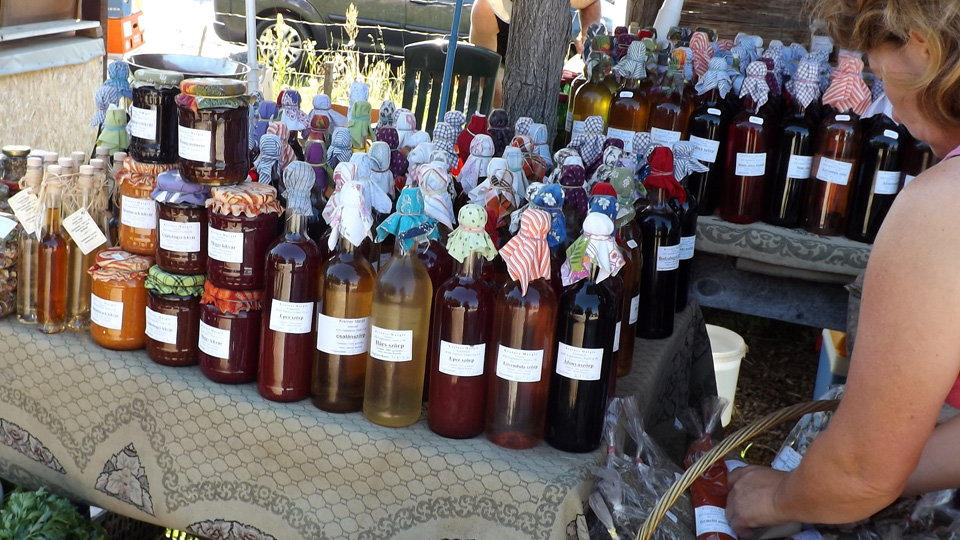 I had recently noticed an ad on social media for a local market, and so last weekend we popped down to a lot in Glasnevin to get out of the house and have a poke around.

Products and wares included baked and preserved goods, candles, soaps, and fishing tackle. The accents and features behind the stalls and the majority of the public drew my attention, and it became apparent that it was this was mainly people of the lower Danube, with a good proportion being Hungarians.

My son was very interested in bright, bristling spinning lures, which were about a foot long. The man at the stall was pleased to chat. The lures were his own craftwork and he told me about fishing on the Inny. He showed us pictures of a enormous pike he had caught with one of these massive lures and we marveled at the size of the fish. My little lad wanted one, and was disappointed that wasn’t an option, even though this pike would easily have pulled him in and swallowed him whole.

Prices were surprisingly cheap for an artisan market; they compared pretty well with Lidl. There were a lot of food stalls, plenty of cakes including an interesting thing called a chimney cake which consists of a long dough strand wrapped round a cylinder and cooked in a grill oven.An earthy smell of paprika came from Hungarian sausages and Goulash.

As at any market we talked with the proprietors about their goods and they engaged enthusiastically with a pleasant Hungarian accent. It seems that this market is their own initiative. It seems that a bunch of people passionate about their crafts and products just got together and cooperated. It did not have the affected bonhomie of corporate inclusiveness that is grafted onto the more stereotyped sponsored multicultural events. They can sometimes seem a little sycophantic and strained.

I liked the accents and talked at length with the stall holders about their produce. We bought a smoked Hungarian salami off one who said we were the first Irish to sample it from him. They talked at length about their honey which came from their family’s hives back in Hungary. The pine honey was intense and sort of bitter. The honey of the lime tree was florid and light and delicious.

I asked about Palinka, and I was told they didn’t have it this week. The owner told me about how it is made in the villages but warned me to be careful with it, as it is 60% proof and people go a bit wild on it. 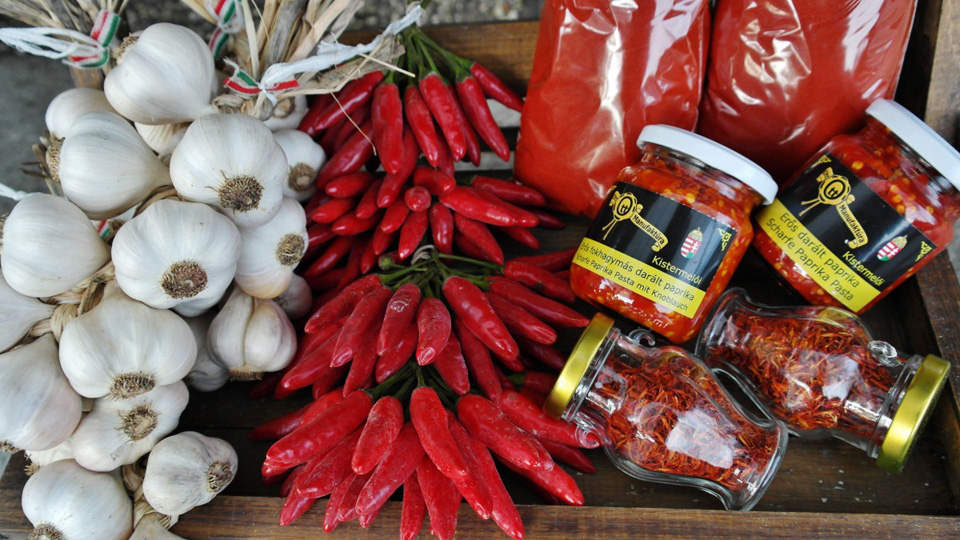 This talk of the epicurean artisan life reminded me of a dark and very funny scene depicted by, Tibor Fischer, in Under the Frog, a novel set in Hungary during its first decades after the fall to communism.

The hapless Gyuri takes a trip to the country with Ladanyi, an old university acquaintance who had become a Jesuit at possibly the worst time in history to do so. His companion had one outsized talent in that he could put away any amount of food, and had in fact earned a reputation for eating competitions as a student.

His business in the village set him against the local communist apparatchik, Farago; a thuggish loser who had failed at everything including dying of hypothermia, but had the perfect mix of violence, corruption and stupidity to make him the local communist party boss.

It was an open secret in the village that this local bully had determined to show up Ladanyi and so a showdown of eating was convened. In a strangely tragic yet banal scene, food was brought from all corners. Preserved food that peasants were saving for possibly the single meal of plenty of the year, was brought out for the occasion and the chance to see Farago humiliated. Smoked sausages, chickens, sides of bacon, pots of paprika-thick goulash; all the artisan products of the village were given up for this once in a life-time spectacle.

Farago starts off wolfing down smoked sausages and potatoes whilst hurling insults at Ladanyi. “You think you’re the shit don’t you?” he snarls.

Ladanyi calmly and inexorably consumes all before him. After hours of this Farago starts to water at the eyes, and his stomach bellows as his legs wobble. His Rabelaisian sniping has turned to pleading and cursing as Ladanyi wades through plate after plate. By the time Ladanyi is tucking into ice cream Farago is collapsed on the floor wallowing in his vomit, and yet still offering up insults to Ladanyi. The insouciance of Ladanyi and the humiliation of Farago is silently consumed by the villagers who bask in this rare triumph.

On the way back to Budapest, Ladanyi confides with Gyuri that this triumph was a rare reprieve in a gruesome tragedy that would play out despite all its unworkable flaws. That by morning Farago would be back to terrorising the lives of the villagers, just as Hungary would continue to suffer under the ludicrous and petty vagaries of the communists.

In another scene, Gyuri travels to a country village with a propagandist filmmaker. The intention is to make a film extolling the collective farms and the Bolshevik spirit of the peasants; and they have sourced an ancient peasant who they want to interview. The ancient peasant is supposed to play his part, as he has seen it all under the feudal barons and under the new collectivist system; and he is lined up to spout a few lines for the film maker.

Once they get to the village though they are met by the peasant committee, and their trembling leader announce they have bad news. The ancient peasant is very sick and can’t come out to film. They offer to find a substitute, some volunteering themselves.

“Nonsense” says the director, who is sure that the opportunity to take part in such an important Bolshevik documentary would buck the old guy up. He marches them all to the ancient peasant’s cabin who in fact is at death’s door. He passes inspection according to the director who hauls him out of his death bed and leans him up against a gate. The poor peasant, having little strength in his legs, has his coat pegged up onto the gate post for extra support; and so the interview starts.

This is blackly comical. The ancient peasant can’t even wheeze a response but heroically manages to keep his head up, so the director both asks and answers the questions.

He declares it a wild success and returns to the city. The ancient peasant is returned to his bed and continues to expire. The local priest, who had been demoted to stable boy, is ushered in to perform the last rites.

The allegory is perfect.

The Hungary that Tibor Fischer so humorously satirises is one of facile slogans and centralised insincerity. It’s a biting castigation of the type of corporate wokeism that the political parties of Ireland are embracing today.

There is a sharp contrast between the dysfunctional lethargy of Tibor’s Hungary and the enthusiasm I found in the Hungarian market in Dublin. They reminded me more of the industrious villagers who proudly brought their wares for the contest of Ladanyi and Farago. No official sponsors. No opportunistic political messaging. Just people getting down to work.