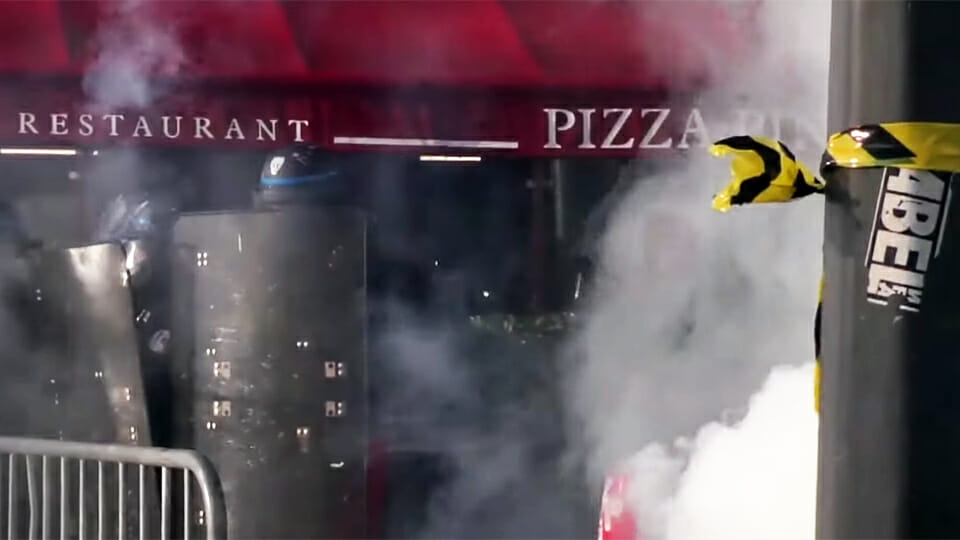 France is experiencing a 6th day of strikes against upcoming pension reform initiated by President Emmanuel Macron.  Over the last week, trains have been cancelled, metro lines shut down completely, and a third of schools in Paris closed.  Yet, despite the disruption, the strikes have a high level of public support.

People are upset because they are uncertain how they will be affected by the changes, and fear they will have benefits taken away from them and have to work for longer.  Many say they need a lot more clarity and certainty before they can support the reforms – even those who in principle support a less complex and more unified system.

In Parliament, Prime Minister Philippe articulated the government’s goal: “To build a single unitary retirement system in France.”  He added: “We’ve got to tell the French the truth, and say it calmly: This is going to occur through a gradual lengthening of working life.”  Current plans are to introduce a single, points-based pension scheme for workers across all economic sectors.  There are currently 42 different pension plans, each with different benefits and ages of retirement.

So far, the changes do nothing to actually increase the age of retirement, something which will be necessary in an ageing France which now has a fertility rate of just 1.88 children per woman.  However, Philippe’s statement seems to suggest that the French are well aware that the retirement age cannot remain 62, among the lowest in the industrialised world. As a result of the many different plans, the average French person actually retires at 60, three years earlier than elsewhere in Europe, and four years before the average for wealthy nations in the OECD.

Perhaps the government sees standardising the system as a necessary first step towards greater long-term financial sustainability.  The new plan is also expected to include incentives for people to work longer as lifespans lengthen.

The French are not alone in having to face up to their ageing population and low fertility.  The average number of children a woman in the EU will have is now just 1.59, well below the replacement rate of about 2.1.

A report from the Group of 30 published late last month estimates that the world’s top economies will face a shortfall of $15.8 trillion in 2050 — up from $1.1 trillion in 2017 — in providing financial security for their citizens in retirement.  Shaktie Rambaran Mishre, chair of the Dutch pension federation, described it as “an extraordinary situation”.  The report concluded:

All governments, workers, retirees, and populations (as voters) face the complex and difficult challenge of securing Lifetime Financial Security for all. This must be achieved in tandem with adjusting the demographic and fertility shifts that impact the dependency ratio and which cannot be avoided or overstated.

…No single lever could close the ever increasing LFS gap; the scale of the challenge is simply too large. A new consensus on sustainable LFS provision may indeed leave many unhappy with the outcome, as large groups must accept or take actions that impact their current and future plans for retirement.

What makes today’s LFS challenge even more arduous is that it occurs at a time when governmental institutions are increasingly mistrusted, mainstream political parties are under strain, and voters are becoming more diverse and heterogeneous, as well as susceptible to populist rhetoric and demagoguery.

In this environment, creating the space to discuss and address LFS challenges that affect us all and require collective solutions is especially important. Some countries have partially succeeded in this endeavor, while others have not yet found a consensus on LFS.
The Dutch have been working on pension reform which ties the pension system to life expectancy – a move which seems financially wise.  Current plans are for the country to increase its retirement age to 67 in 2024 and, after that, for every year life expectancy in the country rises, citizens would need to work for another eight months to reach retirement.

Surely, as life expectancies rise, people should work and contribute to society while they are able?  There is dignity and purpose in appropriate work that serves society and our families.  In any case, early retirees will be simply unsustainably living off money from significantly reduced numbers of parents and children paying taxes (due to a much higher proportion of retirees than has ever been the case before due to reduced fertility).

It is clear that something has to change in France.  Whether this is the best way to go about it is still up for debate.  The French government is expecting to release a first draft of the proposal tomorrow.