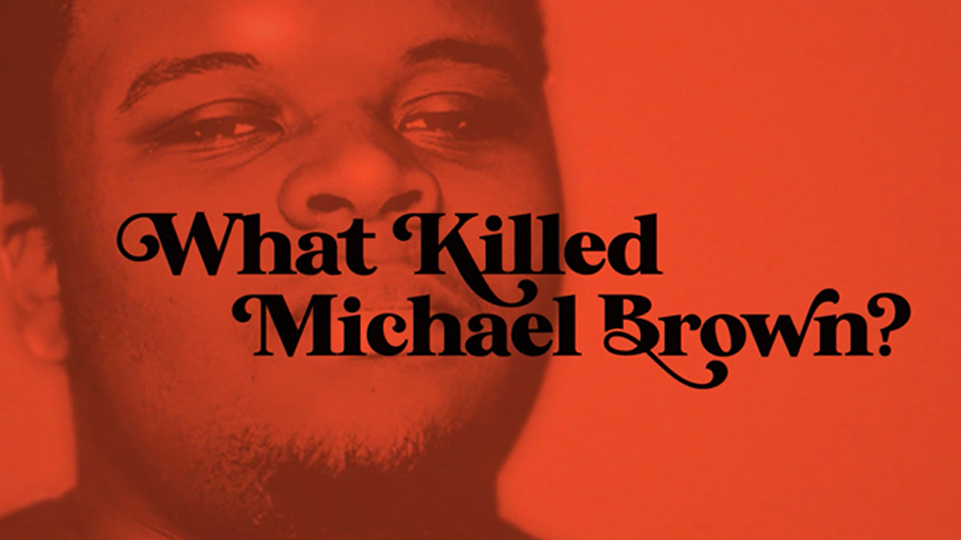 Shelby Steele was born in Chicago to a black truck driver and white social worker, and, as a child he accompanied his parents to many civil rights marches and rallies. He is now an acclaimed author and race-relations scholar – and he argues, in a gripping new documentary, What Killed Michael Brown, that the Civil Rights Act of 1964 was a Faustian bargain between liberal white America and black America.

For liberal America, this Act was effectively a confession to a long and terrible collusion with evil, from which they must salvage moral legitimacy. The Liberals wanted their guilt and black America provided permanent victimhood. Unfortunately, Steele says, for black America that meant the surrender of agency and the capture of its soul.

Michael Brown was an 18 year old black youth whose shooting by a white police officer, Darren Wilson, in Ferguson Missouri in August 2014, caused riots and protests across the US. Leftist groups such as the Marxist BLM moved to heighten the tension created by the media furore.

And it was a media creation, largely speaking according to Shelby Steele who narrates and features in a documentary that puts the facts of the incident in order, and also asks much deeper questions.

The reactionary response to the tragedy of Michael Brown was that an esoteric concept of ‘systemic racism’ is what really killed him and is also “killing” black America.The “What” pronoun in Steele’s documentary signals his intent to unpick this knot, which he does in a compelling and brilliantly simplified argument that undermines the BLM/Liberal narrative of victimhood; revealing it as jaded and inauthentic.

Elaborating in the Wall Street Journal on the persistence of the victim narrative, Steele writes: “After all, in an indifferent world, it may feel better to be the victim of a great historical injustice than a person left out of history when that injustice recedes.”

Steele traces a grievance industry from the 1960s and examines its deleterious effect. In the bargain that liberal America extracted out of America’s self doubt, Liberals got to indulge their guilt and black America had their destiny removed from their own hands. Ever since, race has been the source of the Left’s power.

Why was it that on a sultry afternoon in Ferguson Missouri, an 18 year old black youth decided to punch a police officer in the face and try to steal his gun? It was an inexplicable act which drew the easy conjecture of racism, which in turn, perpetuates a cycle of black disenfranchisement and an elitist hold on political power.

Shelby Steele, standing before the piece of asphalt where Michael Brown was killed asks:“Why is it so hard to see the truth here?” This is the context that frames his question “What killed Michael Brown?

In 1964, Steele was a young black political activist – an angry political science graduate who joined in with the activist movement of the time. A turning point for him was an extended period in Africa where he went in search of a non-colonial black identity. He found little to be encouraged about in countries ruled by corrupt kleptocracies where young men gathered in aimless disenfranchised groups. In Algeria, he met with exiled Black Panthers and here he: “was suddenly struck with the obvious: how vulnerable we were in this house with these men on the run, guns no doubt just out of sight, and in a country that was openly hostile to America. I knew that I was simply in the company of thugs.”

Steele takes us back to his days as a community welfare employee in the Pruitt-Igoe housing project, in the suburbs of St. Paul, Missouri. He opens by telling how he was involved in a youth education program that would take troubled youths off the street and work on their education. They had identified a number of youths they would work with, but not a single participant turned up to their classes. Nobody on the project behaved like this was a problem, and yet the project continued to be funded.

Steele was raised close to Pruitt-Igoe and he remembers his father’s deep distrust of the project’s ideals and manifestations. His father had worked his way from destitution to an independent property-owning working class position. He had gained equity, owned his house, and the thought of government patronised existence seemed deeply troubling to him. The documentary shows that the housing that was torn down to make way for Pruitt-Igoe was 26% occupant owned – just as respectable as any neighbourhood in the city. What replaced it was a social experiment that stripped agency from the occupants, quickly descended into destitution, and resulted in the type of failed programs that Shelby Steele worked on.

The failure of Pruitt-Igoe was symbolic of a marked reversal of the progress of black America after the intervention of the liberal left. Even faced with the severe challenges of a segregated America, blacks had made the greatest gains before the left offered patronage. For instance between 1940 and 1960 black poverty had fallen from 87% to 40%. When the liberal left offered more than equality of treatment it had the consequence of arresting this self-initiated development. Housing projects like Pruitt-Igoe were the trophies of the liberal left – a salve to their guilt – but a debilitation to those who lived there. It was torn down in the mid 1970s, a marked failure of elitist social engineering and urban renewal.

Steele puts the case in this film that elitist patronage is a hindrance to black uplift, not a help. That point that he made at the site of Brown’s shooting comes back again and again. The truth has become irrelevant, he says in a search for what he calls “The Poetic Truth” – a created narrative that is used as leverage to power.

Produced by Shelby’s son Eli, What Killed Michael Brown is beautifully shot and produced. Its opening scenes showing the riots and heated narrative in the aftermath of Brown’s death depicts the creation of this “poetic truth” brilliantly. The sense of the ‘fury of the mob’ and the breakdown of dialogue is palpitative. Its juxtaposition with Steele’s calm search for truth is a triumph of dramatic production. Eli Steele showed a narrative talent in that that is matched by his father’s ability to condense complex ideas into simple language.

Take the opening line of the film: “The optic was just terrible. A black boy, dead in the street, shot by a white policeman. It was four and a half hours before they finally removed the body.” That line is so loaded with the “poetic truth” of white racism and black victimhood, but put it besides his later and far deeper observation “why is it so hard to see the truth here?”

That is the underlying theme that Steele explores in this film through the lens of the death of Michael Brown. What he undermines is not so much the created narrative of the shooting of Michael Brown (though he does that thoroughly), but the assault on the truth in the creation of “poetic truth”. It is a phenomenon, particularly magnified in the digital age, that is corrupting discourse to the core; and has massive consequences –not least to those it purports to champion.

Recall the recent Carlow Pres school witch hunt. A quick perusal of Twitter revealed legions of people declaring they “believe the girls”. None of them talked to any of these alleged girls or victims (turned out there was none), but truth be damned, it was important to get in on the pile on!

Steele simplifies these complex issues in elegant prose.“Yet there is an elephant in the room. It is simply that we blacks aren’t much victimized any more. Today we are free to build a life that won’t be stunted by racial persecution. Today we are far more likely to encounter racial preferences than racial discrimination. Moreover, we live in a society that generally shows us goodwill—a society that has isolated racism as its most unforgivable sin.”

It is, quite simply, marvellous writing.He argues that blacks have been given a poisoned feast. That their acceptance of the bargain has left them impotent, and with a deep sense of inauthenticity. He says that the protests of BLM and similar groups seems unconvincing. “The anger seems ritualised; almost choreographed,” he says.

Writing in the WSJ, Steele observes : “Thus, for many blacks today—especially the young—there is a feeling of inauthenticity, that one is only thinly black because one isn’t racially persecuted.” Perhaps this “poetic truth” is losing its grip. The hope is that if this is so, the void will be replaced by an appreciation for the actual truth.

Steele interviewed black community activists who sought to uplift their community through a message of dignified self reliance. This group included a Chicago pastor who preaches resilience, self-reliance, and faith with wonderful parables; and a reformed drug king who was converted by this pastor.This is a new deal between communities, themselves, and God. This one could work.

What Killed Michael Brown is available to buy on Vimeo, Amazon, and at https://whatkilledmichaelbrown.com/