JOHN AIDAN BYRNE interviews Author Emily Conrad on her book  FAITHLESS which discusses the stunning rise of US Electoral College members who voted against Presidential or VP candidate they’d pledged; death threats & foreign interference in 2016 and 2020.

LISTEN TO THE PODCAST 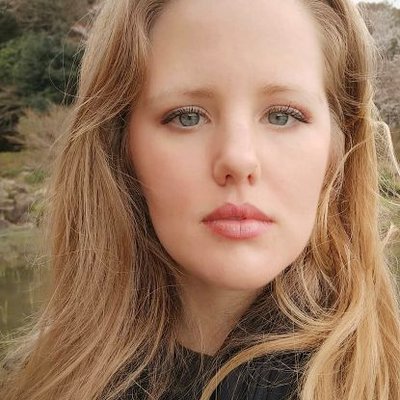 “As I researched this book and talked with one faithless elector after another, I found myself constantly challenged in my ideas and understanding of the Electoral College, the role of political parties within America’s democratic system, and the empowerment of the individual versus the masses in American politics” says Conrad.

“However,” Conrad continues, “one thing I do not question is the authenticity of the electors who decided to go against the popular vote of their states and vote faithlessly. Each one of the electors with whom I have spoken gave immense thought and emotional energy into his or her decision.”

Will the die-hard Bernie electors stay true to their convictions, or grudgingly support the official nominee? Will the lifelong Republican electors cast their vote for Donald Trump, or write in another candidate in the name of principle? Conrad expands upon these stories and details the reactions and aftermath after each elector casts their deciding vote, prompting the question: what do the faithless electors of 2016 prescribe to the possibility of faithless electors in this contentious 2020 presidential race?

“While most political junkies examined the unprecedented nature of Donald Trump’s 2016 presidential victory, Conrad was fascinated by the underreported stories about the eight so-called faithless electors who cast ballots that went against the popular vote of their states in the Electoral College. The driving questions behind the author’s work lie not in constitutional debates surrounding the legality of faithless electors or the undemocratic nature of the Electoral College, but in the eight electors themselves . . . her deeply human approach that centers on the personal lives of the eight electors is a welcome alternative to a genre dominated by hyperpartisan pundits. By pushing Trump and Clinton out of the spotlight, the book is also an implicit celebration of democracy with an unrelenting focus on state and local activists willing to stand up against members of their own parties.” – Kirkus Reviews

“Not merely about the Electoral College, but about how ordinary, politically engaged Americans are struggling to cope with the political turmoils of our time. a particularly worthwhile read.” – Bradley A. Smith, Professor at Capital University Law School, Federal Election Commissioner (2000-2005)

‘Consent’ is not enough. We need to recover the lost meaning of sex