Drive-in Mass and outside confessions: time to reopen the churches too says MARY KENNY 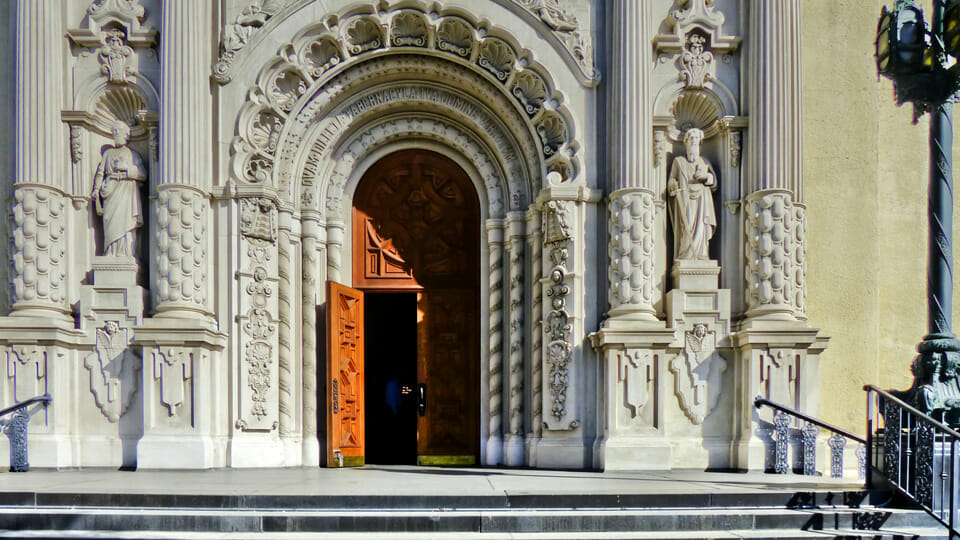 I will be the first one to hold up my hands and say I wanted a lockdown too. I used the #stayathome #staysafe #quaranteam hashtags that began floating around only a number of weeks ago. I bombarded friends of mine with messages regarding staying home and staying safe. I panic bought Vitamin C and other medical bits and bobs so that I could keep myself and my daughter safe from this seemingly deadly virus. I watched video after video on YouTube about what was happening in Italy and how overcrowded these hospitals looked.

I was scared that if I went outside and stood less than two metres away from someone that I would infect them and then that person would go on to infect so many other people and it would eventually end in death for someone who had found themselves infected in that chain.

I liked Facebook posts regarding all things trendy about quarantine. I started baking (of course I did…) I walked and even jogged a little (that didn’t last) I shared Instagram posts on my stories urging others to stay home and therefore, stay safe. Be an everyday hero and save lives, all that jazz. The medical staff can save hundreds of lives but we can save thousands, isn’t that what Varadkar said?

But we aren’t on a film set. We aren’t on an episode of Star Trek. This is reality and we can’t turn the TV off because we are on a never-ending set with what seems like a never ending lockdown.

Six weeks into lockdown, this is what many are now calling the ‘new normal’. So the new normal is therefore collapsing the economy, putting hundreds of thousands of people out of work, staying inside aside from when you *essentially* need to move out of your home or take some exercise, standing two metres apart at all times (unless you are an older person that has been ‘cocooning’, then you shouldn’t even talk to people when you go for your state sanctioned exercise), having churches closed to the public while off licences continue to boom with a 44% increase in the sale of alcohol.

Not only are we prohibited to go to Mass, we can’t even make a simple church visit. At first, cancelling Mass for the public was done in the name of social distancing so that we could eliminate this virus as quickly as possible, ensuring that we all played our part. For my part, I didn’t quite understand it but I had no choice but to accept what was happening and live stream Mass for the foreseeable future with no end date in sight at that time. However, it gave me great consolation that many churches remained open across the country so that for those that still wanted to make a church visit, for those that find great solace, peace, and hope in front of the Tabernacle, of which there are many, this could still be done. Fast forward to the present day and this is no longer the case.

I remember broaching this subject with a close friend of mine who doesn’t go to Mass on a regular basis and hasn’t done so in a long time. I told her of how I couldn’t understand why churches needed to be closed in the interest of public safety in order to curtail the spread of the virus and she, as a non believer, couldn’t understand it either. The fact that churches have locked their doors seemed rather nonsensical to her as it does to many others. She said and I quote “Churches these days aren’t exactly packed to the rafters, you would imagine social distancing could be maintained better there than anywhere else these days”.

She has a point, a very valid one and it begs the question that if social distancing can be implemented and maintained in supermarkets and hardware stores across the country, why has it not been attempted in many churches?

Right across the United States, drive-in Mass has proven to be a huge success. It’s exactly like it sounds, like the drive-in movies except instead of watching a movie you are going to Mass. It may not be conventional and hopefully it won’t have to last very long but it is innovative and right now it is working. It gives the faithful hope in their shepherds and at a time like this, hope has never been so badly needed.

Just a few days ago, the Irish Examiner had an article on Fr Paddy McCafferty who was hearing socially distanced confessions at a west Belfast Church. In the article he explains that social distance was maintained at all times and he intends to keep on doing this until people are allowed back in the church again. I remember reading this and thinking this priest really cares about his flock, it warmed my heart to see the lengths he went to in order to reach out to the faithful in their time of need. He has been innovative even with queues of people, so it really does beg the question, why have our churches been closed even just for a visit? There are no queues of people frequenting the local parish church on a daily basis. You could be sat in your local church for the day and you may only see a handful of people come and go. Let common sense prevail, even if you aren’t a Mass goer or have no interest in the church, locking them up makes no sense whatsoever.

It is at a time like this that the faithful desperately need their bishops to speak up for them and yet, all we hear is radio silence and it has become stifling. Even when the government released their 5 phase roadmap for reopening society and business published on May 3rd on gov.ie, the reopening of places of worship isn’t mentioned until phase 4 which will begin on July 20th.  Small retail outlets, marts, libraries, cafes and restaurants, and even playgrounds have been given the go ahead before our churches can reopen.

Maybe our government believes that churches are bursting at the seams, or maybe they just don’t care about our spiritual welfare. I am likely to go with the latter. Either way, this government have handed our bishops and church leaders an opportunity to speak up on behalf of their flock. When will a time like this come again? The time is now, and we need them to speak up for us.

New Study: A growing number of scholars, barristers, and politicians are saying China is committing genocide