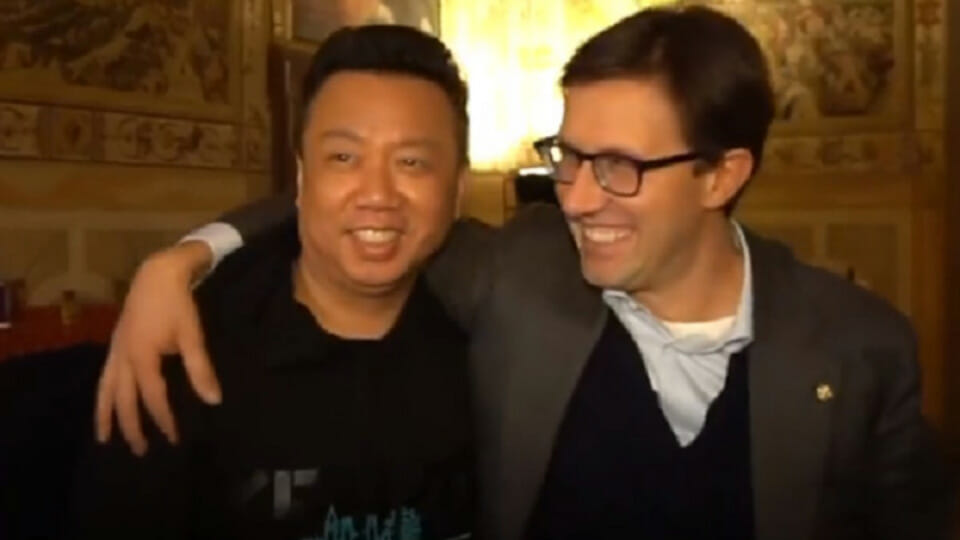 Photo Credit: Mayor of Florence with a friend

The health situation in Italy is dire. Tragically, over 11,600 people have died and over 101,000 people have caught coronavirus, giving it some of the highest numbers of cases outside of China.

The question is, what caused this to be the case?

While the reasons are clearly complex and multi-faceted, the well-meaning—but ultimately misguided—advice from key figures on the left are actually contributing to the crisis. Take for instance this tweet by the ABC’s chief economic correspondent, who tweeted less than a week ago:

People around the world are dying alone Stop talking about the economy. We live in a community not an economy. Go knock on your neighbour's door & ask if they need help Look after eachother

And learn a lesson from Italy Choose love over hate

Stay inside. Only go out if you must

Not only is it more than a little strange for Alberici to be downplaying the impact on the economy, but what exactly are we to learn from Italy? Tragically, it has been one of the worst-hit countries in the world from COVID-19.

Many in the mainstream media have followed the explanation of Matt Simon in Wired, who argued that it was because Italy has the second-oldest population on earth. But as Marcus Roberts responded in MercatorNet:

This doesn’t fully explain Italy’s predicament. The oldest country in the world is Japan, and it has managed to keep the number of infections and deaths to quite low levels.

So, what did Italy do that Japan didn’t? Well, under the guise of combatting racism it seems that at least some unwittingly facilitated the virus spreading even further. As NewsCorp European correspondent Ellen Whinnett explained:

The first cases were detected in Italy on January 29 when two Chinese tourists fell ill in Rome. They had flown into Milan on a tour on January 23.

The diagnoses prompted Prime Minister Giuseppe Conte to immediately announce a ban on flights from China – the first country to do so – and declare a six-month state of emergency.

But there was squeamishness from some quarters about the tough action, and the Mayor of Florence, Dario Nardella, launched a “hug a Chinese’’ day on February 1, calling for “unity in the common battle’’ and decrying racism against Chinese people in Italy.

The move prompted Italians to hug Chinese people in the northern Italian city and post images on social media.

Italy is now suffering one of the worst coronavirus tragedies on the planet, with around 80,000 infections, and 8215 people have died, giving the country a death rate of around 10 per cent. More people have died in Italy than in China.

For those interested in following up on sources you can check out the following links here and here:

This is sadly what happens when identity politics trumps common sense. Because as the situation in Italy has sadly demonstrated—and the government’s chief medical officer has explicitly advised against—it’s actually irresponsible to visit random strangers. And it’s definitely not loving to consider the financial impact on the broader community that COVID-19 is already having.

But then, it’s very easy to utter these kinds of vacuous platitudes when your own financial security is not going to be impacted because the government pays your weekly wage.

Mark Powell is a columnist for The Spectator Australia and the Associate Pastor of Cornerstone Presbyterian Church, Strathfield. His article is printed with permission