DAVID BYRNE: The Left can have their white privilege narrative or the patriarchy – not both 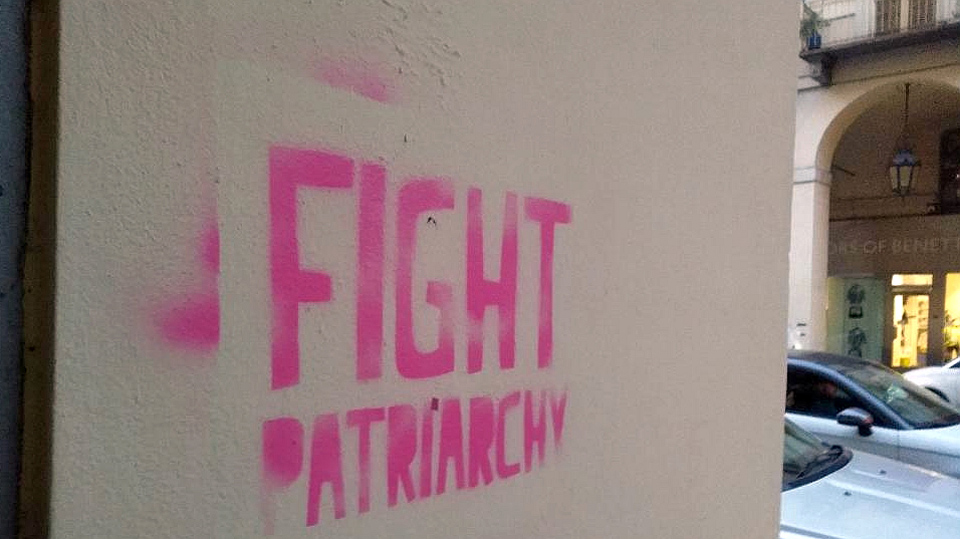 The tragic and unjust death of George Floyd reignited two discussions that had long been had right the way across the Western World. The first was how to deal with the supposed ‘systemic’ racism that existed within our society? And the second – and what some people see as the root of all evil in our world – how do we defeat white privilege once and for all? It had been a while since there was an event that gave people a reason to ask these questions and it seemed they had used that time wisely to prepare themselves with responses to the people who pushback on the concept of white privilege and systemic racism. Individual stories of injustices experienced by people of colour were met by individual stories of white people who had suffered hardships that would cause riots if they were to be had by someone of a different race.

Any person who made such an argument was then reminded that all this time, the concept of white privilege was not to assert that white people have always had everything handed to them on a plate, but that they typically find it easier to get the plate than people of colour. It seems that in the midst of all this debating back and forth people on both sides have missed one key thing.

White privilege as a concept is not absurd because white people are not privileged. It is absurd because everyone in the West is privileged when compared to the rest of the world. In the US, there is much talk about the long-lasting effects of slavery of certain communities, but in other parts of the world, slavery is still an ongoing problem! People of all races and ethnicities enjoy higher living standards, receive better quality education and healthcare, and have greater opportunities to achieve their goals. Of course, this is not to say that things are fine the way they are, and nothing needs to be done. All of the benefits of living in the West are enjoyed more by some than by others and a lot needs to be done to close this gap. But no progress is going to be made unless these facts are acknowledged.

When it came to the first discussion – that the system we live in is broken beyond repair and needs to be stripped down and built anew – there was not as much pushback. Perhaps because most people agree that some serious changes are required to ensure we do not see another George Floyd video.

This provides us with an interesting thought experiment where we can apply the left’s own principles to them. Unsurprisingly it turns out that they are inconsistent and do not adhere to their own standards that they have laid out for everyone else.

The argument has been made that the systemic racism is exemplified by the fact that relative to black people, whites have a lot of statistics that go in their favour, the reason being that the system is unfairly tipped in their favour. These included the fact that whites have longer life expectancies than black people, they have lower high-school dropout rates, higher college admission rates, higher graduate school admission rates, a greater share of national income, and better overall health. Whites are less likely to be victims of violent crime and they have lower incarceration rates relative to their share of the population. This is sometimes countered by pointing out that all of these metrics exist in even greater numbers when Asian people are compared to whites, yet nobody ever speaks of the dangers of ‘Asian privilege’. There is an even more interesting way to approach this, however.

For years, the left has concerned itself with taking down the supposed patriarchy that has existed for thousands of years that has given men an unfair advantage and enabled them to get ahead. Yet, with the exception of the share of national income, every single metric that is used when comparing white people to black to demonstrate white privilege, is in favour of women when comparing them to men. Take life expectancy for example, according to the World Health Organisation ‘Women generally live longer than males – on average by six to eight years’, even though the gap between whites and blacks is just 3 years. Men make up 50% of the population yet they are responsible for over 90% of the prison population. If people of colour being over-represented in the prison population is evidence of systemic racism, then logic should follow that men being over-represented in the prison population is proof of ‘systemic sexism’.

But not according to the left, epitomised at Politicon 2016 when Sally Kohn was asked that very question and after a few seconds of stuttering she came up with ‘It does also happen to be the case that more men commit crimes’ before her opponent, Ben Shapiro threw up his arms and the crowd let out a cheer because she was the one to let the left-wing mask slip.

For a political movement that is so concerned with social justice, they seem to be completely missing a glaring injustice staring them in the face. Or perhaps they are ignoring it.

There are only so many hours in the day and there is a limited amount of resources that any one movement can commit to achieving their goals and some prioritising needs to be done. However, one cannot claim to care about an issue while not only missing or ignoring something that completely exacerbates it, but actually says it does not exist in the face of incontrovertible evidence. This is what the left does when it talks about the patriarchy.

If indeed we do live in a patriarchal society, it is a pretty bad one.