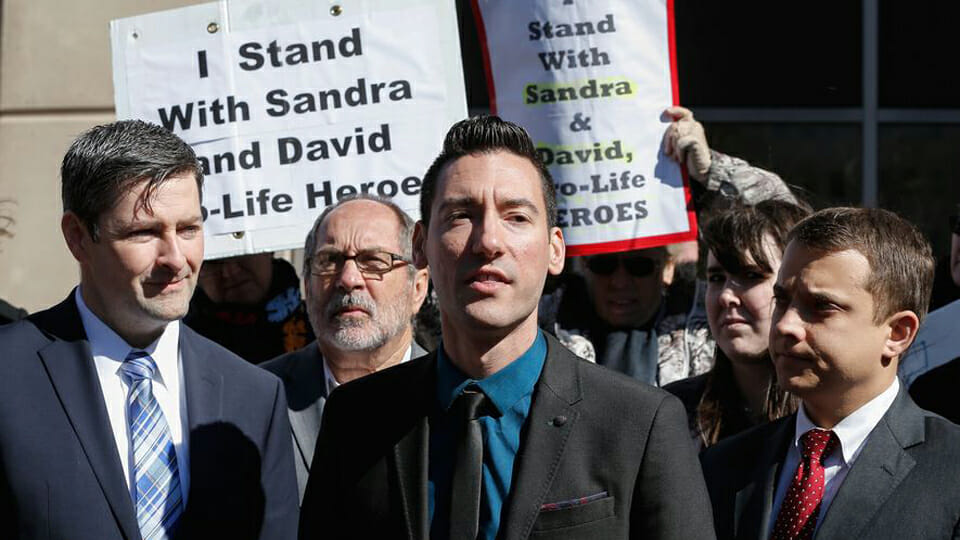 David Daleiden is now an internationally recognised whistle-blower, whose work exposed the seedy underbelly of the abortion industry with clinic directors caught on camera discussing the sale of aborted baby body parts.

Since he exposed that horrific practise, Daleiden and his fellow undercover investigators have been repeatedly attacked through the courts, not just by Planned Parenthood but also by liberal prosecutors seeking to silence citizen journalists and protect abortion providers.

Now, David Daleiden and the Center for Medical Progress have turned the tables suing Harris, along with Planned Parenthood, and California Attorney General Xavier Becerra for what they claim are attempts to use the guise of state recording laws to criminally punish Daleiden because they were politically opposed to the content of his videos.

In 2015, Harris launched an investigation on Daleiden, ordering a raid on his home and seizing his camera equipment and hard drive, even though California law was not violated by the undercover videos.

As Madeline Osburn wrote in The Federalist

Harris personally met with six Planned Parenthood executives in March 2016, at the attorney general’s Los Angeles office. An email outlining action items from the meeting shows that they discussed both Planned Parenthood’s political agenda in the state of California and her investigation into Daleiden and the Center for Medical Progress. Two of the six executives in that meeting were used as witnesses in Harris’ criminal investigation.

Two weeks after that Los Angeles meeting, Harris ordered a search warrant specifically seeking Daleiden’s unreleased videos and documents, which should have been protected by the California shield law protecting citizen journalists’ unpublished materials. Harris has received tens of thousands of dollars in political contributions from Planned Parenthood-affiliated entities.

Daleiden is now suing Harris and others involved in the political prosecution for conspiracy to violate First and 14th Amendment civil rights. The lawsuit intends to show that Harris and current California attorney general, Berecca, were selective in their use of California’s video recording laws, and will point to other examples of news outlets using undercover video recordings in California that were never prosecuted by either attorney general.

“This complaint seeks justice for a brazen, unprecedented, and ongoing conspiracy to selectively use California’s video recording laws as a political weapon to silence disfavored speech. David Daleiden became the first journalist ever to be criminally prosecuted under California’s recording law, not because of the method of video recording he utilized in his investigation — which is common in investigative journalism in this state — but because his investigation revealed and he published ‘shock[ing]’ content that California’s Attorney General and the private party co-conspirators wanted to cover up,” the lawsuit reads.

“The California Attorney General first admitted that they are enforcing the video recording law solely based on how they feel about the message being published, and then further admitted they are not even trying to follow the text of the law as written,” Daleiden said in a statement. “CMP’s undercover reporting has been corroborated by the successful prosecution of fetal body parts sales we reported in southern California, multiple Congressional investigations, and forensic video analysis.”

After years of being forced to defend themselves in the courts, Daleiden and the CMP are now taking a legal offense against the abortion industry and their political allies.