A woman at the anti-lockdown protest in Dublin on 27th February 2021 Photo Credit: Krzysztof M

Gardaí have stated that organisers of tomorrow’s anti-lockdown rally in Cork, which is headed by a Socialist anti-water charges campaigner, could face a criminal investigation if the protest takes place as planned.

However, organisers of the demonstration were defiant ahead of the event, saying that they had a constitutional right to protest despite the restrictions.

Gardaí plan to deploy public order units in what they call a “substantial operation policing plan”, calling in national resources as well as regional Cork policing, and saying that they are on high alert after the disturbances at last Saturday’s anti-lockdown protest in Dublin.

Members of the public order unit have also said that they will be on standby for “rapid deployment” if needed.

“Public order capability will be available as part of a graduated response,” a Garda spokesman stated.

“The message from An Garda Síochána is simple. Covid-19 is still a public health pandemic.

He said that citizens have a duty to obey the covid laws, and that gardaí “will manage this in a peaceful way, but we have certain powers under the Health Act and we will use them where appropriate.”

Under the current lockdown regulations, non-essential travel carries a €100 euro fine, and if these people fail to comply with Gardaí further, they could face additional charges and land themselves in court.

It is believed that the CPPC, also known as the Peoples’ Convention, is behind the organisation of the Cork anti-lockdown rally scheduled for Saturday.

Former county councillor and anti-water charges campaigner, Diarmaid Ó Cadhla, is the group’s Secretary, and the official spokesperson for the event, describing the planned protest as a “peaceful assembly”, which he claims is “protected by the Constitution”, and which “everyone should attend”.

“Our civil and human rights are under attack. Proper healthcare is neglected. We are being LIED to, all day, every day by our own government. Debate is censored. it is time to stand up for TRUTH!”, he wrote in a recent Twitter post.

I will be supporting this important event.

Our Civil & Human Rights are under attack.

We are being LIED to all day, every day, by our own Government.

“We have already condemned the mindless violence of a tiny few in Dublin last Saturday, which damaged the work of an otherwise great peaceful public display of opposition to the lockdown.”

Despite repeated assertions from politicians and media outlets that the anti-lockdown movement in Ireland is “far-right”, Ó Cadhla, whose Twitter timeline regularly features posts in support of Palestine and condemning US imperialism and capitalism, is a self-described socialist leftwing organiser, who says that capitalists “have no answer” for Karl Marx’s critique of their worldview.

This attack on Marx only proves relevance of what his scientific investigation revealed about history & his discovery of motive force in modern society/economy.

Marx revealed to capitalists what their role in history was, it appears that they still they have no answer#Worried? https://t.co/b7xZEwH5s8

Karl Marx died on this date in 1883, he revealed to humanity the laws of social development & the existence of capitalism & its ultimate replacement.

We need to create modern definitions that address conditions today, this is where today's 'socialists' have failed.#Revolution! pic.twitter.com/UccbjAkLjR

We must NOT be silent on #Gaza, this is naked fascist aggression by #Israel! #UNO has betrayed #Palestine & therefore all peoples #vinb #fb 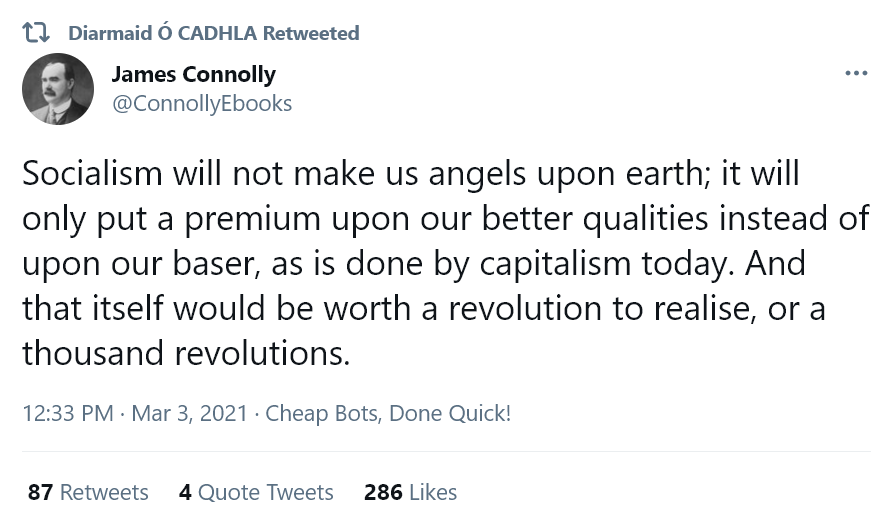