Conflicts of Interest at the Inter-American Court of Human Rights 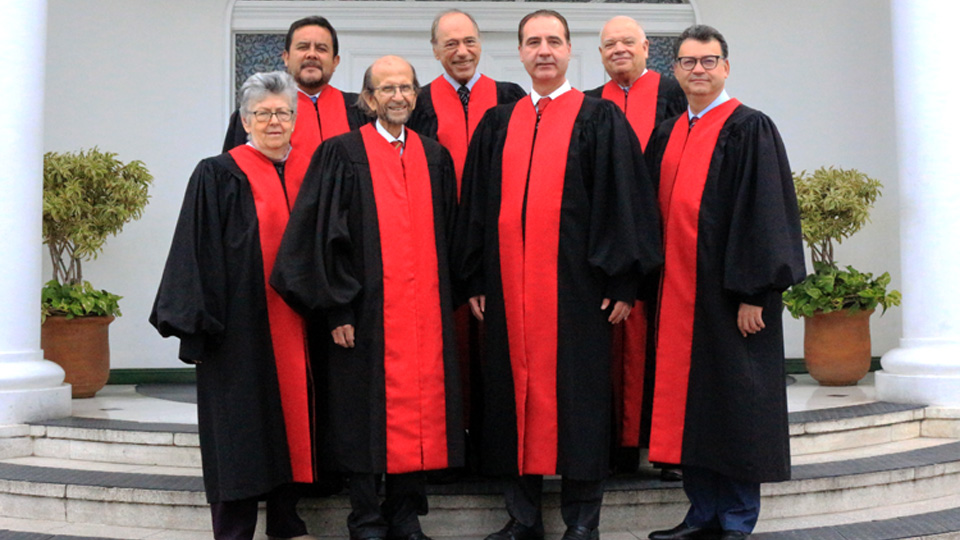 Judges of the Inter-American Court of Human Rights

Most people know something about the European Court of Human Rights which is based in Strasbourg and is under the auspices of the Council of Europe. On 2 March 2020, I wrote an article here which demonstrated how the independence of the ECHR has been undermined by George Soros and his Open Society Foundation (OSF). The foundation claims to” work with organizations and individuals who seek to address profound racial, economic, and political inequalities, while funding efforts to prepare for the policy challenges of the future.” The “policy challenges” referred to are the ideologies and political agenda of the far-left liberal radical movement.

That article was based on a very detailed report – NGOs and Judges of the ECHR – published by the European Centre for Law and Justice (ECLJ) which is a non-governmental organisation based in Strasbourg, and dedicated to the promotion and protection of human rights in Europe and globally. The ECLJ published a recent update on the report stating: “This report provoked many reactions, and its accuracy has never been contested. It unfortunately came up against the first confinement [Covid restrictions], as well as the silence and inertia of political and media authorities desirous above all of protecting the authority of the ECHR, and the functioning of the bodies of world governance.” 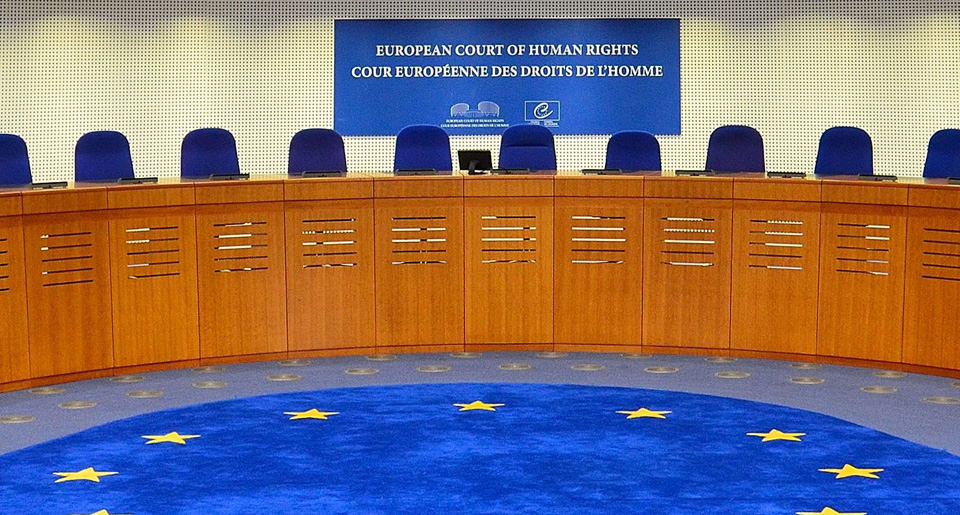 Not as many people will have heard about or be familiar with the Inter-American Court of Human Rights (IACHR) which is based in San Jose in Porto Rico and is under the auspices of the Organization of American States (OAS). The ECLJ has been examining the independence of that court and has published some findings pointing to the situation being even worse with the Open Society Foundations at the heart of the problem. Of course, that is no surprise based on what has been discovered about the Soros influence at the ECHR.

The American Convention on Human Rights and the Statute of the Inter-American Court of Human Rights include guarantees of the independence and impartiality of the judges of the Court. This strengthens the authority of the Court and the credibility of its decisions.  According to Article 71 of the American Convention, “The position of judge of the Court is incompatible with any other activity that might affect the independence or impartiality of such judge or member, as determined in the respective statutes.”

According to the Statute of the Inter-American Court, judges take an oath of independence and impartiality upon assuming office (Article 11 § 1), and their office is incompatible with any positions or activities “that might affect their independence or impartiality” (Article 18 § 1.c). In case of doubt as to such incompatibility, the Court decides about the judge and his or her activities or positions at issue (Article 18 § 2). The Court needs in this case to apply Article 19 § 1 of the Statute according to which “Judges may not take part in matters in which, in the opinion of the Court, they or members of their family have a direct interest or in which they have previously taken part as agents, counsel or advocates, or as members of a national or international court or an investigatory committee, or in any other capacity.”

If the ECLJ found irregularities surrounding the independence of the ECHR, it has now discovered that “the situation is worse on the other side of the Atlantic, at the Inter-American Court of Human Rights. The Open Society Foundations (OSF), founded by George Soros, is at the heart of the problem.”  On 5 February and in preparation for the case due to be heard by Judge Elizabeth Odio Benito, the President of the Court, the ECLJ challenged her impartiality. In its letter, it stated: “Being aware of the essential character of the impartiality of judges, we would like to draw your attention to a few facts in the case Manuela. One applicant is the Center for Reproductive Rights. This NGO received between 100,000 and 500,000 dollars from the Open Society Foundations (OSF) in 2018 and the same amount in 2017. It received more than 500,000 dollars from the OSF the years before.

“According to your current official curriculum vitae, you are a member of the International Commission of Jurists (ICJ). According to your 2014 official curriculum vitae, you have also even been part of the Board of Directors of the ICJ. This situation creates an issue as the ICJ is financed by the OSF: this foundation gave about 1,330,000 dollars to the ICJ in 2018 and 1,255,000 dollars in 2017.

“The OSF states that the link established with its beneficiaries is not only financial but aims to establish real “alliances in pursuing crucial parts of the open society agenda”, therefore, one can legitimately consider that there is such alliance between the OSF and the ICJ.

Your current curriculum vitae also indicates that you accepted an award from the Open Society Institute. Your pride in receiving this award was noticed by the press.

“Therefore, if you sit as a judge in the case Manuela, your membership to the ICJ could create a situation of conflict of interest. The common financial and ideological dependence of your organization, the ICJ, and of both one applicant and eleven third parties, would cast doubt on your ability to be impartial in this case. Sharing these facts and thoughts with you does not aim at questioning your personal integrity but at working together in favour of the impartiality of justice with its requirements related both to realities and appearances. This impartiality will serve the credibility and authority of the future decision in Manuela case.

Providing evidence for its assertions, the ECLJ concluded: “Furthermore, other more general questions on impartiality matters involve the influence on judges of both the Open Society Justice Initiative (OSJI), financed by the OSF, and all three applicants in the Manuela case. Indeed, the Center for Reproductive Rights, Colectiva de Mujeres para el Desarrollo Local and Agrupación Ciudadana por la Despenalización del Aborto Terapéutico, Ético y Eugenésico endorsed the ‘panel’ convened by the OSJI. In the last years, this panel was organised in order to assess the candidates for the election of judges at the Court. How can the impartiality of judges be guaranteed, when their elections at the Court were supported by those same NGOs, through their participation in this process? This is the case for instance of Humberto Antonio Sierra Porto. Those relationships between judges, the applicants and their supporting third-parties cast doubt on the impartiality of the Court.”

In a bizarre arrangement, when some judges of the IACHR were candidates for the position of judge, some of them underwent a process of evaluation conducted by Open Society in the hope of receiving the backing of the OSF network. Several NGOs support the process conducted by Open Society, among which are all three applicants in the case of Manuela v. El Salvador. Humberto Antonio Sierra Porto, the Colombian judge mentioned in the ECLJ letter, was endorsed by Open Society after having completed that process of evaluation.

In another bizarre arrangement, the OAS, on which the IACHR depends, receives private funding from the OSF, for example, over $410,000 between 2017 and 2019. It is beyond surprise that the OAS is open to private funding. Above all, the fact that the same NGO finances both the applications before a judicial institution and the organisation on which that judicial institution depends raises an additional issue around conflict of interest. The political influence of the OSF, through its financial power, leads to what Gaëtan Cliquennois of the Université de Nantes, called a “privatisation” of the human rights system “through the growing influence of foreign private funds”.

Some people complain about human rights abuses in China and other far-away places. Perhaps, greater scrutiny is essential much closer to home. It is not well known that Ireland was impacted by the “influence of foreign private funds” at the ECHR which decided in December 2010 that Irish law on travel for an abortion violated a woman’s human rights. In that case, the New York based, Center for Reproductive Rights, and the University of Toronto International Reproductive and Sexual Health Law Programme submitted a joint friend-of-the-court brief to the court, supporting the challenge to the law by three Irish citizens.

The Center (and other foreign entities) is currently focusing its attention on using legal methods to force African countries to change their laws to permit liberal abortion. For example, in 2015, the Center along with two local human rights organisations and a group of Kenyan female lawyers entered a successful case in the Kenyan High Court against the state. Its strategy is to work with other international abortion lobby groups, e.g. International Planned Parenthood Federation and Marie Stopes International, to set up local advocacy groups in a country and to fund and train them on how to lobby politicians and the media. That facilitates a two-pronged attack at political and at legal levels that results in a local demand as part of the current cultural colonisation of Africa with ‘progressive’ western social and family values.

Never far away to fund the liberal leftist agenda is George Soros and his Open Society Foundation. Traditional human rights are under attack on several fronts – both from within and from without. That attack will be fuelled further by the radical Biden administration in the USA which is already undoing the pro-life and support for traditional human rights that the Trump administration had put in place. 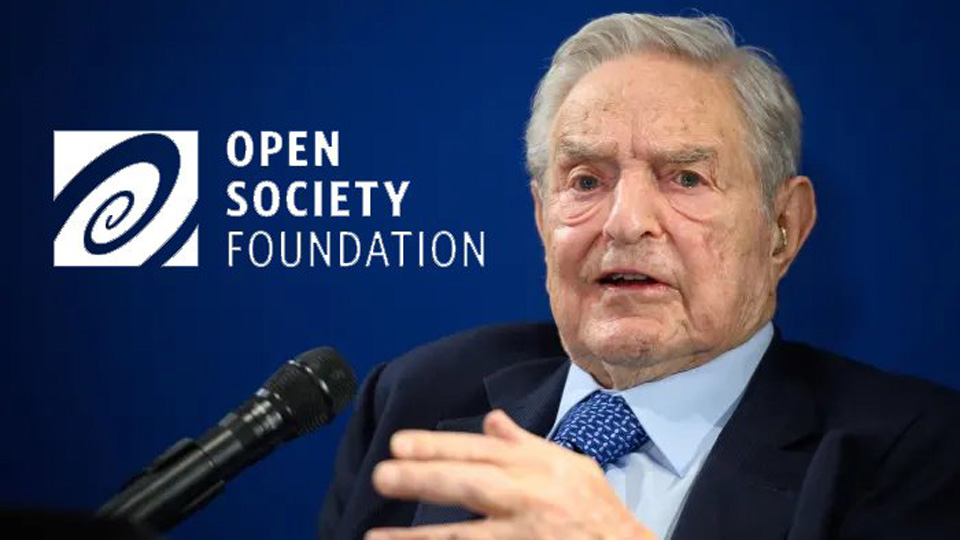 In my forthcoming book – The Theology of Integral Human Development – I will devote a lengthy chapter to illustrate how the 1948 Universal Declaration of Human Rights is being undermined by the radical left. The obvious or apparent conflicts of interest within the ECHR and the IMCHR, unearthed by the ECLJ and which have not been denied or contested to date, support the aggressive liberal campaigning of radical left NGOs. The prize is great in changing policy internationally. The  book – Unborn Human Life and Fundamental Rights: Leading Constitutional Cases under Scrutiny  – edited by William Saunders, Director of the Human Rights Programme at The Catholic University of America, exposes judicial activism and the manipulation of legislative processes to illegitimately create abortion rights. We know the pressure that the ECHR and the UN Human Rights Council put on Ireland to repeal the 8th Amendment. Financial power and judicial activism are now weaponised to effect other policy changes demanded by the radical left.

Matt Moran is a writer and researcher based in Cork. He also writes for Independent Catholic News in the UK and UCANews in Asia amongst others

The coronavirus in Italy