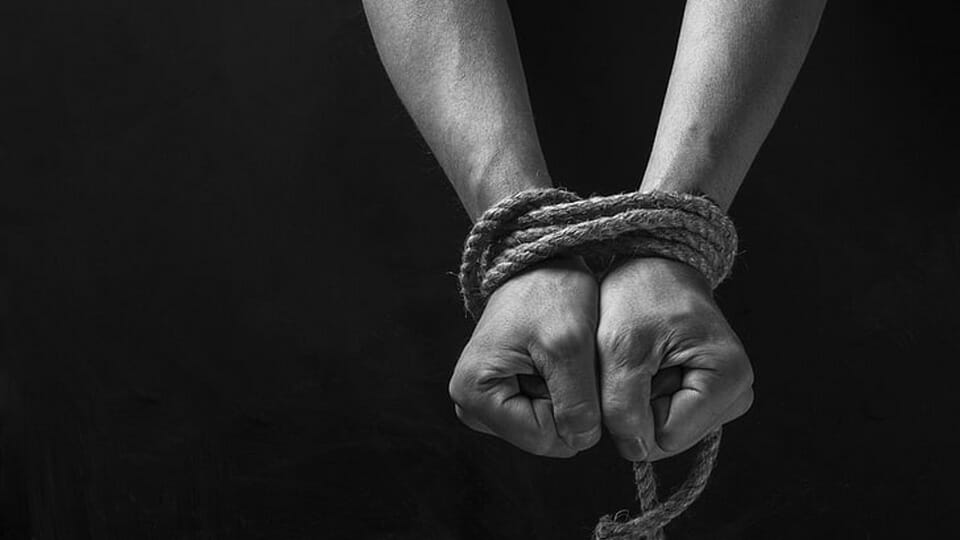 The global soul-searching over the issue of racism, contemporary and historic, that has taken place since the death of George Floyd in Minneapolis on 25 May has not escaped Ireland. It has taken many forms, some instructive, others less so. One of the most commented-on has been an investigation of the ways in which the island, or, more accurately, certain individuals and families associated with it, were involved with, and benefitted from, the slave trade that was such a salient feature of the relationship between the Old and New Worlds, and of life and commerce within what became the United States of America, from the early modern period through to the abolition of the practice following the victory of the Union forces in the American Civil War of the 1860s. The general thrust of this journalistic output – few historians of Ireland during the period in question have been invited to pen extended considerations of the question – is that Ireland was an integral part of this trade, shares in the disgrace with which it is regarded, and is obliged to do something by way of recompense.

It is suggested that this analysis, while accurate in most of its particulars, is utterly misleading in its general thrust, in several ways, for different reasons. Two errors stand out in particular: first, it misrepresents the place of the island in the colonial expansion that took place in the period when the slave trade became established and flourished; second, it conflates the roles and experiences of the individuals who are under the spotlight for their involvement with the slave trade, and the great mass of the people of Ireland, who were not. Far from being culpable in the matter of the trans-Atlantic slave trade, Ireland was itself an object of the same process of colonisation that gave rise to the trade in the first place. Its indigenous population was subject to the same process of subjugation, degradation and elimination of legal protections as was inflicted on both the African population transported in chains to the New World, and the native peoples of the western hemisphere, by the colonising European powers.

Historians of the early modern era have developed the concept of ‘the Atlantic World’ as a short-hand description for the development of links between Europe and the Americas, following the journey to the latter by Christopher Columbus in 1492. All the major maritime European powers were engaged in these connections, which consisted initially of ‘voyages of discovery’, and were then rapidly followed by conquest, annexation, settlement, the subjugation of the indigenous populations and exploitation of the natural resources of the territory for the benefit of the colonising power. France, Holland, Spain, Portugal, and, of course, England participated in, and benefitted from, this process. The last named was especially engaged in the so-called ‘triangular trade,’ whereby ships sailing under English flags transported slaves from Africa to work in the English colonies in north America, then sailed back to England with the raw materials and local produce from those colonies, before completing the third leg of the triangle, exporting goods produced in England to Africa. It was an enormously lucrative business, and those at its centre could, and did, earn enormous personal fortunes from the trade.

There was one potential threat to this trade in goods and human misery, as it was to Britain’s expansive maritime ambitions more generally. In order to ‘rule the waves’, England had to ensure that Ireland – its gateway to the Atlantic – was in no position to interfere with or obstruct the passage of the shipping into and out of the English ports, such as Bristol and Liverpool, that were the pillars of the operation. This was ensured by completing the colonisation of Ireland that had been on-going for several centuries, in a broadly comparable fashion to that which was simultaneously taking place in its ‘thirteen colonies’. A loyal population from the ‘Mother country’ was settled in the territory (the process involving truly horrifying levels of violence – not for nothing has the era been described as ‘The Age of Atrocity’), and was in effect given a monopoly of commercial, financial, legal and economic power. At the same time the existing inhabitants were systematically stripped of this power, physically excluded from certain parts of the island (‘to Hell or Connacht’), and reduced, for the most part, to a state of utter destitution. The process was not uniform, of course, and in some areas on the periphery of the island, the writ of the coloniser did not run (any more than the colonisers in America were able to completely eliminate the indigenous peoples – hard though many tried) – but these were the exceptions to the rule.

It is one of the enduring legacies of this phase of the conquest of the island (indeed of Irish history generally) that the broad line of distinction between the settlers and the indigenous population at this time was religious – the latter overwhelmingly Catholic, the former almost uniformly Protestant. This was one of the several ways in which this conquest of Ireland differed from previous, unsuccessful, efforts (which had occurred prior to the Reformation), or indeed from the conquest of north America, but it was the most important – for it introduced, in English eyes, a political dimension to the threat centred on Ireland: the prospect of an alliance between Catholic Ireland and one of the great continental Catholic powers, such as France or Spain that would threaten England with a strategic encirclement.

It is also important to remember that one of the principal sources of recruits for the colonising project in north America (most particularly in those states that are nowadays known as the ‘Deep South’ in the USA) was the Scottish Presbyterian community that was very much to the fore in the settlement of the Protestant community in Ulster. The antagonism manifested by this community towards the indigenous populations of both Ireland and America was very marked indeed – and if anything it was more marked towards the native Irish, for the religious reasons mentioned above. In many cases, scions of families that had taken part in the Plantation of Ulster crossed the Atlantic and brought with them a stridently evangelical, and virulently anti-Catholic, strain of Presbyterianism that remains a salient feature of swathes of Ulster and the southern American states to the present day.

And thus to the present debate. Much heat and little light has been expended on such questions as whether any Irish were ever transported and enslaved in a legal sense as part of the colonial process, in like manner to the trade in slaves from Africa, and (as mentioned above) the extent to which a number of prominent individuals and families in Ireland profited from that trade. Such discussions, it is suggested, are mere sideshows that obfuscate the defining features of the period from the perspective of the whole Ireland and its population in general.

If the Irish were not transported to the New World in any meaningful numbers, it was not because, as fellow ‘whites’, those in charge of the slave industry felt any common racial bond with them and treated them preferentially as a result (racial doctrines in recognisably modern form had yet to be formulated, but even at this point the Irish were regarded by the English as an inferior form of humanity), but rather because they did not wish to introduce the Catholic virus into the bloodstream of the new, emphatically Protestant American colonies. The native Irish, far from being placed on a par with their English colonial overlords on the basis of their shared ‘whiteness’, were thus regarded as more dangerous to the lives of these new colonies than the black slaves then being shipped in chains in their thousands across the Atlantic – and so they remained in Ireland as, in effect, free labour, as ‘hewers of wood and drawers of water’ to those who had, with state backing, acquired a stranglehold over all forms of power on the island. This was also the reason why, when Catholicism did start to establish a presence in these territories, especially in the Deep South, there was such a violent reaction against them: the Klu Klux Klan, it should be remembered, harboured an animus against Catholics that was broadly on a par with its hostility to the black population.

The ‘mere’ Irish, then, were reduced to a state, if not of legal slavehood in a foreign country, then of something in certain respects even more sinister – legal non-existence in their own land. Historians have demonstrated that the full force of the penal laws against Catholics (and in much more tightly constrained limits, against Presbyterians), were never fully enforced, but this research and such conclusions do not detract from the malignant intent behind such legislation, and the fact that those parts of the body of laws that were implemented, were implemented very rigorously indeed.

In short, the experience of the indigenous population of the island of Ireland during this process of colonisation has certain features in common with both the indigenous nations of north America, and the masses of black slaves that were transported to serve as free labour for the ultimate beneficiaries of that process. One should not, of course, push the similarities too far – no two historical situations are exactly alike. But in the current debate the greater danger is that they are overlooked altogether.

Gabriel Doherty is a College Lecturer in the School of History, University College Cork

Every woman in Ireland signed up to this election pledge. Maybe you missed it.