Bye, bye, East Asia. It was nice knowing you 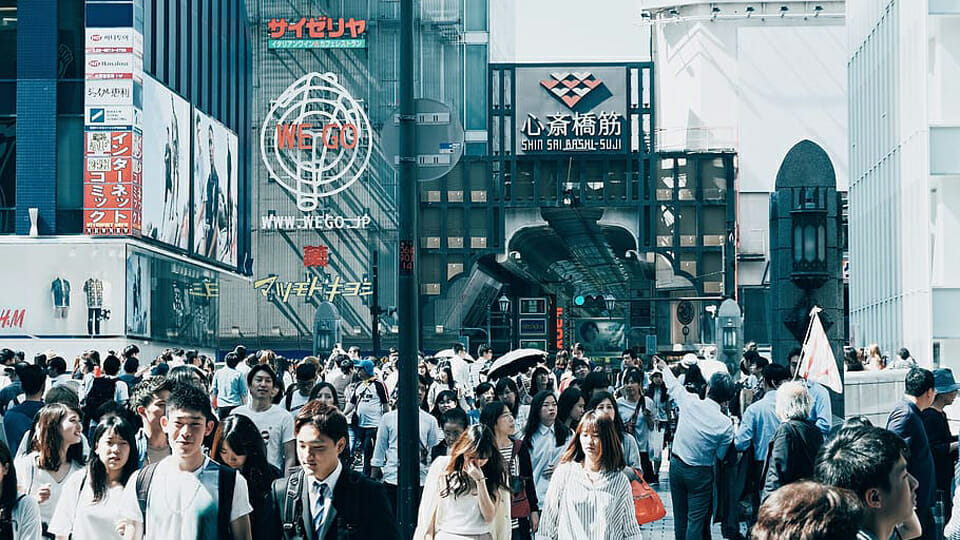 As we usher in the 2020s with a coronavirus outbreak and massive wildfires, one feels tempted to make forecasts for the upcoming decade with a glimmer of hope amidst the gloom. However, when it comes to demographics for East Asia, there is no silver lining.

Through comparing the present to what might happen in 2030 or 2050 is tricky, we can say confidently that this decade will mark not just the beginning, but the acceleration of East Asia’s demographic collapse. South Korea, Taiwan, China and Japan are on expressways to self-extinction.

When Statistics Korea produced its 2016-2065 demographic forecast in December 2016, its predictions were already pretty grim. The population will peak in 2031 at 53 million, it said, and then decline to 43 million by 2065. It predicted that in 2020 410,000 babies will be born in South Korea and that natural population growth will only end after the 2020s have wrapped up.

Four years later one can already see how over-optimistic the statisticians were. The nation’s birth numbers dipped below the 400,000 mark in 2017 and have declined by more than 10 percent every year since then. In 2018 South Korea became the first country on the planet to drop below the Total Fertility Rate threshold of 1, hitting 0.98.

The next year saw the birth collapse continue, with January-November 2019 preliminary figures showing that only 281,784 babies were born (December figures are still pending). In November, Korea also experienced its first natural decrease, an alarming sign. Deaths outnumbered births — by 2000; it was the first time that this had happened in the history of South Korea.

This reality is far more pessimistic than the lowest forecast made by Statistics Korea in 2016. Back then, the lowest projection was 360,000 births in 2020. Hence, we now have to push forward South Korea’s population decline by a decade and use its lowest growth predictions.

South Korea will be lucky to have between 200,000 and 250,000 births by 2030; by 2065 the government’s low growth forecast of 36 million population (down from 51 million at the moment) needs to be further trimmed down to reality. A population of 30 to 32 million — a near halving of the country’s population in 45 years’ time — is on the horizon. The 2020s will mark a permanent end for South Korea’s demographic dividend.

Taiwan barely escaped its own demographic inflection point in 2019. For months, Taiwanese authorities fretted as deaths outnumbered births in the first few months of the year. A late surge in births in December saved the day, so to speak, and so Taiwan recorded a natural increase in 2019 — 177,767 births over 176,296 deaths. It was an extremely close shave.

But 2020 will most definitely not be so kind. Nearly all demographers on Taiwan agree that natural decrease will certainly occur this year.

Forecasts produced by the National Development Council (NDC) in 2018 predicted that a 2021 demographic peak was most likely. But low growth models did predict a 2020 inflection point – and now this has become the reality.

With a TFR of 1.06 in 2018, 2020 will be the year it falls below 1, and thus now the NDC’s low growth model based on a TFR of 0.9 needs to be adapted to predict the trajectory for this decade. Like Korea, the worst case scenario has arrived – and it may be over-optimistic.

Like South Korea, Taiwan’s official medium forecasts have always presumed that fertility rates will somehow miraculously rise and then remain consistent in the future. There has been no sign of that happening for the past few decades, making the predictions wildly inaccurate.

This could bankrupt Taiwan and destroy its national defense capabilities. Massive immigration will be needed, probably from Southeast Asia (whose own birth rates are on the decline). But by then, economic incentives for migrants from Southeast Asian will shrink, as their economies grow and their own populations begin to age.

Chinese population statistics are as shaky as its GDP growth figures and its coronavirus infection numbers. Many bureaucrats in the National Health Commission and the National Statistics Bureau have a vested interest in projections which cover up the demographic disaster they have caused themselves.

Their predictions, which are exuberantly optimistic, state that natural growth will continue until 2029 (recently some have hinted at 2025). Demographer Yi Fuxian’s research demonstrates that it is possible that peak population has already occurred around 2018; other independent demographers lean towards 2023.

However, it is safe to say that even the dubious official figure of 14.65 million births in 2019 is still the lowest figure in the People’s Republic’s history.

As the number of women of fertile age continue to shrink by millions every year and the will to procreate continues to diminish, it can be said that maintaining a level of 10 million births in 2030 must be viewed with skepticism.

Even in this day and age, the mandatory limit on the number of children remains at two. Unbelievable is the only word to describe the ridiculous phenomenon of restricting birth numbers in the face of demographic collapse.

For decades, Japan has been a poster child for demographic decline, with clickbait headlines like “the Japanese have stopped having sex”. Ironically, of the four countries, Japan’s TFR of 1.4 is the highest. Furthermore, it has been consistent over the past decade, whilst rapid declines continued unabated in the other three nations.

With demographic decline already occurring for more than a decade, Japan is now shrinking by 512,000 people a year, according to 2019 figures. Almost all prefectures, bar Okinawa, have now entered natural population decline, whilst low-fertility and high-density Tokyo continues to drain the rest of the nation of all the remaining young people.

Concerns are arising as Japan’s births have now dropped to 864,000, breaching the psychological threshold of 900,000 births only four years after the 1 million mark was breached in 2015. This means Japan is also hitting its low model scenario forecasts; the official goal of keeping the Japanese population above 100 million in 2050 seems impossible.

Despite Shinzo Abe’s best efforts to promote procreation, including an ambitious program to roll out free education and childcare, his Abenomics arrows have not hit the bull’s eye and Japanese birth numbers continue to drop. In a country where young people are happy to be virgins well into their 30s, it doesn’t seem like a solution is around the corner. Current Japanese projections for 2030 are 800,000 births and a population of 119 million.

Out of all the countries listed above, Japan may yet have the most accurate demographic forecasts and it is the country with the most experience in dealing with ageing. Immigration is becoming inevitable as corporate Japan pushes for friendlier migration policies to fill up the shrinking ranks of native-born employees. Many restrictions on foreign labour were loosened in 2019, but restrictions on asylum-seekers are still stringently enforced.

It is said that forecasts are always wrong. No model can ever get everything right, but it has become clear that in East Asia, even the lowest growth models are becoming unrealistic. Demographic “milestones” are arriving ten years early. Extreme population decline is on the cards for the rest of this century with seemingly no end in sight. The 2020s will be remembered as the decade when the avalanche began to hit.

More drastic measures to boost birth rates will be announced in all of these countries. Hopefully the stubborn, zero-sum mandarins of Beijing will come to their senses and end the draconian birth limits. Don’t hold your breath, though.

William Huang is an avid researcher into China and East Asia’s demographic crisis.