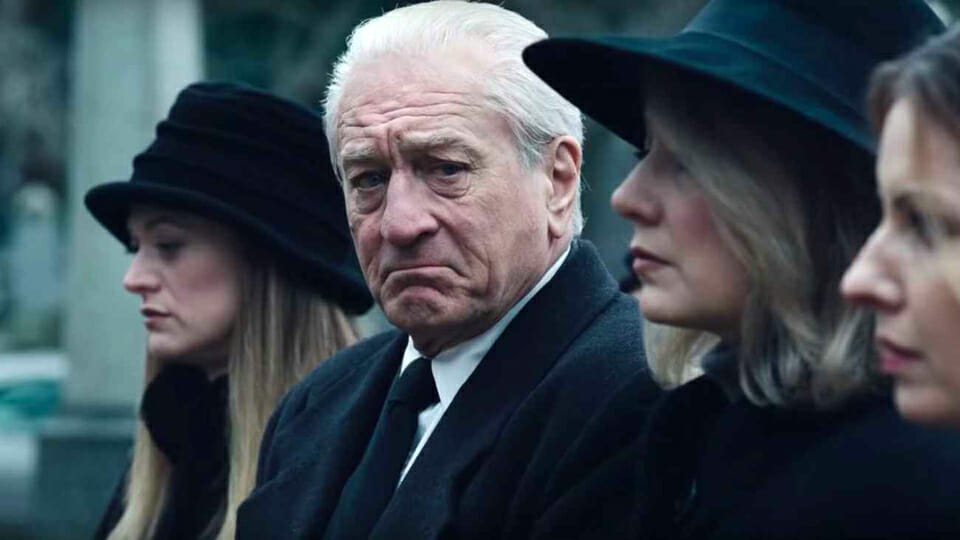 To say The Irishman has been hotly anticipated is an understatement.

For over a decade, film lovers have been taunted by the knowledge that Martin Scorsese and Robert De Niro were planning to make an epic crime film about the life of Frank ‘The Irishman’ Sheeran: the Philadelphia hitman who confessed to murdering the union leader Jimmy Hoffa.

The longtime Teamsters Union president disappeared in 1975. The circumstances of Hoffa’s death, and the whereabouts of his remains, have long been the subject of morbid speculation.

Hoffa’s rise to become one of the most powerful men in America and his subsequent fall was a story made for the big screen.

It took many years for this to come to pass, not to mention a budget of up to $200 million.

The Irishman traces the story of Frank Sheeran from his early steps into a life of crime.

Initial forays into the criminal world see this Philly truck driver fall under the influence of the leading Italian-American mobster Russell Bufalino (played by Joe Pesci).

Soon, Sheeran is carrying out contract killings (‘painting houses’ in mob parlance) for Bufalino and others and it is not long until his talents are noticed by Jimmy Hoffa (Al Pacino).

What transpires between the three men over the following decades makes for an outstanding storyline.

The production of this film by Netflix has sparked much discussion.

The fact that the film is being brought to the viewing public by Netflix rather than by one of the major Hollywood film studies could represent a turning point in the industry.

Twenty years ago, TV drama was still regarded as being hopelessly inferior to film. The critical and commercial success of The Sopranos changed the entertainment industry forever, and the big studios are about to face another challenge.

The huge budget that Netflix was willing to devote to this project was in part necessitated by the use of expensive CGI technology to de-age the main cast and allow Pacino (who is 79) and De Niro and Pesci (who are both 76) to portray middle-aged characters.

Technology is nothing without talent, though. From start to finish, The Irishman is a case study in excellence.

The direction is vintage Scorsese and bears the usual hallmarks of his style: the wide narrative arc, the long tracking shots, the freeze frames, the frequent narration by the main character.

Here, the world’s greatest living director reaches heights he has not ascended to since Casino.

This venture is a reunion for many of its cast and crew: Scorsese and De Niro, De Niro and Pesci, Pacino and De Niro. But it is never boring or repetitive. It lasts for over three hours but does not feel all that long.

De Niro excels in the title role, an Irish-American gunman who thanks to CGI resembles Jimmy Conway of Goodfellas fame in more ways than one.

Frank Sheeran is not the most complex character who De Niro has played. Sheeran is less expressive and more taciturn than Conway.

He does not appear disturbed by his brutal crimes and he never grows too attached to those around him, swapping one wife for another with the viewer barely noticing (the lack of any impressive female characters is one of The Irishman’s only flaws) and gradually drifting away from the rest of the world.

But there is a depth to his performance that is reminiscent of the great man at the peak of his powers. Seeing De Niro’s best acting is enough to forget the last quarter of a century of B-list comedies.

He is not the only star who rolls back the years. It has been two decades since Joe Pesci retired, and although he has been tempted back in the interim, here he shows just how badly he has been missed.

Age has taken its toll: there is no sign of the psychotic rage and energy he displayed in Goodfellas and Casino.

But there does not need to be. His chemistry with De Niro is superb, as it always was before.

And by excelling in a new role as a reserved, calculating mob boss – one who calls the shots rather than carrying out the hits – Pesci shows just how incredibly talented and versatile he is.

Pacino’s character is probably the most rounded of the three.

Hoffa is vain and foolish. He sows the seeds of his own destruction early on and repeatedly fails to remove himself from a path which can only lead one place.

But there is goodness in him too, as shown by the bond he establishes with Sheeran’s estranged daughter, and in the trust he places in his friend, Frank.

What is it about the mob genre which results in such incredible performances? Why do audiences find movies about organised crime – particularly the Mafia – so engrossing?

Granted, the Mob’s ill-gotten wealth can appear glamorous. But that is hardly what draws in the viewer: if wealth alone made for entertainment, there would be more movies about software engineers and investment bankers. There isn’t.

Nor is it the violence that attracts people. There is something deeper at work.

Crime on that level involves a type of double life which interests outside observers who could never countenance such an existence, but who find it compelling nonetheless.

It’s not that ‘The Irishman’ shoots people to make a living, or that he profits handsomely from doing so, it’s that he is laughing in a bowling alley with his daughters in the very next scene. How? Why?

The Italian Mob is particularly fascinating, given how ancient, ritualistic and familial it is. The best gangster movies inevitably culminate in the fraying of codes of honour, brothers betraying brothers. All that is here in spades. 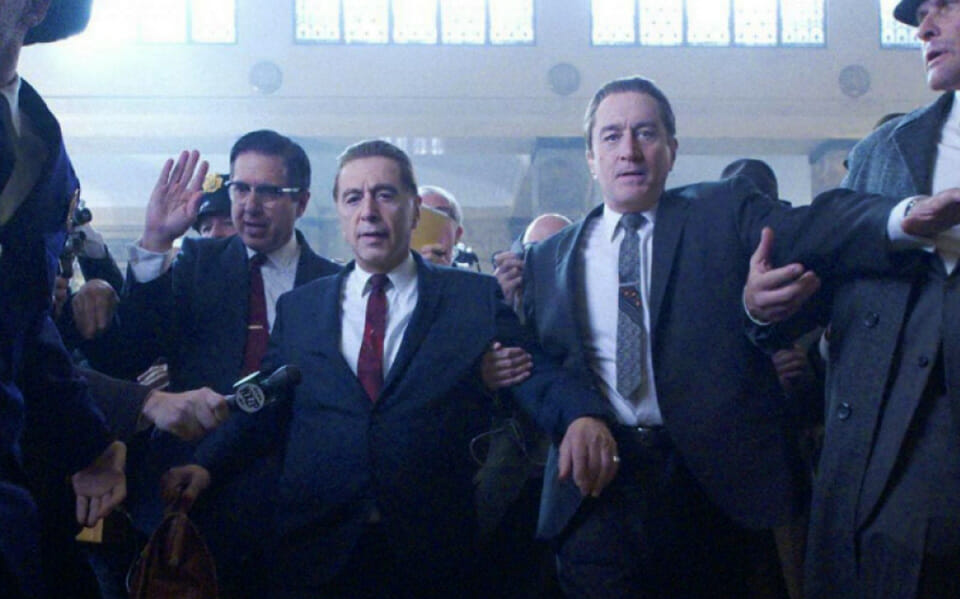 There is something more to The Irishman, also, something which lies at the heart of many of the films about the Mafia.

The influence of Catholicism on Scorsese’s work all throughout his career cannot be overstated.

This might seem strange considering how shockingly violent and profane Scorsese’s best movies have been.

But there is a persuasive logic to this. In many popular films, death and violence are addressed in the most glib fashion.

A slain character falls to the ground in dramatic fashion, to be followed by another who is felled a fraction of a second later. We see death at a distance, far removed from its ugly reality.

Not so with Scorsese’s work. A viewer of The Irishman or his earlier films is made to feel the pain of every victim.

We see the spurt of blood as a bullet enters a person’s skull or as a knife is plunged into a defenseless torso. We see the red pool slowly growing around the lifeless body of the deceased. We see it because the director insists we see it.

As others have suggested, the violence in Scorsese’s movies is far from antithetical to the religious tradition which he was raised in.

Life is sacred, and the taking of life must always be shocking, not matter who the victim is or what he has done.

Sometimes, the influence of Catholicism in Scorsese’s work is only present in mild doses, as with the sort of cultural Catholicism which Italian-American life is imbued with: the baptism of a child or the presence of a crucifix on a wall.

Here it is much deeper. The film’s first long tracking shot includes a priest ministering to patients in a nursing home, while Sheeran sits on his own some distance away, shunning all human contact.

Towards the end, Bufalino’s church attendance surprises Sheeran. But at the very end, the same priest from earlier appears to be Sheeran’s only visitor, and the one who he has turned to as he reflects upon his life and on the life to come.

Faced with their own mortality having taken so many lives, neither Pesci’s Bufalino nor De Niro’s Sheeran are fully capable of expressing remorse, and yet they know that they should.

In spite of all they have done, we cannot but feel sympathy.

This is Scorsese at his best. This is cinema at its best.

Its available to watch on Netflix on the 27th November

7 of the best things to do at Christmas